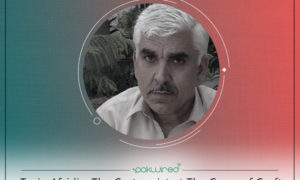 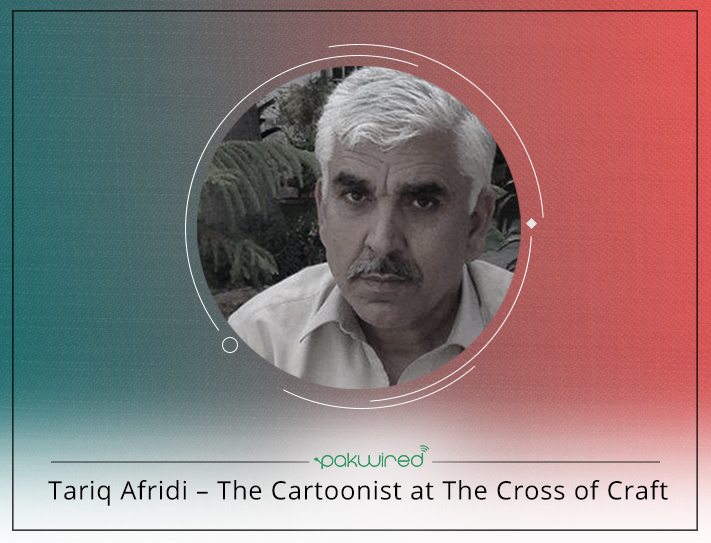 In a third world country struggling with fragile democratic structure, a Kafkaesque bureaucracy, robust militancy, and a tattered state of infrastructure, there is never a shortage of topics for a keen eye and masterful hand of a political cartoonist. What, however, remains in shortage in this dear homeland of ours, is the class of political cartoonists who can capture the essence of current political scenario and put it on paper in a matter of few pencil strokes.
Look at the work produced by Tariq Afridi, and you’d agree. 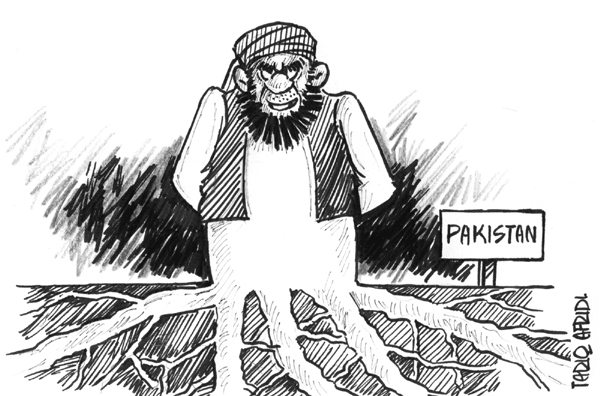 Primarily working for the Urdu newspapers, which sell hundreds of thousands of copies everyday, Afridi has been playing on the tougher grounds. In Pakistan, where 45 percent of the population is illiterate, the English-language press enjoys the readership of a minority, urban, educated audience. The Urdu press, on the other hand, is much more popular and comes at the price of being more nationalist, religious and conservative. The common thread, however, is that both the sides embrace political cartoons as a form of journalism. The cartoons, produced for both divides of the press, nonetheless, are audience specific and are tailored as such. This leaves cartoonists in Urdu press with very little freedom. Despite this lack of freedom, Tariq Afridi’s work hasn’t seen a compromise on quality. 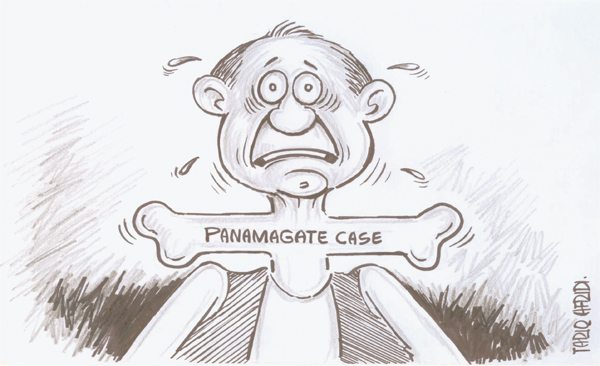 Hailing from Khayber Agency, Tariq Afridi has been plying his craft for 22 years. A graduate from the University of Peshawar, the veteran cartoonist has been working with government department of FATA Secretariat, and later with the International Committee of the Red Cross (ICRC) Peshawar.

Currently struggling to find means to make both ends meet, the cartoonist is fighting a battle we all are, unfortunately, too, accustomed to witness in Pakistan. It is the battle of a starving artisan and a stinging life.

Raising a family of seven young children – six of them still in school – Afridi often finds himself facing a blank wall as regards the opportunities in the field. But being the hopeless romantic that he is, as is the decree of the code embedded in the artistic DNA, he bounces back.

I use my observations to spark debates in audience minds. This power is huge.

Maintaining a facebook audience of over 50 thousand, Tariq Afridi is the old school artist who finds his art best expressed through the conventional platforms of press. Exploring his options, this cartoonist is currently traveling in all four corners of Pakistan.

Know of any opportunity where our talented friend could employ his skills? Get in touch via his Facebook page.