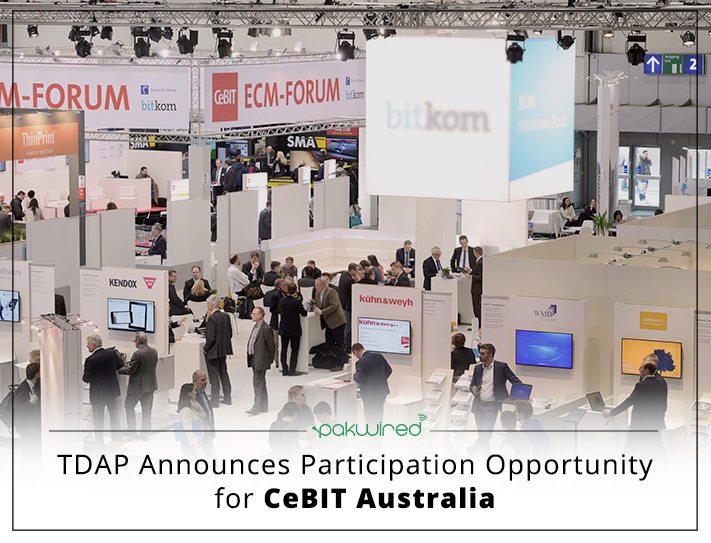 Good news has arrived for entrepreneurs and business-oriented minds of all kind! TDAP has just announced the opening of bookings for CeBIT Australia.

CeBIT Australia is the largest running business technology event in the Asia Pacific.

This is the only CeBIT event that is held outside of Hannover, Germany and it is also the only genuine event of such a scale in the Asia Pacific Region.

The event lets businessmen showcase their products in front of Australia’s leading businesses, thus, giving them more exposure. Apart from this, there are many other benefits of exhibiting your business at CeBIT. Generating sales leads, meeting government buyers (from all across Australia) and the chance to become a part of the global business community are only a few among the extensive list.

The last date to register and submit your form to participate in this year’s CeBIT Australia is the 20th of January, 2017. The event itself will be held during the month of May. Namely, between the 23rd and 27th of May, 2017.

The Trade and Development Authority of Pakistan has thus called forward requests to participate in the event.

Last year’s event, CeBIT 2016 focused on the age of the customer to highlight what sales-force and demands actually mean for a business. Apart from this, the role of women in business, especially the IT side of things was also discussed.

This year, Japan has stepped up as a partner company in helping organize and run the event. A myriad of topics will be discussed with the focus mainly being held on IT. Topics regarding cloud, big data and analysis as well as cyber security will be discussed.

A number of keynote speeches will be held on the second day of the event with greats and experts stepping in to speak out their mind from all across the world.

Finally, the floor will also be opened to the participants where they will be able to showcase their products and pitch their ideas to the best of the best in the Australian business market.