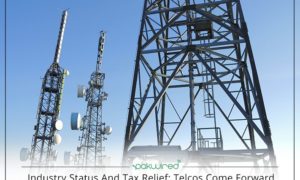 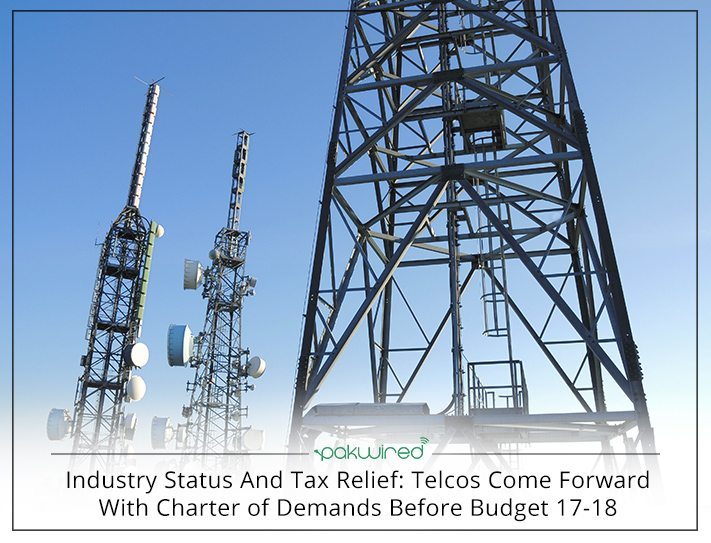 The Pakistani telco companies have asked the government to offer tax revisions in the upcoming 2017-18 financial budget. The telco companies have urged to government to eliminate Withholding tax (WHT), rationalize Federal Excise Duty (FED) and General Sales Tax (GST). The companies also reminded about the concerns related to industrial status grant between them and Federal Board of Revenue (FBR). The advanced Income Tax on auction price of wireless spectrum (4G) also remains a case of concern.

The operators have explained Pakistan Telecommunication Authority (PTA) that the rollout of infrastructure requires considerable Capital Expenditure (CAPEX). The 4G migration would mean that all telco companies will be required to import new equipment. The companies have put forward the requirement that this import should be exempt from the import duties currently levied.

The companies have also requested the government to handle provincial shipments and goods transportation in a better way. As of now, the shipment moving from Sindh to Punjab requires a separate check-in at provincial boundaries. This, according to the companies, creates unnecessary operational delays and problems in rolling out fast infrastructure projects.

There was also demand of financial incentives that would help accelerate rollout of projects. These include exemptions on withholding tax and adjustments to the GST system – helping in a net payable position.

The NGSM auction is being viewed as a potential game changer in the telecom industry. The merger of Warid and Mobilink has helped create a new player that aims to utilize this opportunity. A collective demand of all telco operators is indicative of the fact that the industry is generally unhappy with PTA and FBR.

Telecom operators maintained that FBR needs to implement the decision of the Ministry of Industries and Production which classifies the Cellular Operators as an “Industry”. The decision dated (SRO No. 1(II)/2004-InvIII dated April 20, 2004) has still not been implemented.  The Ministry of Information Technology (MoIT) reference to the CMO’s as Industry in the Cellular Policy 2004 and in its letter to the FBR in June 2014 which has also been overlooked.