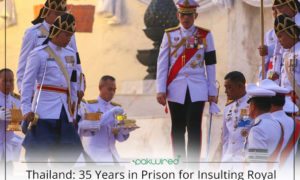 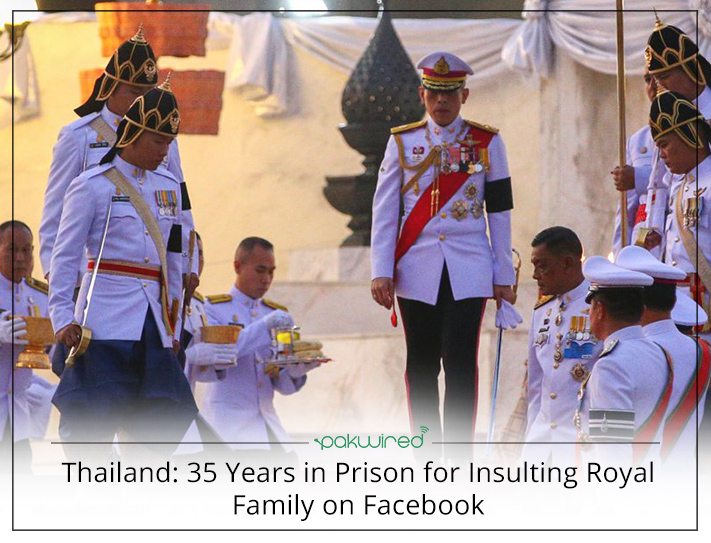 A Thai man has been sentenced to 35 years in prison after being found guilty for insulting Royal Family in relation to posts that he publicly made on Facebook.

The man identified as Wichai is alleged to have published 10 photos, videos, and comments on Facebook. The content was deemed to be violating Thailand’s strict lèse majesté regulations which outlaw criticism of the royal family.

A summary of the Case Timeline

The accusation, according to the complaint that the military prosecutor submitted to the court, can be summarized as follows:

Thailand has received severe criticism of the strict cyber laws that the country is practicing. Journalists have been banned from the hearings in most cases which take place in military courts. The UN has called the 35 years sentence “incompatible with international human rights law.” Interestingly, the original sentence for the crime was 70 years which was then reduced to half by the military court in the hearing.

The military regime that took over the country three years ago in a coup has been seen as a conservative government that has barred freedom of speech all over the country. The total number of people arrested under lèse majesté following the coup passed 100 last month.

U.S.-based Freedom House concluded that Thailand’s internet and media are “not free”.

“Internet freedom declined in 2016 as the military leadership continued its efforts to codify censorship and surveillance powers through legislation”.