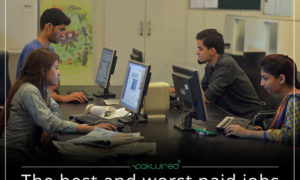 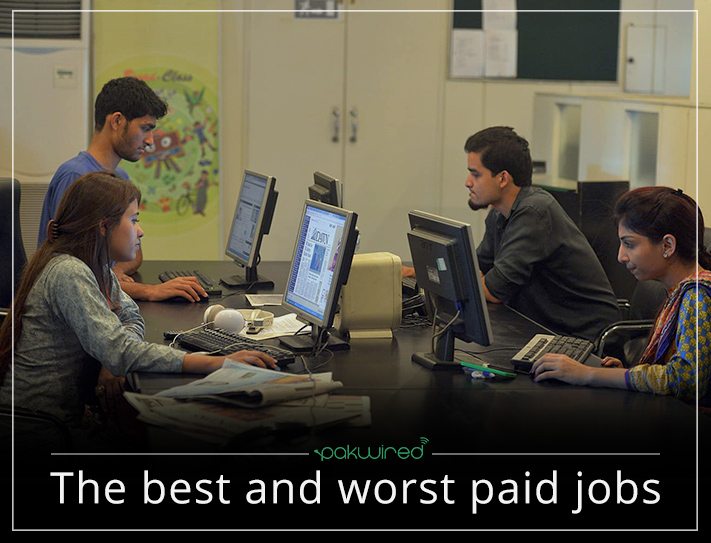 Contrary to common perception, the government is the most caring and generous employer in Pakistan for the middle to low grade workers. For the best and the brightest talent the private sector offers a promising career path.

Collectively civil and military establishments employ roughly 5m (or 5pc of 100m) people in the working age bracket of 20 to 60 years. About 1.5m are employed by the security establishment (military and para-military services) and 3.5m by the federal, provincial, district and city administrations, autonomous and semi autonomous corporations and departments.

Javed Iqbal Khan, DG, Accountant General Pakistan Revenues, confirmed to Dawn over the phone from Islamabad that there were about 70,000 people on his office pay roll but said the record of employees of provincial, city and district governments was not available at the head office.

For several government organisations such as the National Highway Authority, the Atomic Commission of Pakistan, Pakistan Television, Radio Pakistan, etc. funds are transferred annually from the budget. “They also use these resources for their wage bill. The AGPR does not need to keep a record of its employees”, Khan said.

The income gap between the top and bottom tier employees in the private sector is very wide. The government pay structure is comparatively equitable

In addition, government staff is entitled to job security, casual and privilege leaves, interest-free loans, benefits from the Staff Welfare Organisation for emergencies, grants from the Benevolent Fund, gratuity, a provident fund and a decent pension after retirement.

Except for those employed by multinationals, their equals in the private sector work harder and longer hours for leaner salaries, often without, or with limited fringe benefits and no job security. While there were some exceptions, businessmen generally are stingy pay masters.

The weak implementation of worker protection rules and lack of profession-specific salary structures enable employers to boost profits by squeezing the wage bill.

The situation is worse in the SME sector that is struggling to survive competition and worst in the informal sector.

At the top tier, however, the government pay packages are a tiny fraction of what leading multinationals and the top 50 domestic companies pay to their senior management. Against the Rs0.2-0.5m monthly salary of Grade 20 to 22 officers, the CEOs and their team of directors at leading private companies get up to Rs5-15m, depending on the size of the company.

The income gap, however, between the top and bottom tier employees in the private sector is so wide that ratios are difficult to calculate. For example a foreign bank’s CEO’s reported monthly salary is Rs13m. The same bank pays Rs12,000 to a messenger and a cleaner. The government pay structure is comparatively equitable with wage disparity ratios.

A qualified government school teacher with over 25 years of service earns a monthly income of Rs45,000 to Rs80,000. After retirement the pension of a Grade 14-15 clerk is Rs30,000 to 60,000. A person of similar qualification in the private sector, even today, works for much less without medical cover and other fringe or post retirement benefits.

Dr Masood Akhtar Chaudhry, joint secretary, establishment division concurred: “There is plenty of evidence available to show that staff gets a better treatment in the public sector. There are scores of setups like the Staff Welfare Organisation to support education, health and other expenses of non-officer cadres”, he said.

“Life is pretty hard for upright honest officers who are entrusted with authority but maintain an upper middle class lifestyle with difficulty”, he said.

The vertical and horizontal cross comparison of salaries is difficult in the absence of consolidated data and the private companies’ reluctance to share salary records. Anecdotal evidence suggests major anomalies. Wages are often too low and income disparities too wide. The pensions, if at all given, are meagre.

The 22.4m industrial workers, after the collapse of trade unions, are at the mercy of employers. The contract system has broken their bargaining strength and increased their vulnerability.

There are scores of units in and outside industrial areas where factory floors are full of daily wagers who are hired and fired at will, work without a written agreement and are paid in cash on a daily, weekly or monthly basis.

In garment factories and tanneries it is a common practice to hire workers for less than the minimum wage of Rs13,000.

Self-employed, semi-skilled people such as mechanics, plumbers, electricians, masons, etc. earn better than salesmen, riders, shop helpers etc. On an average, after 10 years of work experience in a city they earn Rs50,000 and above depending on the reputation and location of their place of work.

Those who have managed to build a reputation for themselves are said to be making ‘more than they could spend in their lifetime’ despite a high class lifestyle.

This post was originally published on: DAWN. / Image: AFP PHOTO