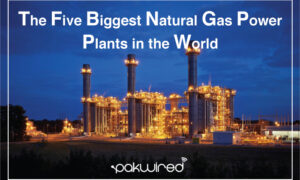 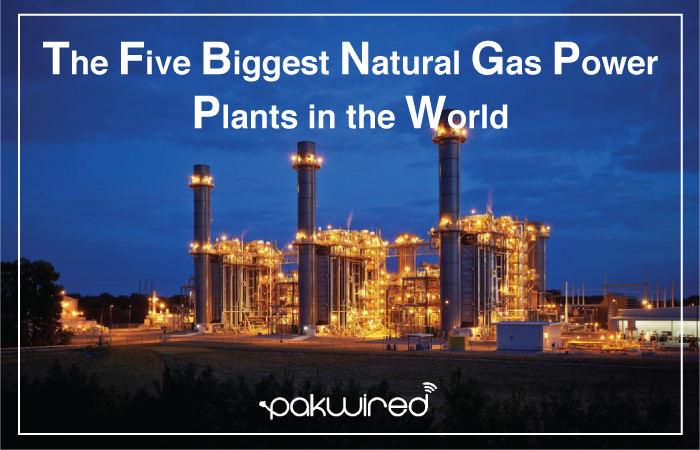 Most people who use electricity every day rely on a power plant to generate that electricity. There are various ways to do that – nuclear power stations, renewable energy power plants (hydro-electric, solar, and wind energy for example), and more traditional thermal power plants that burn resources like coal and natural gas.

Despite the rising interest in renewable energy sources, many parts of the world still rely heavily on coal and natural gas power plants. Gas power plants alone account for around 25% of the world’s electricity.

While both coal and gas power stations emit greenhouse gases and contribute to climate change, natural gas power production releases about half as much as coal-burning plants.

Because so much of the world still relies on natural gas, let’s look at five of the largest gas-fired power plants around the globe.

The Surgutskaya GRES-2 power station in Russia, also known as Surgut-2, is a combined cycle power plant. That means it relies on both gas and steam turbines to more efficiently produce power. Surgut-2 is the largest gas-fired power plant in the world with a capacity nearly 10% higher than the next power station on our list.

The Futtsu power station is Japan’s largest gas-fired power plant. It’s owned and operated by the Tokyo Electric Power Company. Like Surgut-2, Futtsu is a combined cycle power station. It includes four plants, the first of which was commissioned in 1985.

The second Japanese natural gas power plant on our list is Kawagoe, a combined cycle power plant located in Kawagoe, Mie, Japan. It has four units, the first of which was commissioned in 1989. It operates at a maximum thermal efficiency of 53.9%.

Taiwan also boasts one of the largest-capacity combined cycle gas power plants in the world – the Tatan power station (also known as the Dah-Tarn power plant or Ta-Tan power plant). It’s the second largest of all power plants in Taiwan, having lower capacity only than the Taichung coal power plant. The first two units went into operation in 2005.

One of the older power plants on this list, Japan’s Chita power station first came on line in 1966. It’s currently operated by JERA, which is a joint venture between the plant’s previous owner (Chubu Electric) and Tokyo Gas. Given its age, it’s not surprising Chita operates at a lower maximum thermal efficiency than JERA’s Kawagoe plant – just 42.5%.

Natural gas power plants – especially the more efficient combined cycle variety – provide electricity to customers all around the world. While not an ideal solution in an age where consumers worry about the effects of global warming, they still provide reliable power with a cleaner energy source than their coal counterparts.