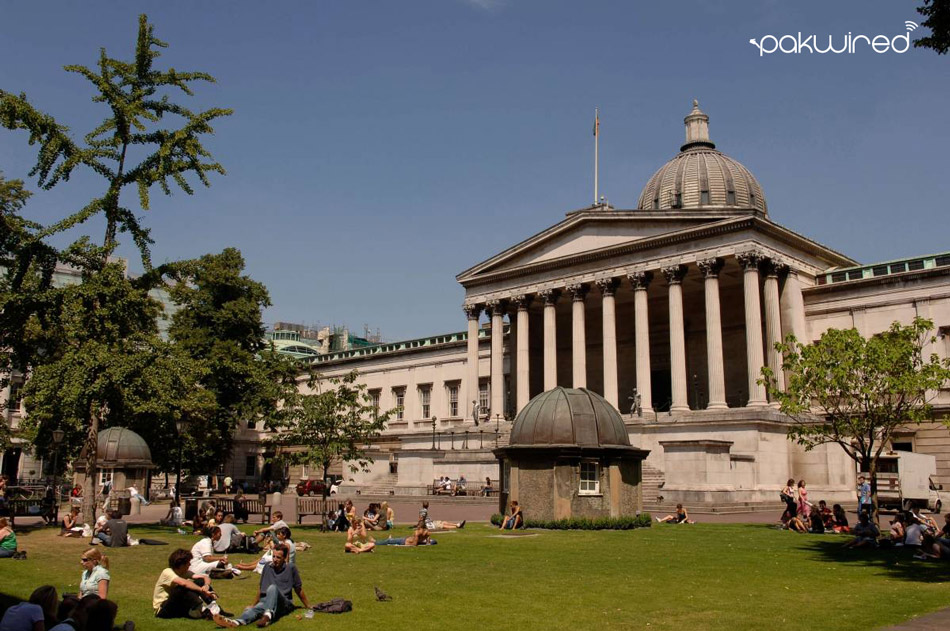 The new ranking by the Times Higher Education World University Rankings has been released for the year 2018, and it does not look pretty for the USA at the very top. For the first time in the 13 year history of this ranking, the top 2 positions have been occupied by the universities from the UK.

The University of Oxford and the University of Cambridge now hold the top two positions on the board. Despite the fact that USA has lost the top spot on the chart, the table is still pretty much dominated by the universities from there, as 7 out of top 10 spots are still help by the USA. 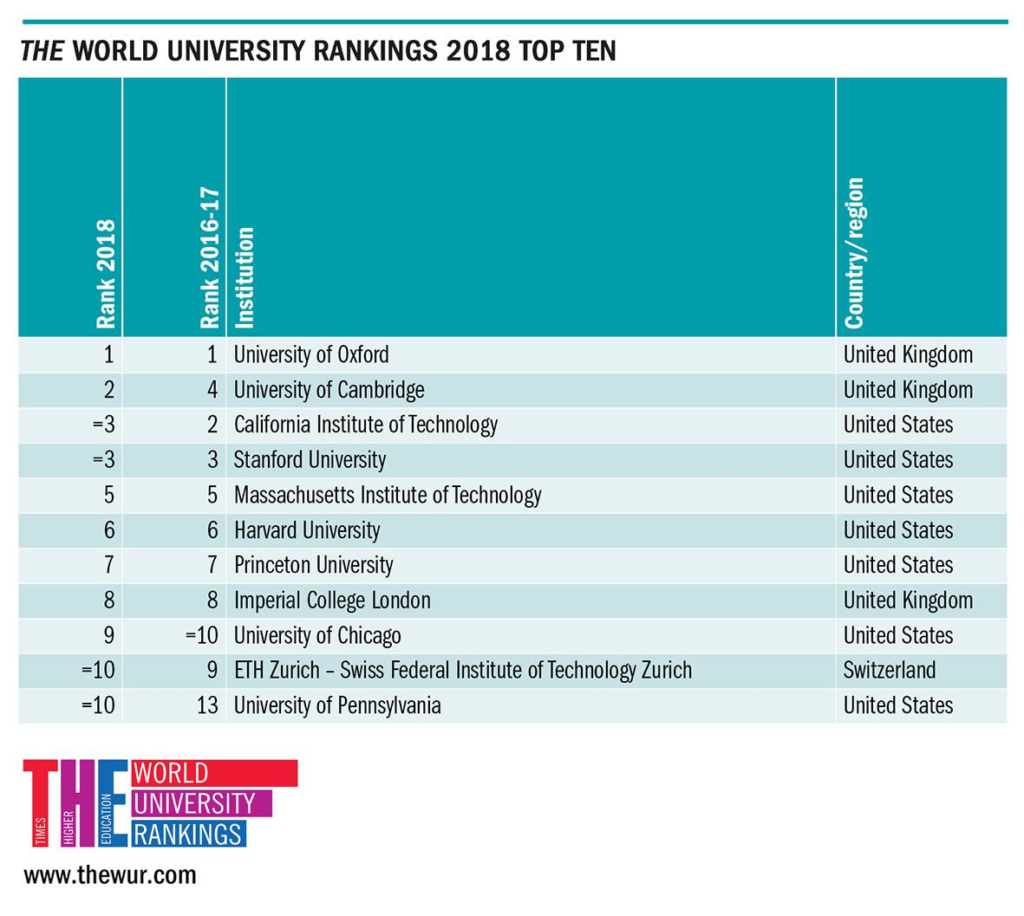 How Do Rankings Work?

Times Higher Education World University Rankings is a relatively new methodology of ranking the educational institutes around the globe. These are the only global rankings in which the research institutes are ranked on the basis of 4 key factors such as:

The points are awarded after a careful audit and inspection by a third party audit institution PricewaterhouseCoopers (PwC).

Regional break down of the Top Universities

Although the presence of USA is still overwhelming on the table, there are a few signs indicating towards a slow but a meaningful shift in the balance. As universities from Asia and Europe are gaining grounds steadily. This might be the result of the fact that top USA institutes have lost funding from the federal government over the course of previous few years. Even as early as this year, some 51 institutes saw a rapid drop in the funding from the Federal government. The situation regarding the funding is still pretty murky as the new Trump regime is cutting funds left right and center for most federal run projects across the country.

This uncertain situation in the USA has given way to Asian institutes as mainland china has managed to sneak in 3 more universities in the top 200. They are now the 6th most represented country in the elite group of 200 while Peaking University now ranks 27th in the world. There is also good news for the National University of Singapore as it has jumped 2 spots from the last year and are now sitting pretty at 22nd place. 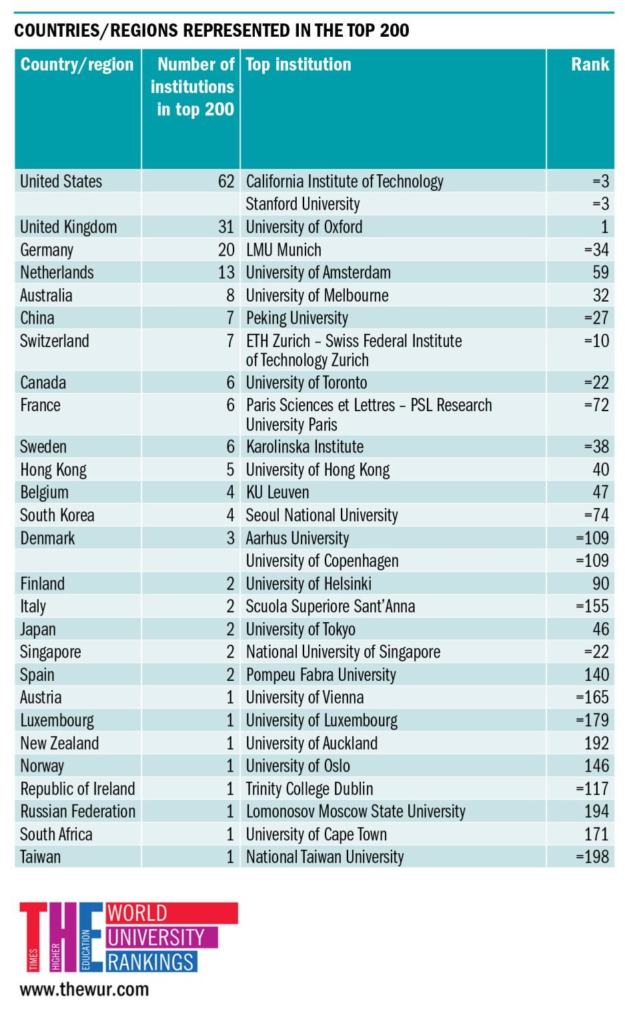 Although the success in education sector is always slow, the signs are very much there that Asia is finally catching up to the bigger powerhouses such as the USA, central Europe and Australia. And the new Times Higher Education World University Rankings have provided a substantial proof to it.

The complete list of 1000 top universities of the world can be accessed at the THE World University Rankings website.