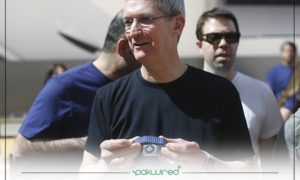 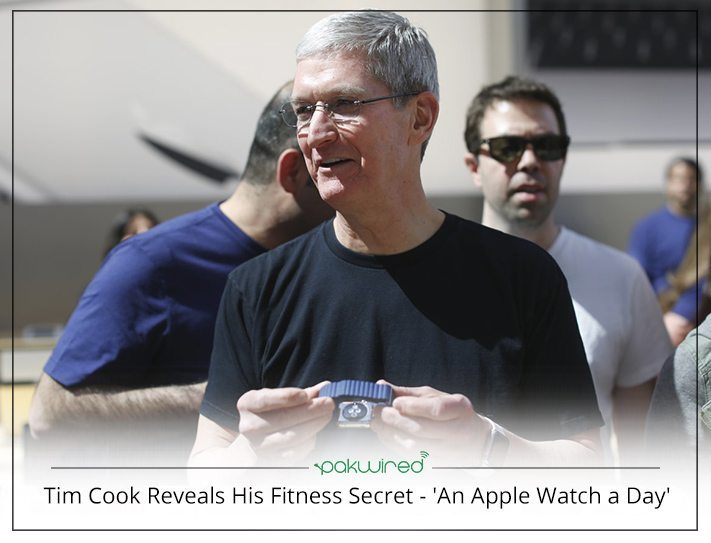 Tim Cook CEO of Apple Inc. in an interview to CNBC said that his fitness secret is basically his Apple Watch. The gadget which helps track fitness has helped Tim lose almost 30 pounds over the last year. It had not only helped him lose weight but has also hopefully added some years on his life, shared the elated CEO.

To be a corporate head of one of the leading companies in the world is no mean feat. Tim has been forever known for his almost regimental approach towards fitness. In an earlier interview, Tim stated that he almost wakes up at 4 am in the morning to get some necessary exercise into his system. The CEO accredited his early morning exercise for his good health despite his busy routine. He stated exercise as an important cog in his life that helps him remain at top of his mental game.

Where Does The Apple Watch Come Into Equation?

The Apple watch as a gadget is designed to help people follow a basic pattern of life. Unlike the exercise Mobile Phone apps, it is a wearable gadget and can be worn even when you are sleeping. The in-built timer and alarm are able to help people wake-up at a regular time every day. Apple Watch is currently directly competing with FitBit in the fitness market. Fitbit are also manufacturers of wearable fitness technology that can help you to identify your daily fitness benchmarks.

Both Fitbit and Apple watch wearable tech contains software and hardware programs that can help you set a fitness target. You can set daily step target and the wearable tech will continue to monitor the progress against the daily target. This will at the end of the day show you daily calories that were burnt in the day among other useful statistics that can be used by you to improve your daily fitness routine.

The wearable Apple watch has continued to show improved technology and innovation in 2016 and 2017. Apple had claimed at the launch of the wearable that it will convert it from an expensive accessory to an everyday wearable gadget. This is one objective that Apple can say they have fully met.

With the CEO saying that his fitness routine now owes the product something, this is one giant thumbs up for the research and development team.