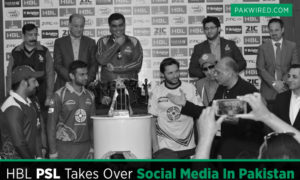 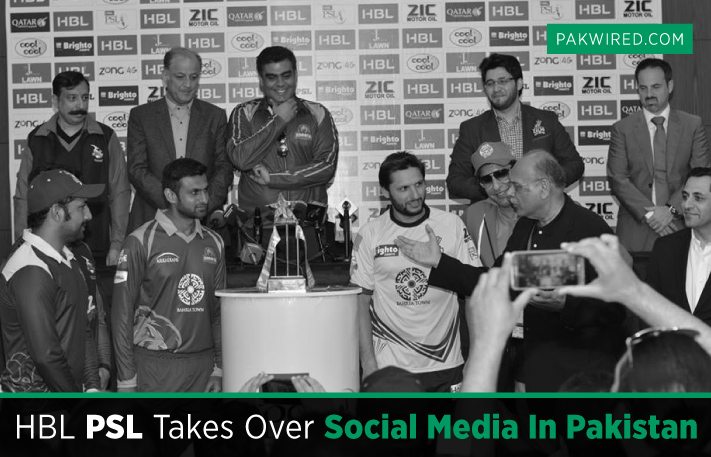 The Pakistan Super League being played in Dubai and Abu Dhabi, is igniting cricket fever again amongst Pakistanis all around the world. With many leading international players from Australia, England, West Indies, Bangladesh and Zimbabwe taking part in HBL PSL, it is sure to be a treat for cricket lovers.

Meanwhile, Twitter is burning hot with passionate tweets from supporters of the different teams. While Lahore Qalandars are taking a bashing on Twitter, Peshawar Zalmi and their man Shahid Afridi are winning Pakistani hearts once again. As for Facebook, you would see your timeline flooded with comical memes making fun of those teams that lose a match.

And with YouTube finally accessible in Pakistan, Pakistan Super League is streaming its entire matches online. With 3G/4G easily available on almost all smartphones now in Pakistan, you just can’t miss the action now. You can watch the HBL PSL 2016 opening ceremony here:

Bramerz got the contract to design the website for HBL PSL and it did a splendid job in making the site interactive.

Peshawar Zalmi and Islamabad United are the two most popular teams on Twitter with hashtags #ZalmiKaWaarLagataar and #IslamabadUnited trending in Pakistan. And Pakistani celebrities like Hamza Abbasi, Fawad Khan and Ali Zafar too are joining in on Twitter tweeting their pictures from the cricket stadium and soliciting support

These are some of the popular tweets during the event:

what a game it was; humour, tension, excitement, thrill, fun & the best part was the KP/Safi running b/ the wicket. #QUETTAvPESHAWAR #HBLPSL

Hamza Ali Abbasi met some of the girls from Pakistan Cricket during @thePSLt20 #HBLPSL pic.twitter.com/Xe0aFQEy4J