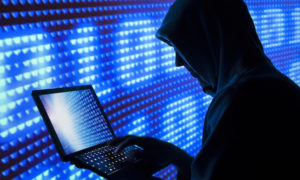 In a massive cyber-attack, top internet services like Twitter, Amazon, Netflix and Spotify have suffered service breakdown and serious outages on Friday. Plenty of users from all across the world are unable to access the aforementioned websites in what appears to be an immense cyber-attack.

According to Dyn, it underwent a distributed denial of service (DDoS) attack on the name of its domain service right after 11:00 GMT. It is worth mentioning that Dyn is an internet service company which routes and manages the traffic on internet. Dyn stated that the service was restored in about 2 hours.

However, less than 3 hours later, Dyn said it was again monitoring an attack against its DNS server.

Executive Vice President for Products at Dyn, Scott Hilton said in a statement:

“This morning, October 21, Dyn received a global DDoS attack on our Managed DNS infrastructure in the east coast of the United States. We have been aggressively mitigating the DDoS attack against our infrastructure”

The ambiguity is still being investigated by the company. Website downdetector.com has published a map which exhibits service breakdown for Level3 Communications.

“If you take out one of these DNS service providers, you can disrupt a large number of popular online services, which is exactly what we’re seeing today”

No one has so far claimed the responsibility of deadly cyber-attack. The outage was initially reported by those on the East Coast. However, enormous breakdowns were reported from Asia and Europe. A government official of US stated:

“U.S. is looking at all possible scenarios including possible cyber activity”

Companies like Spotify and Github have asked their customers to stay patient until they recover completely from the cyber-attack.