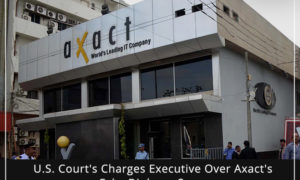 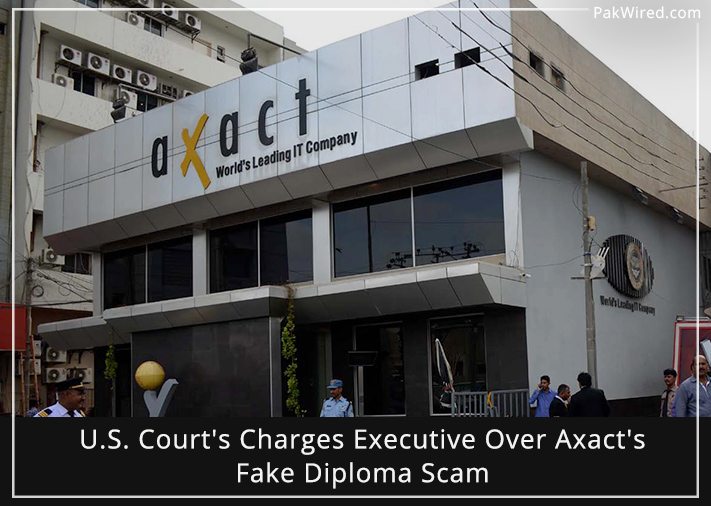 An executive at Axact, a “fake-diploma mill” scheme, has been charged this Wednesday for Axact’s fake diploma scam that affected millions of consumers.

In the latest case, Umair Hamid, 30, an executive at software firm Axact, has been  charged at the Manhattan Federal Court, USA. He faces charges that include wire fraud,  allegedly aggravating identity theft and Axact’s $140 million fake-diploma program.

He was arrested in U.S. on December 19, 2016, after being declared Wanted by New York Office of the US Postal Inspection Service (USPIS) and the Federal Bureau of Investigation (FBI).

Preet Bharara, the U.S. Attorney for the Southern District of New York, said:

“As alleged, Hamid and his co-conspirators made false and fraudulent representations to consumers on websites and over the phone to trick them into enrolling in purported colleges and high schools, and issued fake diplomas upon receipt of upfront fees from consumers.”

“As alleged, while promising the rewards of a higher education, Umair Hamid was actually just peddling diplomas and certifications from fake schools. Hamid allegedly took hefty upfront fees from young men and women seeking an education, leaving them with little more than useless pieces of paper.”

Hamid, who served as Assistant Vice President of International Relations in Axact, had served in numerous roles including managing and operating fake online companies that falsely held themselves out to the public as professional educational institutions over the years.

The complaint filed in the federal court in Manhattan alleges that throughout the course of several years, Hamid made false and/or misleading statements to consumers in order to enroll them in fake online-diploma services and sell to them fake diplomas.

He had also been responsible for many other vital tasks including managing bogus academic accreditations and maintaining online instructions and fake courses information.

The investigators found that huge sums of money had been transferred into the bank accounts in the United States in the names of shell entities, largely controlled by Umair Hamid and his co-conspirators.

A little over a year ago, Axact was shut down in Pakistan; its CEO Shoab Shaikh was prosecuted for allegedly being involved in fake diploma scheme.

Upon arriving in the United States, Hamid resumed his duplicitous business activities of selling fake diplomas with more consumer reach. Hamid and his partners have also been accused of using fictitious websites to collect money from innocent consumers for degrees that never really existed.

Pakistan had requested U.S. authorities to provide assistance in investigating Axact for corrupt practices and violations of digital and human rights. The company is believed to have millions of dollars in sales from a business based on corrupt practices.