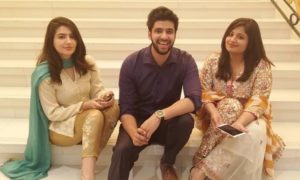 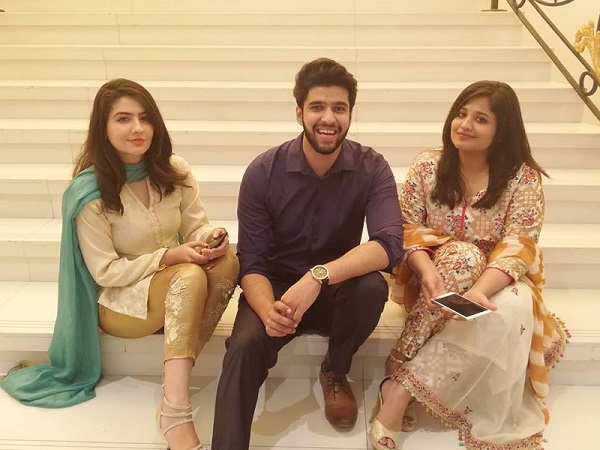 Begun by student entrepreneurs, and profitable within a year of going into business, Wedding Whizz plans weddings centred around economy and sustainability.

Aaiza Naveed remembers the turning point in her life. As an undergraduate student of environmental policy, she was completing an assignment on paper wastage when her mother threw a stack of random wedding invitations in the dustbin. She says, “That’s when an idea clicked in my head. I did a quick research on the wedding industry and what I found shocked me.

In our culture the expenditure on weddings, for a middle class or upper middle-class family, is equivalent to the expenditure on their child’s 16 years of education! We end up spending the savings of a lifetime on a three to four day event. Given how temporary these events are, it makes no sense. The trend for weddings nowadays is not to create memories but to create impressions. These short-lived impressions cost us a fortune and are crazily destructive for the planet.”

After spending some time reading up on the subject, she thought to figure out an alternate way of doing things. She was an undergraduate at Lahore School of Economics, majoring in finance and environmental policy. It seemed the wrong time to start up on many counts. But though it seemed sudden, the move had been simmering for a long while in her head.

From the beginning of her college days Aaiza became an active member of AISEC, the world’s largest youth driven organization. She was leading a team of diverse individuals all of whom were interested in making an impact through their work. While still in high school, in the midst of her A levels, she started a home-based bakery business called Bake Your Dreams. The leadership initiative and entrepreneurial instinct were in her all along. She just hadn’t found a worthy enough cause to anchor it to.

Aaiza’s environmental education, coupled with her work for AISEC, had awakened her to the planet’s destruction that is the reality of our times. But she had felt powerless to do anything about it. She says, “The whole idea of waste was troublesome, and honestly, used to give me anxiety attacks. If I ended up buying a Nestle Water Bottle, until & unless I didn’t end up refilling and reusing that bottle for the whole month, it would not quench my thirst.”

When she saw the opportunity to start a venture that would tackle her climate anxiety while trying to make the wedding industry a tad more sustainable in Pakistan, she jumped at it. Never mind the fact that she was a college student with a heavy course load. Wedding Whizz was born in July 2017.

“While being a student, it was definitely not easy to give my full attention to the business. However, now that I have nearly completed my graduation, I plan on promoting our business, and its vision wholeheartedly. I hope people around the country understand the need for sustainability in all their actions,” she quips.

Aaiza’s first order of business was to search for sustainable alternatives to the regular wedding fripperies. She says, “I started looking for solutions to cut down on paper invites and one-time-use favour boxes. We launched web invites to make wedding invitations more fun, personalized and of course paperless. The idea however had its challenges. People were hesitant since this was completely different from the old-school way of distributing invites.

To cater to the traditionalists, we began working with paper invites, but by using recyclable paper to print those. We are now working to introduce Seed Invites. These are beautiful invitations that come embedded with plant seeds. The guests can throw the invite in a corner of the garden or put it in a pot on their balcony and a plant will take root. We offer sturdy reusable favour boxes which can be reused for storage after their initial purpose is served.

Wedding Whizz is based in Lahore, the home city for all its core team members. The added advantage, Aaiza says, is that Lahore is the hub of the Pakistan wedding industry. “During the planning session with our clients, we take a picture of how they imagine their wedding to be and our team provides sustainable solutions to execute their dream wedding. 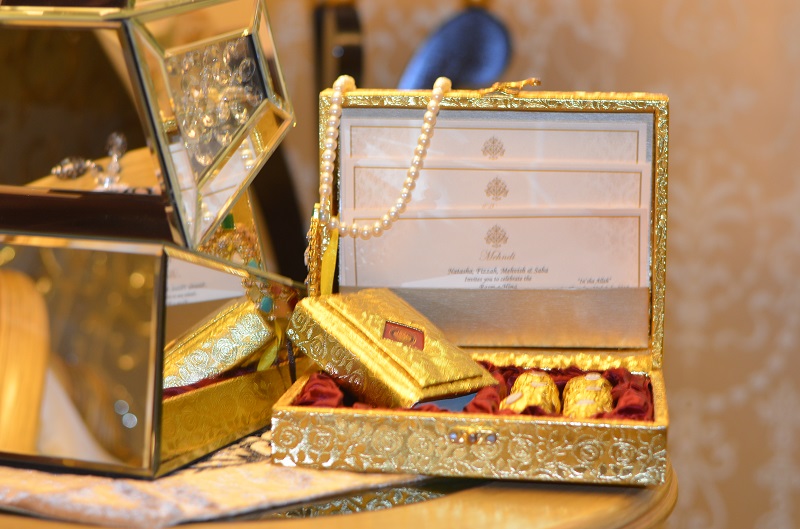 We guide them in not to spend excessive amount of money on something which will be thrown away three hours later. If they can afford it, then we push them towards durability. For example, using artificial flowers instead of fresh flowers. Or using napkins instead of tissue papers. These are just a few examples to what we do differently,” explains Aaiza.

Aaiza rues that Wedding Whizz’s main, and most stubborn, obstacle is a typical mindset they frequently encounter. She says, “People feel that they will be looked down upon if they don’t spend lavishly on the wedding. For example, having a beautifully decorated artificial flower on stage is not valued and having a stage full of plain fresh roses is preferred. No matter that it costs triple the amount and will be discarded as soon as the ceremony is over.”

She feels that this societal conditioning is more prevalent among the parents of the bride and groom who feel that it is a matter of their family reputation to have a grand wedding. The ridiculous amounts of money spent or the tons of trash created is of no concern when equated with the illusion of honour and reputation.

“I sincerely hope our future generations discard this way of thinking – one that is harmful to their own hard-earned wealth and to our beautiful planet. Only when we start looking down on people who take pride in the waste they create and begin respecting those who are mindful of their output, will we see the world change for the better,” she adds.

While Wedding Whizz’s competition is every other wedding planning company in the country, Aaiza says that there are none that centre their business around sustainability. “There is a need for this idea in the market now more than ever. Yet no one wants to focus on it.”

Wedding Whizz was bootstrapped from Aaiza’s personal savings. It has become profitable in the span of the year that it has been operational. But they need to grow more before they can start scaling. They have 750, and counting, customers from both Pakistan and abroad.

“We gained 1800% ROI within seven months of being in business. And we are growing rapidly,” Aaiza shares proudly. Wedding Whizz gleans its customer data from Facebook and Instagram insights.

Aaiza’s Wedding Whizz co-founder is Hamza Munir, a fellow university student. She says, “Hamza and I were friends before becoming co-founders. His passion for doing something different and my passion for doing the right thing just clicked together when we started this business.” Hira Shahid, the creative head, completes the startup’s core team.

Hamza’s CFA, along with his BBA in marketing and finance, makes him the ideal person to handle the company’s finance and operations. Hira’s creative eye and passion for handicrafts enables the company to innovate designs while keeping heritage in mind. Aaiza’s vision for sustainability, and the leaderships chops she polished with working with AISEC, determines the path of the company.

It is dream team, feels Aaiza. “So far there have only been ups, and no downs, in working together. We all contribute positive energy toward the company,” she says. The three are excitedly looking forward to launching Wedding Whizz’s flagship store – a sustainable outlet for all things wedding – in DHA Lahore by the end of November.

Wedding Whizz’s long-term vision is becoming the first, and most inspirational, set-up for sustainable wedding solutions. Aaiza says “Currently we are working towards providing a One-Day Wedding Solution where, in the near future, instead of spending on three to four different events to get one couple married, we will merge all those into one big event to save the costs and waste. This idea will take even longer to be accepted in the minds of our people. But Wedding Whizz will not give up till we get there.”

The hardest part about becoming an entrepreneur for Aaiza has been accepting the customer’s idea of doing things, even if that meant going against her eco-friendly principles. She recognises that for her business to make a difference in the world, it has to survive first.

She says, “Your vision and mission may be for the betterment of the society, but there will always be a group who will oppose you and it is their right to hold those opinions. Wedding Whizz started with the idea of becoming an eco-friendly wedding business. But it has been impossible to convince people to get on board with that idea. We had to give in and follow their traditional wants first to even make them hear about sustainable alternatives to those.

We’ve had to change our medium-term strategy thrice in order to get our own idea through. But speaking of now, I can see a rising awareness among people of Pakistan. Even if it’s less than 5 percent of people who are willing to act on this awareness, we realise that we have to start from somewhere – no matter how small.” 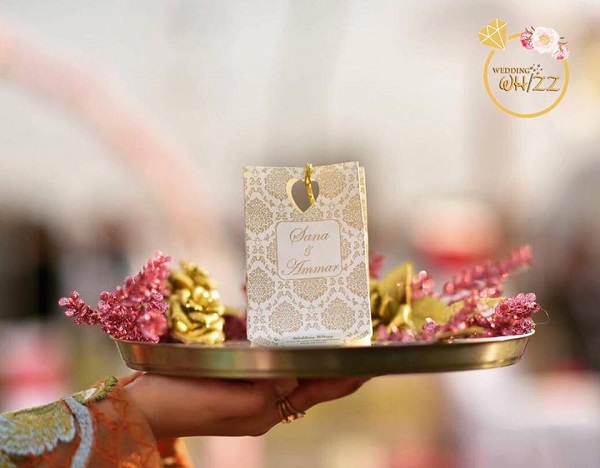 Despite the many learnings and failures she’s encountered, they’re all offset by the sheer privilege of being an entrepreneur. Aaiza says, “To me the best part of being an entrepreneur is the freedom – the freedom you get in terms of making a decision for your business and then seeing the impact of those decisions. The satisfaction of doing something good for your society. We have been able to challenge the traditions which people burdened themselves into following. Giving those traditions a new perspective has been so far our greatest achievement.”

Aaiza remembers a time when the going got too difficult and she was ready to give up. A close friend gave her an advice she cherishes to this day. He told her, “Never give up. Great things take time.”

Her own advice to young upstarts wishing to change the world: “Be patient. The successful results won’t come running to you in the beginning, but they will walk towards you slowly. Sometimes, you have to go through the worst to get the best.”