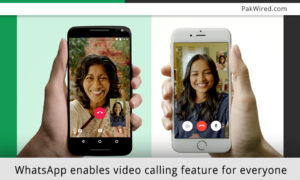 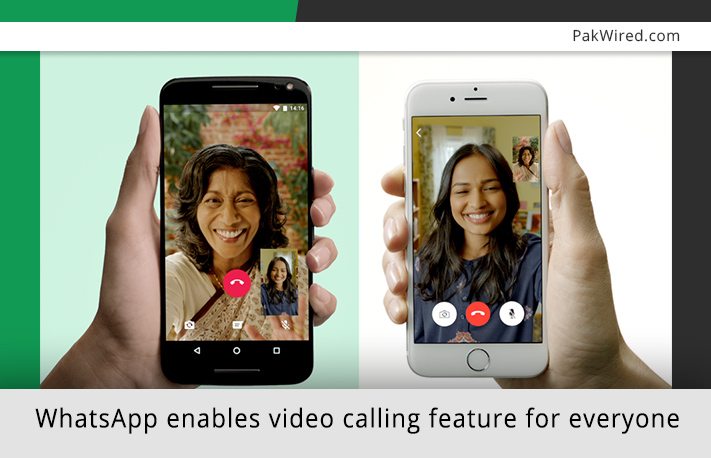 World’s most popular and instant messaging app, WhatsApp has finally enabled the video calling option for everyone. It was on the cards since WhatsApp has over 1 billion users and there was a growing need of the feature especially with the likes of Facetime, Skype, Tango etc around.

The option of video calling was in its beta testing phase recently on Android and Windows Phone which indicated a debut of the feature. However, Facebook-owned chat service WhatsApp has officially announced to launch the feature in chief mobile platforms.

With the launch of this new feature, WhatsApp has done a favor to their billions of users. They won’t be required to switch between different services like FB Messenger, Skype, and Tango for video calling. It remains to be seen how quickly users of WhatsApp get accustomed to this new feature.

A user can also switch between the forward-facing and rear camera during the call itself. In addition, the option of putting the call on mute is also there.

The procedure of making video calls on WhatsApp is very simple. All you need is to tap on the regular call icon in a specific chat on the top right of the screen. Subsequently, you will be shown two options: either to make a regular call or a video call. You can tap on the latter one to start talking to your loved ones.

WhatsApp had to go through number of challenges while implementing the most demanded feature. One of the key trials was to make the service available for people who used the older version of phones or those with relatively slower internet connection. Their blog post stated:

“We want to make these features available to everyone, not just those who can afford the most expensive new phones or live in countries with the best cellular networks”

The biggest instant messaging service probably took a dig at Facetime with the aforementioned statement which works on Apple devices only.

Video calling feature will be available for Android, iOS and Windows devices. The update will be rolled out in Pakistan in next few days.