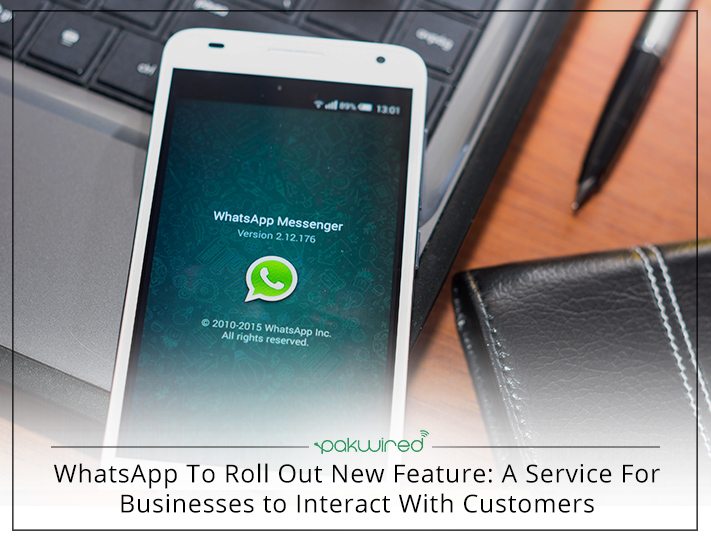 In a first of its kind development, WhatsApp – the popular messaging app owned by Facebook and used by 1.2 billion people, is working on a service that would let businesses interact directly with the app users.

According to the project communications, Reuters reported, the tests are being conducted with a handful of companies that are a part of the Y Combinator startup incubator. The popular messaging app has not embraced a business model in the three years since Facebook acquired it for $19 billion. Insiders see this development as an indicator of how WhatsApp may consider the service to generate revenue utilizing its huge user base.

WhatsApp and WeChat are the two major messaging platforms used all over the world. While both are popular among its users, the former appeals to people of all ages, from students to professionals. WhatsApp is clearly leading the way with 1.2 billion users. The engagement rate of its users is sturdy enough to keep its competitors at bay.

One promising revenue channel WhatsApp plans to deploy is to charge businesses that want to interact with customers using the service. By aligning themselves in the right direction, the company hopes to avoid getting tricked by spam campaigns, the documents revealed. Moreover, the company is surveying users about the extent to which they interact with businesses on WhatsApp, and whether they have ever received spam messages.

Recently, WhatsApp penned a deal with Y Combinator, the influential startup incubator that had swaddled Airbnb, Dropbox, and Reddit, to have a small number of companies take part in an early trial, according to the information posted on a Y Combinator forum.

“We do generally see a lot of companies wanting to test their products with YC cos.”