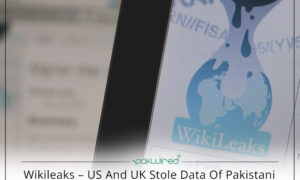 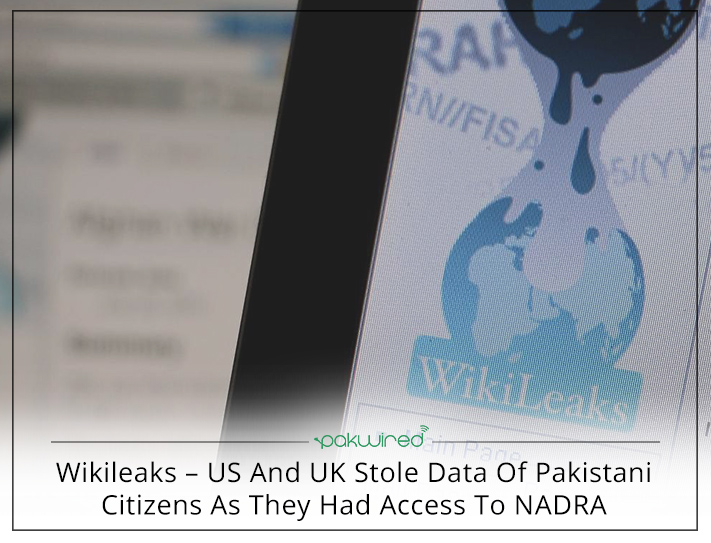 In a latest development, Wikileaks has exposed the US and UK of stealing data of Pakistani citizens since they had direct access to National Database And Registration Authority (NADRA) database.

By establishing a front company known as International Identity Service in UK, both the US and the British Intelligence of UK, MI6 snapped the data of the voters. It is relevant to state that the company was formed in a consultant role for NADRA. However, the nature of the access is still unknown. It may be premature to evaluate about how far both US and the UK essentially penetrated in the system.

Also Read: There’s more about you in your CNIC number than you know

It is worth mentioning that National Security Agency (NSA) used to contaminate the systems by setting up front companies. Additionally, it also had different gears to access to deeper networks across the globe. 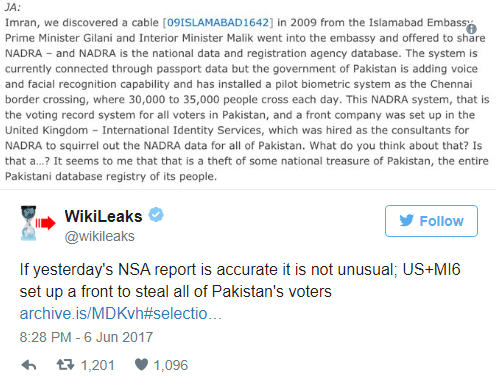 One of the most bizarre and outrageous development was that the leaked cable from US Embassy to Islamabad suggested that the former Prime Minister of Pakistan Yousuf Raza Gillani and former Interior Minister Rehman Malik themselves visited the embassy to offer the sharing of NADRA’s database. It needs no mentioning that the said database contains the index of information maintained by the State of every single Pakistani citizen.

Furthermore, in a call between Julian Assange and Imran Khan, the former references cable code [09ISLAMABAD1642] and said:

“We discovered a cable in 2009 from the Islamabad Embassy. Prime Minister Gilani and Interior Minister Malik went into the embassy and offered to share NADRA – and NADRA is the national data and registration agency database.

The system is currently connected through passport data. However, the government of Pakistan is adding voice and facial recognition capability. It also has installed a pilot biometric system as the Chennai border crossing; where 30,000 to 35,000 people cross each day. This NADRA system, that is the voting record system for all voters in Pakistan, and a front company was set up in the United Kingdom – International Identity Services, which was hired as the consultants for NADRA to squirrel out the NADRA data for all of Pakistan.

It seems to me that that is a theft of some national treasure of Pakistan; the entire Pakistani database registry of its people”