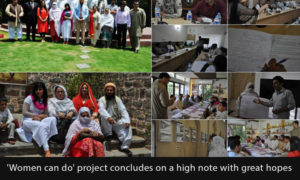 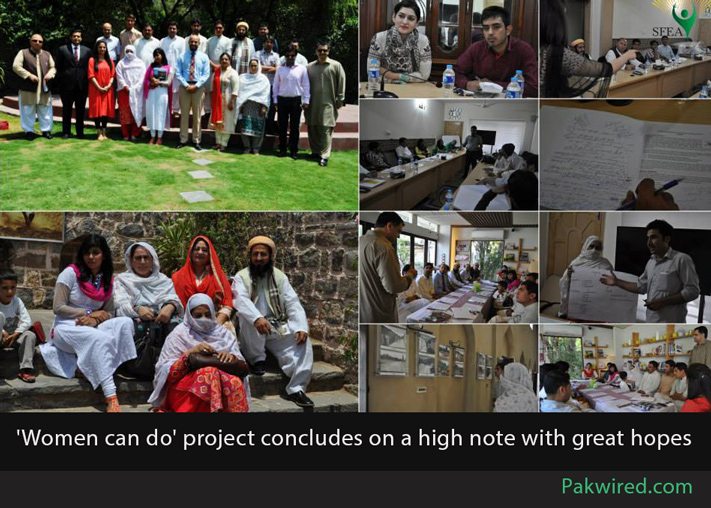 The project ‘Women can do’ is funded by the US Embassy and it is carried out by the Shaoor Foundation. This project is among the many entrepreneurship-related initiatives supported by the US Embassy. It was recently concluded with great hopes. In addition, it also carries a lot of potential for the women in Pakistan.

The project manager at ‘Women can do’, Durreshawar Mahmood believes that many women across Pakistan want to become budding entrepreneurs. However, they lack direction and do not know where to begin from.

Entrepreneurship and the women of Pakistan

As many as 3000 women in different parts of Pakistan received entrepreneurship training under ‘Women can do’ project. The training programs were conducted at the public universities and madrassas across Pakistan.

Since the project is carried out by the Shaoor Foundation, their staff was also involved in a series of policy discussions with the officials of government. Moreover, they also coordinated with business representatives, educators and others to recognize and address the obstacles to women’s entrepreneurship in Pakistan.

During the final conference of the 1 year initiative, Durreshawar Mahmood stated:

“While training and inspiring women in universities and madrassas to pursue their goals, we have also worked with officials and others to ensure future generations of Pakistani women have more resources and fewer challenges when seeking to start their own businesses”

Additionally, she stated that supporting women entrepreneurs in the country has a ripple effect on families, cities and villages across Pakistan. The project manager further added:

“Successful entrepreneurs create jobs for other women and men. They offer innovative solutions to problems. They deliver essential services and support their families”

American Ambassador to Pakistan, David Hale also graced the occasion with his presence. While speaking to the audience, he encouraged the representatives of public and private in continuing their sincere efforts to back women’s entrepreneurship in Pakistan. Subsequently, it will help in fostering economic activities in the country.

This project is financially supported by the American Embassy. It sends promising entrepreneurs of Pakistan to US on exchange programmes. Moreover, it has also extended its support towards the establishment of the WECREATE center for women’s entrepreneurship in Islamabad.