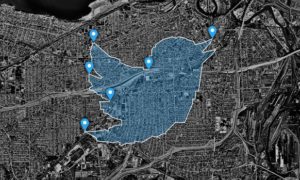 If you thought that keeping an anonymous account at twitter was the key to maintain your online privacy, you couldn’t have been more wrong. Twitter is equipped to automatically predict, within minutes, exactly where you live with more than 90 percent accuracy. According to a recent research report, Twitter can also predict, to a degree of freaking accuracy, where you work, where you pray, where you play and even if you had been to a rehab.

A group of researchers from the University of Illionis, US and Greece’s Foundation for Research and Technology carried out a joint investigation. They developed an algorithmic tool called called “LPAuditor,” or “Location Privacy Auditor.”

In 2009 Twitter had introduced for its users the ability to tag tweets with a location. With this provision of geotagging the tweets Twitter deployed an “invasive policy”, as the researchers chose to name it. This tool is designed to exploit this policy. A number of platform users have been involuntarily sharing their precise GPS coordinates with Twitter for years—even if their tweets had been marked with a location as geographically broad as “New York City.” Neither the users, nor their followers would find the location coordinates displayed on Twitter profile. However, the GPS information would still be stored in the tweet’s metadata and accessible through Twitter’s backend API.

This policy of retaining the user’s precise geotag coordinates within the Twitter API continued until April of 2015. After that the policy was revised and according to the new policy, a user must opt-in to share his/her precise location—and, thus has a control over the privacy. Despite the shift in policy, the earlier sent GPS data the users had shared before the update is still available through the API to this day.

Now, let us help you with the cure, tada!

In case you have already sent some location data, it is very ease to delete it off Twitter now. To remove your location history stored within Twitter API, visit the “Privacy and safety” screen on your Twitter account settings via web interface. Near the top of the page you’re likely to find:

Now you can proceed with turning off “Tweet with a location,” to avoid feeding the Twitter’s API about your location in the future. To remove the earlier stored geotag coordinates within your tweets’ metadata, click on the “Delete location information” tab.