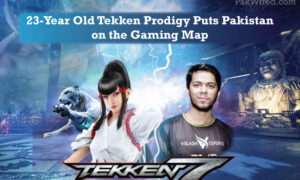 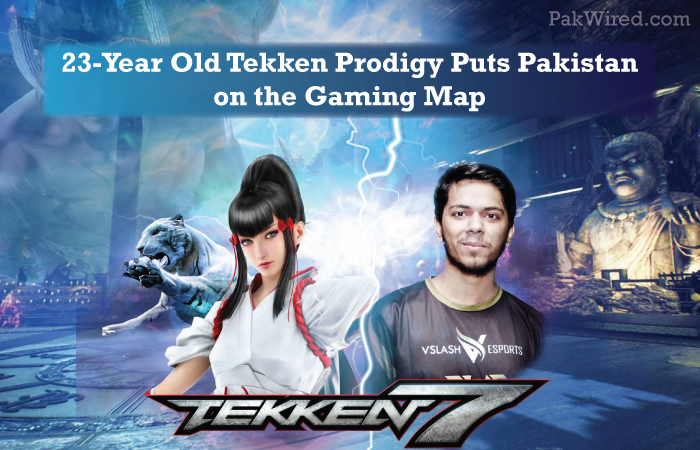 Pakistan has it’s fair share of negative publicity due to poor living conditions and a lack of social initiatives for youth amongst many other things, but those destined to succeed create their own destiny. One such person is Arslan “Ash” Siddique who recently won two respected Tekken tournaments.

In February this year, an unknown youngster managed to convince his parents to send him to the 2019 offering of Evo Japan – a fighting game tournament hosted in many cities worldwide. Siddique probably thought that convincing his parents would be the hardest part of the journey, but to someone relatively new to international travel, the future had a few more challenges in store.

He had to fly to Malaysia first before heading to Tokyo, before the last leg of the journey to Fukuoka – the nearest airport for the tournament. He was stranded due to visa issues and had to stay in the terminal for a whole day whilst alternative flight arrangements were made and the issue was resolved. Sadly, the exchange machine didn’t allow him to convert rupees to Japanese Yen, which meant he had to go two days without food on a water only diet. Travelling for a total of three days on 5 flights and with a low food intake he managed to make it to the tournament – heading directly from the airport to the venue.

Arslan didn’t let his jet-lag become a hinderance to his performance though. After some tough rounds, he emerged as the winner of the tournament. He was described as the player who ‘came out of nowhere’ by a news site for gaming. He went in the underdog and somebody who was probably at the lower end of the favourites list but was the last man standing.

Everyone loves the underdog story and after a whirlwind experience, Siddique was a gaming legend. In the process he also put Pakistan on the map of gaming nations. Gamers know that if Arslan is good enough to win the Evo tournament, there must be an extremely competitive gaming circle within Pakistan too.

‘Rox Dragons KNEE’ a legend of the Tekken game and one of Siddique’s opponents has indicated that he may come to Pakistan to learn some Tekken too. This shows the interest generated by Siddique’s win, as well as the respect gained.

Last month, Siddique, with a lot more pressure on his shoulders and many wanting to take his title from him went to Evo Las Vegas – the bigger brother of Evo Japan. Luckily no travelling issues were faced and he went into the tournament fresh and ready to defend his title. A few games later, Siddique had cemented his position as the Tekken Maestro world-over. He wasn’t a fluke. He commanded respect. He was here to stay.

Back in his home city of Lahore, he has gained some popularity and rightly so. After all, it’s not easy becoming a Tekken superstar. Siddique has been featured in many local sites/blogs as well international gaming sites and even the Washington Post. He says people recognise him on the street and in malls now – ‘It’s a real celebrity feeling‘.

It’s great to hear of Arslan’s story. He had many challenges along the way but came out on top. Along with Arslan, Pakistan also gets to see the limelight in the gaming ecosystem and hopefully other great players can now use the foundations created to better their game and represent Pakistan in the future.