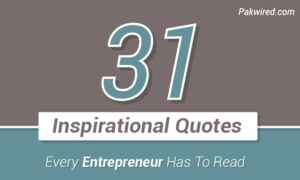 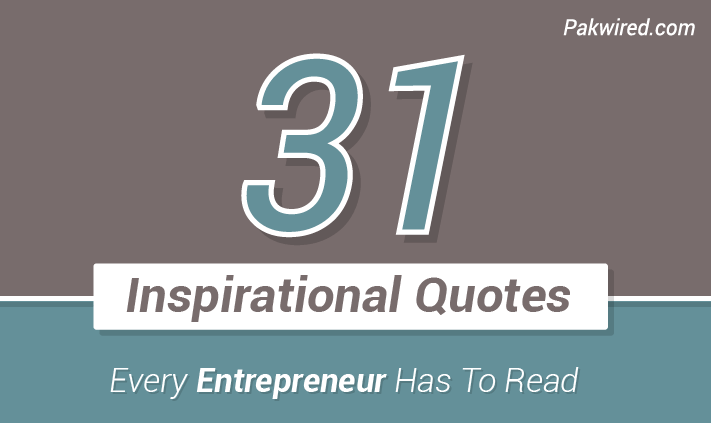 Sometimes as an entrepreneur, you need a little inspiration. You’ll fall into a rut and need some motivation to get you out of it. It’s nothing to be ashamed of or worried about, as the reality is you can’t be on the top of your game, feeling 100%, every single day of the week.

And a lot of the time, that inspiration can come by reading about the views of other entrepreneurs, with these quotes offering a fantastic insight into the lives of those who’ve succeeded before you.

I’ve missed more than 9,000 shots in my career. I’ve lost almost 300 games. 26 times I’ve been trusted to take the game winning shot and missed. I’ve failed over and over and over again in my life and that is why I succeed.

Don’t worry about failure; you only have to be right once.

Fail often so you can succeed sooner.

It’s hard to do a really good job on anything you don’t think about in the shower.

Entrepreneur is someone who has a vision for something and a want to create.

Every day that we spent not improving our products was a wasted day.

Timing, perseverance, and ten years of trying will eventually make you look like an overnight success.

It’s more effective to do something valuable than to hope a logo or name will say it for you.

I knew that if I failed I wouldn’t regret that, but I knew the one thing I might regret is not trying.

You don’t need to have a 100-person company to develop that idea.

If you are not embarrassed by the first version of your product, you’ve launched too late.

What do you need to start a business? Three simple things: know your product better than anyone. Know your customer, and have a burning desire to succeed.

You shouldn’t focus on why you can’t do something, which is what most people do. You should focus on why perhaps you can, and be one of the exceptions.

The way to get started is to quit talking and begin doing.

I like to pride myself on thinking pretty long term, but not that long term.

You don’t learn to walk by following rules. You learn by doing and falling over.

I never took a day off in my twenties. Not one.

I made a resolve then that I was going to amount to something if I could. And no hours, nor amount of labor, nor amount of money would deter me from giving the best that there was in me. And I have done that ever since, and I win by it. I know.

If you’re not a risk taker, you should get the hell out of business.

When you find an idea that you just can’t stop thinking about, that’s probably a good one to pursue.

Waiting for perfect is never as smart as making progress.

Every worthwhile accomplishment, big or little, has its stages of drudgery and triumph: a beginning, a struggle and a victory.

I’m convinced that about half of what separates the successful entrepreneurs from the non-successful ones is pure perseverance.