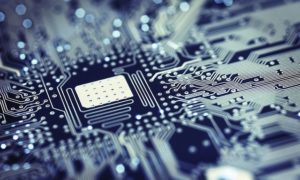 The 3G/4G auction continues to be delayed, in a country where Internet users are eagerly awaiting better Internet speeds on their mobile devices. On March 12, the Director General – Enforcement of Pakistan Telecommunication Authority had announced an auction date of April 7, 2014 to the Supreme Court, but the date has yet again been moved, this time to April 23.

“The auction is scheduled on 23rd April, while the sealed bids will be submitted to PTA on 14th April 2014,” states the latest announcement, released by the Finance Ministry on the evening of March 13, 2014. The auction is thought to raise USD 2 billion, and help the government raise much needed revenue, as well as drive economic growth. Neighbouring countries like Bangladesh and Afghanistan already have the technology, which has been late to arrive in Pakistan. According to reports, the growth in broadband penetration caused by the new technology will increase GDP growth rate by 1.3%.

With a growing demand for smartphones, and related technology, there is huge potential for 3G/4G in the country, something the telecom companies are aware of. They were, however, wary of the Information Memorandum (IM) issued by the government in February. The companies had been asked by the government to provide feedback on the IM by March 10, and as a result of some issues that were raised, it will now be revised by the government and released on March 17.

Turk Cell, the only new entrant in the Pakistani telecom market, has asked that the base price of license set for new entrants – $291 million from 850 MHz – is too high and should be lowered. A delegation of the company visited Pakistan last week to discuss revisions in the IM with State Minister for Information Technology Anusha Rehman and PTA chairman Syed Ismail Shah. Turk Cell is also requesting that current Telecom companies in Pakistan not be allowed to roll-out service until one year after the new entrant – in order to give the new entrant time to establish a foothold. The government is trying to encourage outside investors in the market in an effort to generate more revenues by creating competition amongst the companies. Currently there are five telecom companies in Pakistan, with four of them likely to participate in the auction along with Turk Cell. Saudi Telecom was previously expected to participate in the auction as well, but is rumored to no longer be interested.

The current telecom companies operating in the country have raised concerns over a few issues as well, such as the terms, spectrum types, the soft corner being shown to new entrants, and the number of licenses being awarded.

According to Business Recorder, “the IM is designed to create an artificial spectrum scarcity. The country has five operators but only three slots of spectrum in the 2.1GHz band for 3G are being offered. This could create a fierce competition and hike up prices in this band; but it could also lead operators not to engage in the auctions. The government is also offering two slots of 1,800MHz and one in 850MHz. However, it is not allowing all operators to bid for it and only winners of the 2.1GHz or a potential new entrant could participate.”

They are also not pleased that the new entrant will be free to use national roaming and infrastructure, where it can request infrastructure sharing under the terms of the license. The number of guarantees required for the payment of regulatory fees, which is driving up the auction price, is also asked to be removed, as there are already other penalties in place for non-payment. The IM, in it’s current form, states that the winning bidder can either pay 100% of the initial fee within 30 days of the auction, or pay half the fee within 30 days and the remainder over 5 annual installments with a mark-up rate.

Once the Information Memorandum is finalized, operators will have till March 19 to submit inquiries, after which the PTA will assess the applicants and announce qualified operators by March 28. The government is focused on ensuring that the best service is provided to the customers. The Finance Minister emphasized the government’s wish to ensure that the consumers get the best technology, along with international quality, while ensuring the whole process was transparent and carried out with professionalism. They have also asked the PTA to launch a campaign to raise public awareness about the new service.