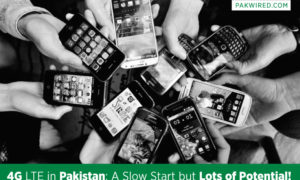 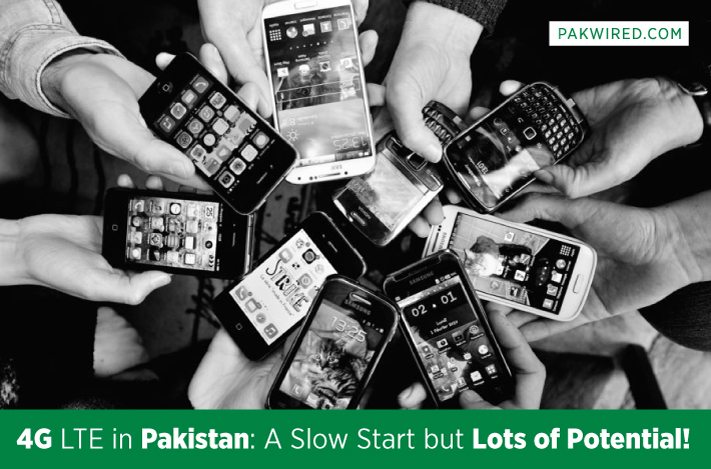 A lot of exciting things are happening in the Pakistani telecom ecosystem!  Pakistan is among the fastest growing mobile markets in the world. A recent article reveals that a whopping 65% of the country’s population owns a mobile phone. This is pretty significant for a developing country. With the explosion of smartphones, the need for associated services – like fast mobile connectivity – becomes very high.  One of the most important aspects of having a smartphone is the ability to be connected on-the-go.  The need for fast data transfer brought 3G and 4G technology to Pakistan in 2014.

The 3G and 4G spectrum ushered us into a new era of mobile connectivity and made it possible to perform many data dependent tasks on-the-go.  Why do we need super-fast mobile connectivity?  Well, it was discussed in a recent article that almost 90% of the mobile internet activity is on the web, which requires fast internet speeds as opposed to using apps.

The next upgrade to mobile connectivity in Pakistan was the recently launched 4G LTE service.  It offers speed from 3Mbps to 28Mbps. Just as with anything new, we had high expectations from the LTE service. However, a recently released report by OpenSignal, revealed that Pakistani telecom companies are not delivering on the true potential of 4G LTE.  The report says that Pakistan is fourth from the bottom with average speed of 4 Mbps.  To put this in perspective, the average speed around the world is 13 Mbps, with the highest speeds achieved by South Korea and Singapore at 37 Mbps. Even India is offering 13 Mbps. The report further shows that for a couple of Pakistani telecom companies (Zong and Warid), the speed has actually declined. 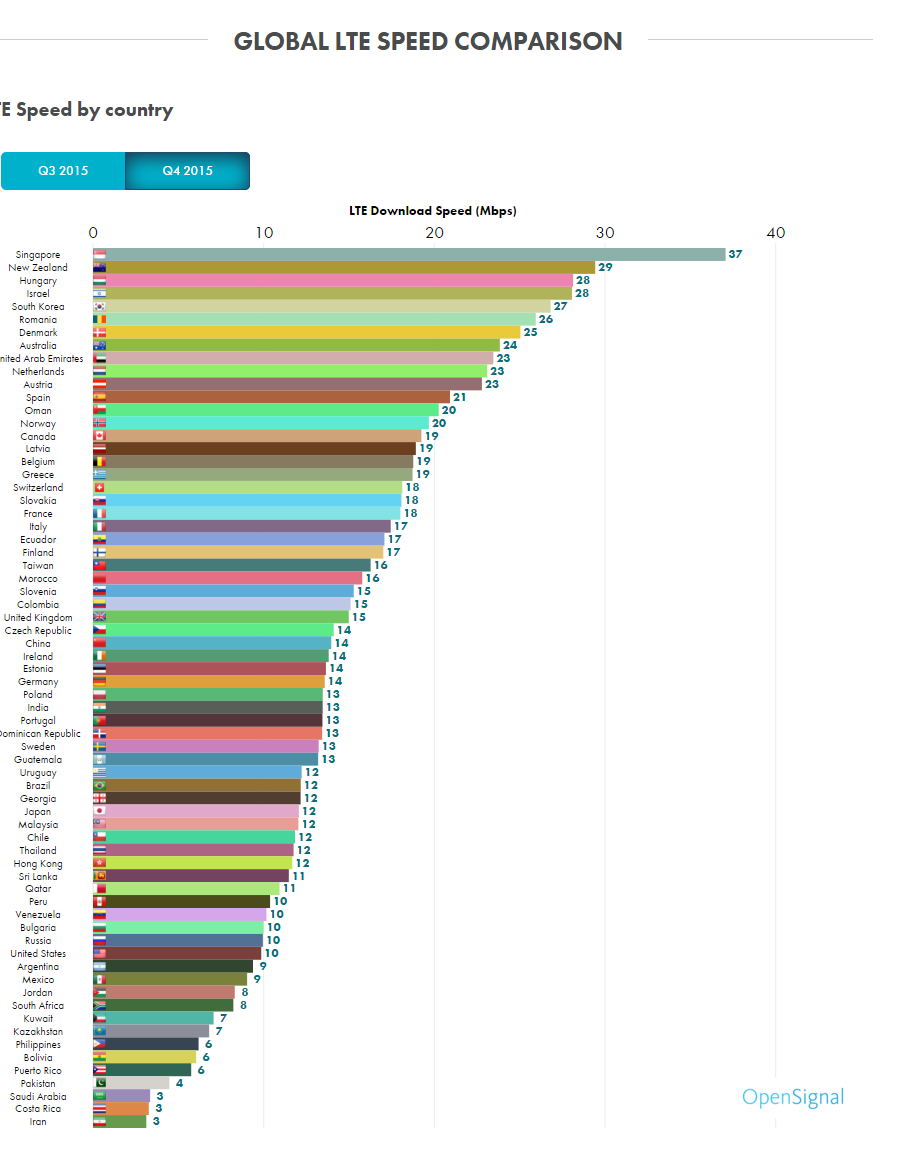 Here is how OpenSignal distills its report’s findings:

“…” five straight years of 4G rollouts, we’re starting to see LTE reach maturity in several markets. In countries with the most extensive 4G footprints, LTE coverage is nearly on par with 3G coverage, and in South Korea and Japan, 4G availability has actually exceeded 3G. In those two countries you stand a slightly better chance of connecting to an LTE network at any given moment than you do to an HSPA or CDMA network.”

We continue to see average 4G speeds trend higher across the world.  We’re seeing a much greater number of ultrafast networks around the world. A year ago, an average 4G speed of 20 Mbps would have been a truly impressive feat, but today there are 15 countries and 52 individual networks that meet or exceed that mark.”

“This inflation of speed is really two distinct trends. On the one hand established LTE countries like Singapore, South Korea, Denmark, Hungary and Australia are plowing more resources into their networks. They’re adding capacity by deploying LTE on new frequency bands, and bonding those disparate bands together with new LTE-Advanced technologies. The result is not just greater capacity — allowing more users to tap consistently fast connections — but a big increase in peak speeds as users get access to more of a network’s overall bandwidth.  The second trend is what we like to refer to as the “new network effect”. We’re seeing a lot of new 4G networks come online in the last year in South America, Southeast Asia, the Middle East and Eastern Europe, and some of them are debuting with some impressive speeds.”

Although we are at the bottom of the pile, there is nothing stopping us from moving up before the release if the next report.