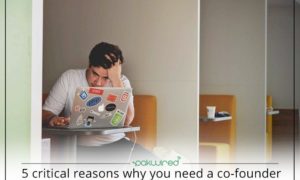 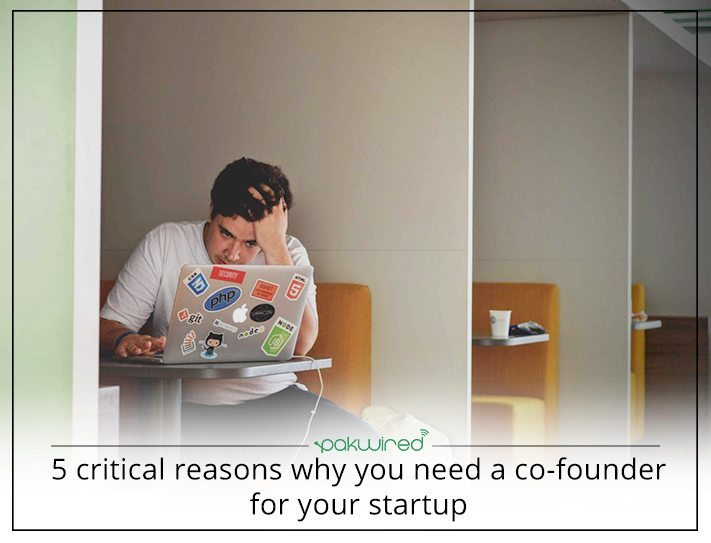 More than 90% of startups fail within three years after launching. It’s an astonishing statistic that forms the basis of most interesting discourse around startups. These are inherently high-risk ventures that involve a large number of variables, many of which are outside the founder’s direct control.

For example, most founders cannot afford to be in Silicon Valley to grow their startup. Similarly, most founders cannot identify the optimal market conditions needed for their startup to succeed; Facebook was thematically similar to many social networks before it but it launched and scaled at just the right time to grow into a worldwide phenomenon.

Yet, there are certain variables which are in the founder’s direct control. Variables such as achieving early product-market fit, and raising funds. A crucial, directly controllable variable is your founding team, or more specifically, the size of it.

All else being equal, you significantly increase the chances of your success if you have one or more co-founders. TechCrunch did the math, and discovered that while being a solo founder does not doom your startup, it does make things considerably difficult. What things are made easier with a co-founder, you ask?

VCs and angel investors, alike, prefer startups with multiple co-founders over solo ones. Paul Graham, the founder of popular startup accelerator Y Combinator which has invested in unicorn companies like Airbnb, Dropbox, Stripe, and Reddit, strongly recommends solo founders to get a co-founder. As an ecosystem thought leader, many followers agree with him and so prefer funding well-balanced teams.

Businesses require a multidisciplinary founding team to handle everything that goes into starting and scaling one. Technology startups don’t just require software developers, but also people who understand sales & marketing, business development, user experience design and more. A single founder simply cannot be great at all these things, so you need to have a co-founder who has a different set of skills that can complement yours.

My price comparison startup Price Oye has three co-founders. Yours truly handles all content work such as ensuring we have the latest phones added at all times, while Adnan and Adeel Shaffi look after business, and product development respectively. If any one of us worked alone on Price Oye, we would’ve never been able to launch it; growing the company being a separate topic altogether.

Startups are tough. There is an incredibly high amount of risk involved, and there are more lows than highs for the longest time. Only the most mentally tough make it through, and even they need someone who can truly understand their vision, empathize with him, and just be their moral support. It can be terribly lonesome otherwise, which can spell trouble for your company.

Besides moral support, there is an important financial support aspect as well. When you’re bootstrapping early on, you may run out of funds a lot quicker than you would if you have a co-founder who can pitch in. This does mean splitting your profits in half, too, but trust me it’s a better deal. Startups are inherently high-risk ventures, so it is wise to reduce your risk wherever you can.

Now now, I can already see you startup founders judging me for even suggesting that there can be a work-life balance in the startup world. The popular thought is that you have to spend 80-100 hours every week toiling away at work, as if that is some sort of secret to startup success.

When we were just starting out in entrepreneurship, I would think and apply the same to our work. Unfortunately, this just isn’t sustainable. It is commendable when you put in extra effort when required, but being at full throttle every single day for weeks on end is counter-productive. This is not me: it is science! Researchers from Stanford University discovered productivity sharply declines after you work more than 50 hours/week, and basically approaches zero when you work more than 55 hours/week. You’re just not making serious impact after that.

This more balanced approached to work which enables you to give time to your family and friends, exercise, and read books etc. — activities which enrich your life and work — is made easier when you have a co-founder who can share the load. Otherwise, you increase your susceptibility to burnout which could mean zero productivity for several weeks which could spell death for your startup.

Coming to the conclusion, one cannot push aside solo founders completely. There is no doubt there are successful startups which had one founder only, but they’re the exception not the norm. You can increase your chances of success by partnering up with a complementary co-founder!