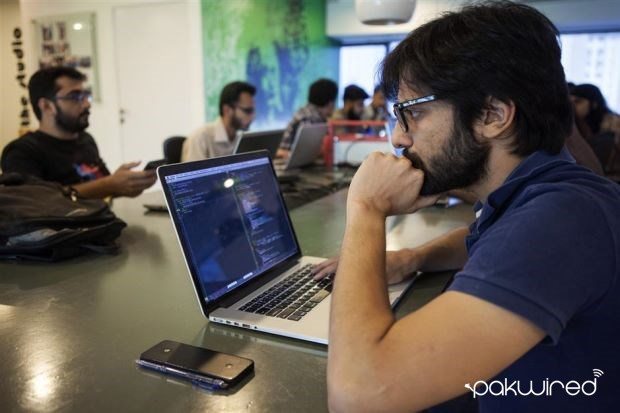 Pakistan has stepped into the tech-revolution, and this revolution has literally swept every person with an entrepreneurial mindset off of their feet. With the technology taking over all aspects of our lives, it has become very easy to integrate it in our businesses in innovative ways to pose solutions to innumerable problems.

In a country, where 2/3 among 180 million people are young and under the age of 30, there is a lot of potential yet waiting to be unlocked and heard.

One of the key reasons behind startup culture is the launch of 3G/4G services in the country which has enabled everyone, with even a low-cost smartphone from Samsung and QMobile, to get on the internet. People with access to the internet are understanding the huge opportunities that can be introduced in Pakistan to improve the lives of everyone.

See Also: How Startups can Reduce Costs and Boost Profit

Here is how the startups are also helping in boosting the economy.

In Pakistan where approximately 3.58 million people remain unemployed even though they are fit and willing for a job, it is high-time for a miracle to save many from the haunting ghost of unemployment. Youth joblessness is a major issue in Pakistan; creation of jobs through new businesses and startups can help the cause.

The transition of youth from the role of job seeking to job creation has helped immensely in the case. According to a rough estimation, thousands of jobs have been created as a result of new emerging startups in country.

The startup culture in Pakistan is aiding in stable economic expansion in the country with long-lasting solutions and sustainable business models. With an educated and qualified team, a good infrastructure, opportunities to strive, along with a long-term and stable approach, the startups can go a long way in achieving milestones that are key in building a stronger economy.

There has been a record GDP growth of 5.3% during the fiscal year 2016-17, and the tech-revolution has played its fair part in this increase. It is a belief of many financial experts that the current upward trajectory of Pakistan in financial development is due to the competitive business model that startup culture has kickstarted. The continuous influx of new and innovative ideas to solve local problems is giving rise to an economic dynamism the likes of which have never been seen before in this country.

A number of startups from Pakistan, including Markhor, Pakwheels and Zameen, have received investments from international investment firms. This interest of foreign investors in local businesses is seen as a big boost to Pakistan’s economy.

This spiking interest from interest business community is helping to put Pakistan on the map of global tech-ecosystem as a viable contributor. This is evident from the recent investment of Ashton Kutcher in a Pakistani startup called Cowlar which shows increasing confidence of renowned investors in local business. This boost in confidence is not only limited to new investors, many investors who had previously withdrawn from doing business in Pakistan because of the terrorism wave are looking to reinvest their capital in local startups.

4. Increase in import and export

Many startups are on the mission to connect the local artisans with the national and international market by acting as the middlemen. These crafters have unmatchable skills when it comes to producing traditional handicrafts or cultural products. Thousands of artisans are exploited with low wages, poor living conditions, and lack of access to direct market. A major example of this is that Sialkot produced all the footballs for FIFA World Cup 2014, yet most of the local workers did not get paid well enough to compensate for the skill and time they invested in the whole process.

With ecommerce on the rise, startups and businesses are revolutionizing the local industry with technology and are bringing the skill of artisans to the international market. This aids in increasing the import and export as well as providing the craftsmen with the well-deserved sum for their hard work and skill.

The Global Entrepreneur Monitor (GEM, 2015) says that over 200 million women entrepreneurs in 83 economies across the globe are running their own business. However, in Pakistan, only 22.7% of women contribute to Pakistan’s labor workforce, compared to 83.3% of men. This is alarming because Pakistan’s population comprises of 48% women. Because of the budding startups, the interest of women towards work has been increasing, and many women-led successful startups have emerged over the years. These startups have played a vital role in the growing economy of the country because they are contributing their skill to the country, instead of letting it go to waste at the hands of unemployment or patriarchal mindset.

I, myself, got an opportunity to work at a media platform TechJuice mainly due to increased proliferation of internet and awareness around startups in Pakistan.

With the endeavors of government to help the startup culture grow through different platforms, along with the efforts of energetic and determined entrepreneurs who have a keen eye of going for many untapped markets of Pakistan to offer solutions, Pakistan’s economic climate is changing. This change might not be a drastic one, but our tech-ecosystem is taking significant steps towards shaping Pakistan as a technology hub. One of the important steps in this change is the growing economy of Pakistan, and quite evidently, the startup culture is playing an important role in it.