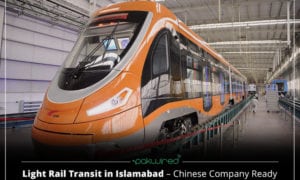 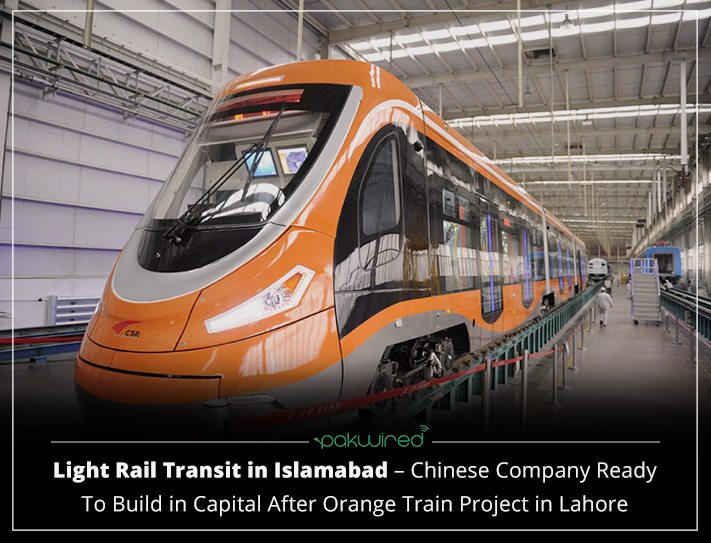 NORINCO International is an open company and subsidiary of China North Industries Corporation. Besides its various highway and expressway projects, its main focused projects are primarily related to railway sectors and modern rail transit systems.

On Friday, a group of officials from NORINCO delivered a presentation in the head office of the local organization. The company presented a proposal for the construction of a modern transport project in Islamabad and offered its collaboration. The Member Planning CDA, Asad Mehboob Kiani along with other officers of the authority including the director transport engineering attended the meeting as the representatives of the local organization.

The LRT or fast tram is a modern public transport that works with the mechanics of rolling stock. Furthermore, this mechanic is quite similar to a tramway, yet working at a higher capacity, and frequently on a selective right-of-way.

The suggested LRT project for Islamabad will have the space to carry 8,000 to 20,000 passengers per hour. Surprisingly, its single unit will occupy 350-700 passengers at a time.

An insider of the meeting shared at the condition of anonymity:

“The tentative cost of this project would be around one billion rupees per kilometer, which is not so much expensive”

Division of The LRT Project

According to the presentation, mass transit system between Islamabad and Rawalpindi is primarily divided in 4 sectors:

The officials of CDA informed the Chinese company about the already constructed Red line as Metro Bus Project. They also stated that the prime minister has announced the construction of Metro Bus as a part of Orange Line. This Metro Bus Project covers Peshawar Morh Interchange to G-13 Islamabad.

But the Green Line and Blue Line routes are available for the LRT (Tram) project as they have not yet been finalized. In an interview with Daily Times, Asad Mehboob Kiani said:

Those who comprehend the needs of daily traveling in the twin cities are surprised to hear about the construction of another Metro Bus Project. This project from Peshawar Morh to New Islamabad International Airport is a relief for the travelers of green and blue lines.