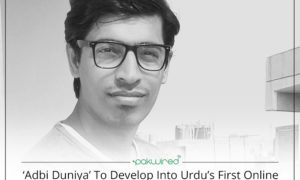 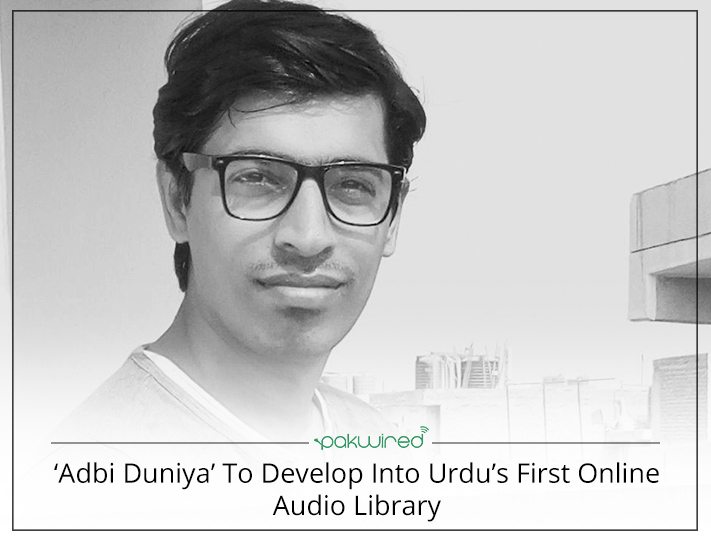 One of the profound literary traditions in the West has been a flourishing publishing industry which encompasses not only print but also a thriving parallel wing of audio archives. Almost every new book that claims a space at the racks comes not only in the print format, but in an audio version as well. Audio books is quite a popular genre among the masses, and in some cases surpasses the books in print even.

Urdu, despite being the fourth most spoken language in the world after Mandarin, Spanish and English, has not been enjoying any such archiving system for its treasures. A language belonging to over 310 million people, has lacked an audio library for the literary gems it is a proud custodian of. The situation could have continued to remain the same but for Tasneef Haider and his team.

The Delhi based young poet and critic Haider is working with his friends towards developing an elaborate, online audio library of Urdu’s literary treasure.

Looking forward to further his existing labor of love: recording and uploading hundreds of Urdu masterpieces at YouTube under the Adbi Duniya channel, Haider plans to establish a permanent online audio Urdu platform. 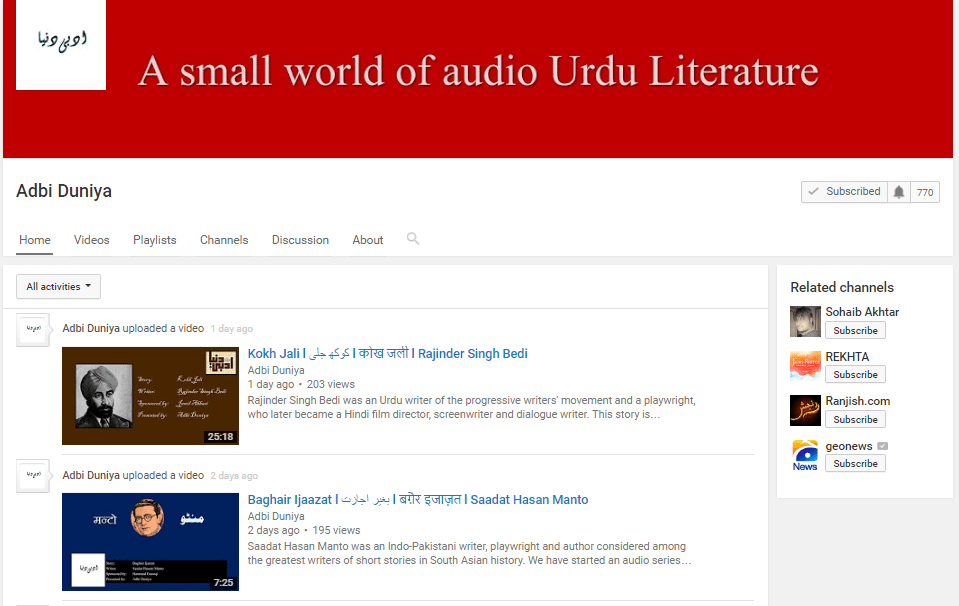 At the platform of Adbi Duniya, Haider has covered illustrious writers such as Ghalib, Manto, Bedi, Majeed Amjad, Nayyar Masood etc. Talking to BBC recently, he shared that the future focus of his audio compilations shall mainly rest upon documenting Urdu prose. Haider rightly pointed out that people can still listen to Urdu poetry in form of audio/video collections of poetry sittings – mushairay; it is the prose that is hard to find online in format other than text.

Also on Haider’s cards is the plan to initiate an audio magazine in Urdu. The published content at the magazine shall be audio contributions sent by the writers.

Tasneef Haider’s observation about the Indian bias specifically, and a general South Asian apathy towards Urdu script, proves that its time we start adopting measures to preserve the wealth of Urdu literature.