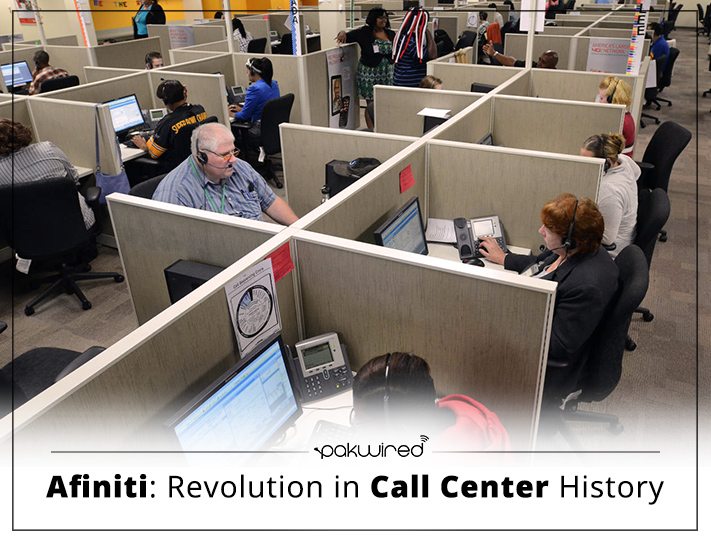 As the world of technology is developing day by day, services are getting more and more customized. The next time you call at any customer service centre, you are likely to be connected to the agent who is best for you based on the data collected through your Facebook profile.

From small to big, many companies are now examining social profiles and personal details of their subscribers in order to find the right agent for each customer. However, this might raise some privacy concerns for the customers.

Before the invention of this system, call centres used to serve customers requests based on the order in which they were received: “First in, first served”. This has been used for a long time but now, an organization; Afiniti International Holdings Ltd. is trying to bring a revolution in the market by changing the system. It has developed a software program through which it can monitor almost 100 databases tied to landline and cellphones. Through this system, data can be collected about every individual and matching results can be obtained. This will result in more sales and more satisfied customers. Initially, this system has been installed in more than 150 call centers by different companies and has proved to be very successful.

This technology not only monitors a person’s caller history but also their behavior by exploring their public social profiles. In addition, it carries out a profound research on what a person does on Facebook, what he/she posts on Twitter, and also monitors their activity on LinkedIn and other social profiles. An agent who has been able to strike deals with customers of certain characteristics will be likely to get the same type of customers. In this way, a customer will get matched with the right agent.

Larry Babio, a board member of the Afiniti group and a former executive at Verizon Communications Inc stated:

“It’s a little overwhelming, sometimes scary, to know how much information can be accumulated about you”

On the other hand, he also appreciated the new system by saying that the trade-off is a better customer experience. While describing the mechanism of the system, Afiniti described that an agent will be rounded up by the type of customers he has already dealt with and has been successful in closing deals with them. All of this will be possible through Afiniti’s system.

It was also said that all of this data will be kept away from the agent. An agent won’t be able to see the customer’s data and won’t be aware as to why the algorithm made the match for the agent with a specific caller.

The Founder and Chief Executive of the Afiniti group; Zia Chisti, who is also the CEO of TRG, commented:

This system might prove remarkable in the call center industry but it has worried privacy advocates. They think that this type of sorting will give rise to trust issues if customers suspect that their activities are being monitored and they are being dealt differently based on their social standing.

Joseph Turow, a University of Pennsylvania Professor who studies digital marketing said that:

“There’s a process of discrimination going on. Companies are bringing data together that we have no knowledge about, and it may discriminate against in a prejudicial sense or a positive sense, depending on who we are”

Afiniti is Not the Only Company

As stated by the company, it has data on almost 100 million U.S. consumers. Mattersight said that this data is being used by big companies such as UnitedHealth Group Inc. and CVS Health Inc.

“There is a long and established track record of recording and analyzing phone calls, and we’re just analyzing an additional attribute to that process”

Afiniti told that it only collects that data which is legally available for purchase. The data collected from social profiles is also collected only if it is public. For instance, if a person posted about traveling or buying something, it will only be stored in the database if the post is public. This data is not stored on Afiniti’s server. Instead, it is stored in each client’s system.

The idea of Afiniti came to Mr. Chisti in 2005. He studied computer science at Stanford University. Mr. Chisti used to work for a company that boosted underperforming call centers by shifting the jobs overseas. After a while, the profit through this procedure reached its peak and he thought that there should be another way to make the system more efficient. Hence, Afiniti was introduced.

Afiniti has proved to increase sales in call center up to 6%. The system doesn’t run continuously though. It charges customers based on the increase in sales when the system is on.

Mr. Chishti declined to state how much income the Washington, D.C. based organization had made for this present year yet he says it will be profitable by one year from now and is thinking about a first sale of stock. The organization has raised more than $60 million in four rounds of investment financing since 2013, as indicated by Crunchbase. The most recent round esteemed Afiniti at $1.8 billion.

After taking over the world of the call center, Afiniti wants to take one step in the retail world. It is currently working to develop a facial recognition system through which it can identify a customer and send an agent to them that best fits their requirement.

Mr. Chisti is creating this artificial intelligence system so that he can help create jobs and not destroy them. He stated:

“We are one of the examples of AI tending to increase the efficiency of humans, and therefore increase the demand for human capital”

Due to technological advancement, it is hard to keep privacy and any data can be obtained from anywhere. Your thoughts?