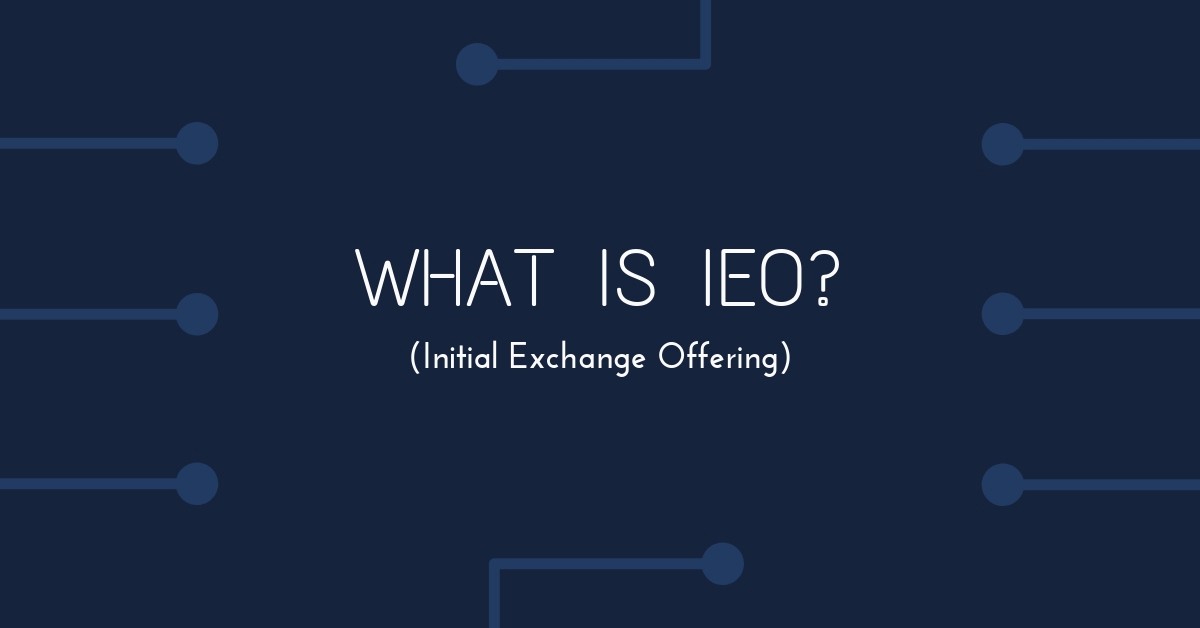 If you’re an active follower of crypto markets, you might have noticed a decline in ICOs, or initial coin offerings, over the past couple of years.

This is in part due to regulation, but also a result of past ICO scams that left investors wary. In their place, you might also have witnessed a rise in IEOs. But what are IEOs exactly? And how do they differ from ICOs?

Let’s explore the basics of IEOs, what they are, their benefits, and some IEO platforms — or launchpads, that can help you invest in these projects.

What is an IEO?

Like ICOs, an IEO (or “initial exchange offering”) is a way for projects to raise funds through a token sale.

In the case of IEOs, projects sell tokens through a middleman – a cryptocurrency exchange – rather than directly selling to initial investors.

How IEOs Differ From ICOs

While IEOs have a similar goal to ICOs in the sense of crowdfunding projects, their immediate availability on an exchange means investors can trade these assets right away when the IEO ends. With ICOs, investors might have to wait through several rounds of coin offerings before trading their assets.

In other words, with an ICO you would purchase tokens directly from a project in one of its funding rounds. Then, if that token is eventually listed on an exchange, you would be able to trade it there. But there’s no guarantee the token will ever be listed. This is where past scams have occurred where people simply took the money and ran.

With an IEO on the other hand, the project works with the exchange before the initial sale.

You purchase tokens from the exchange itself, the token having already been approved by them. When the IEO ends, you should be able to start trading your tokens there.

This isn’t a substitute for you vetting projects before investing. But it’s an extra layer of protection between your money and ICO scams.

There is one downside to IEOs in this comparison though. They can complete very quickly – in as little as a second – so there’s always a chance you’ll miss your opportunity to buy in. That said, with trading coming shortly after the close of an IEO, you’ll have another opportunity to get in on the token – just not at the initial rate.

To take advantage of an IEO, you must be a member of a crypto exchange with an IEO platform or launchpad where it’s being traded. It’s possible your existing favorite exchange has an IEO launchpad. But if not, here are 13 options you can keep an eye on to see what opportunities will be made available next:

While IEOs don’t eliminate all the risks typically associated with ICOs, there are a couple of key benefits that set them apart.

First, investors don’t have to rely entirely on their own research into new projects.

The crypto exchanges running these IEO launchpads evaluate projects before deciding whether or not to list them. And this happens before tokens are offered for sale rather than after. Their own reputations are put on the line with each offering, so it’s in their own best interest to partner with only the most credible projects.

That doesn’t mean there aren’t duds. But it means you can put some faith into exchanges with longer operating histories than a single project you don’t yet know much about. They’ve done some of the vetting for you. Being taken advantage of in a scam wouldn’t just hurt investors. It would hurt the exchange’s reputation with its larger user base as well.

The other big benefit of IEOs is market access. It goes back to those large user bases crypto exchanges can have. With an ICO a project doesn’t have direct access to a built-in audience of potential investors. When they partner with an exchange instead, they do.

This benefit goes both ways though. As an investor, you also benefit from access to an exchange’s members. The ability to trade with them shortly after the close of an IEO gives you greater liquidity in your new digital assets.

Have you taken part in an IEO before? Do you have a favorite IEO platform not mentioned here? Leave a comment to share your experience with initial exchange offerings.