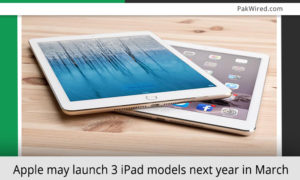 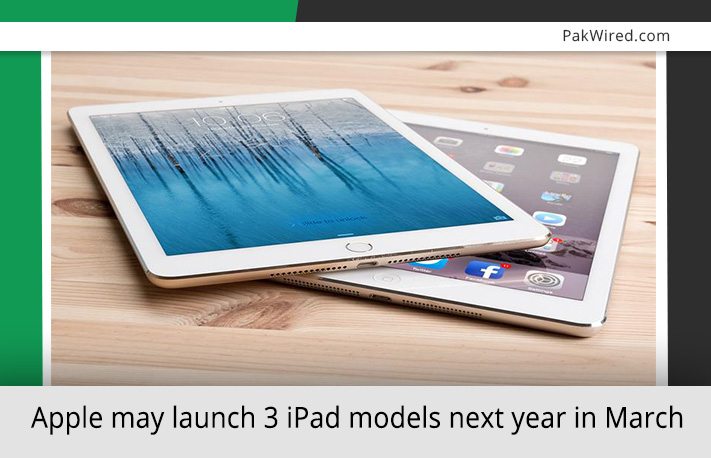 It is expected that tech giant Apple will launch 3 new models for its iPad Pro lineup next year in March. The news was reported on 11th November 2016 when MacRumour acquired the research note.

A key research note which was obtained by MacRumour suggested that Apple is intending to redo the 9.7-inch and 12.9-inch tablets. In addition, the tech giant is also trying its hands on to give shape to a new 10.9-inch model. It is also reported that the new design will have an edge-to-edge outline.

Likewise, the bezel-less 10-inch model is discarding the physical home button. It is reported to be same in size to the 9.7-inch with the tinier of bezels adjusting for the bigger screen.

An iPad which is bezel-free also falls in accordance with prior rumors that recommended an iPhone with a comparable outline. Additionally, the report said about the smaller iPad small scale line, will not get any overhauls. However, the tech monster Apple will proceed with its production.

It can be safely said that it has been a bustling year for Apple. In the mid of the September, the tech giant publicized the arrival of its new iPhone 7 and 7 Plus while a redesigned MacBook Pro was launched in October. The new iPad Pro is an evident choice from Apple as it fights static sales for its tablets.

How many iPads do you think Apple will be able to sell next year?