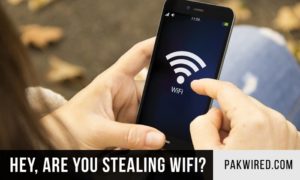 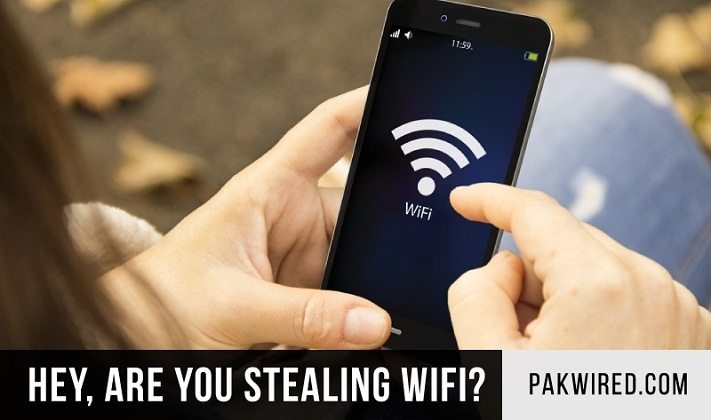 In an interesting turn of events yesterday, Dubai’s Islamic Affairs and Charitable Activities Department (IACAD) has declared “a modern fatwa” that has taken the internet by storm. You must be wondering why we are discussing an Islamic fatwa here at PakWired, given PakWired’s reputation is all about business, technology and the startup culture in Pakistan. But bear with us, for this fatwa has the potential to affect our internet landscape.

Well, as per the religious edict – fatwa – issued by the global metropolis’s top religious authorities: Thou shalt not steal Wi-Fi!

Yes, you read it correct. Wi-Fi stealing has been declared an act that compromises a person’s religious conduct and could be categorized as a punishable offence.

With the pace that technology and the evolving society are moving at, new fatwas are often established to regulate new developments in society. This is seen as means to keep the changes in society in line with the rule of law. Granted that the UAE operates under the sharia law, people in the Emirates follow the rule of law decreed by a fatwa. In the recent development, the religious authorities are now taking a look at classifying the hijacking of personal Wi-Fi network signals as a crime.

In the statement issued by the Islamic Affairs department it has been clarified that using someone else’s Wi-Fi without their knowledge is illegal in the UAE and has been prohibited.
The statement came when a user asked a question in the modern fatwas section of the Islamic Affairs department (IACAD) website. The query asked ‘whether it is alright to use someone’s Wi-Fi connection without their knowledge and consent?’

In the fatwa issued by IACAD it officially states that:

“It is not allowed for people to use what belongs to others without payment or without their permission. Therefore, the Internet should be used only after subscribing to the service.”

The explanation that followed the religious decree clarified that the illegal usage of internet services affects the rightful owner of the connection negatively. Due to the non-consented usage, the rightful owner who has paid to avail the services suffers through a reduced internet speed and depletion of the available data. In this way, the unauthorized users are depriving the original subscriber of the data volume and/or speed that he/she has paid for, and are committing an ethical crime.

However, this fatwa does not prohibit the use of open Wi-Fi designed and provided to be used by the public. This yet remains to be seen if more religious schools of thought in the Islamic world, and the legal authorities worldwide, view the issue in the same light and will pass similar rulings to create awareness about Wi-Fi theft as a crime.

With the breakneck pace of technological evolution, the internet has become an integral part of today’s lifestyle with broadband customers expecting access to services with quality experience everywhere. We may not be too far from the point where the world defines access to internet as a basic human right, and its provision a State responsibility. 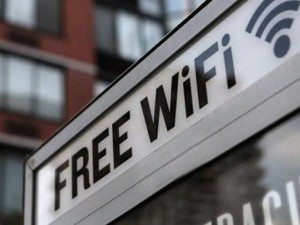 While the first stone has been cast regarding legal status of Wi-Fi stealing in the UAE, those in Lahore, Multan and Rawalpindi can celebrate Punjab Government’s initiative of making Wi-Fi services available for free at various public locations and government buildings.

Following a report shared by Dr. Umar Saif, the head for Punjab Information Technology Board this is ready to go live in Lahore. 115 public locations which include 12 parks, 17 main markets and 20 colleges will be using this free wi-fi service.

Plans are also there to make free public Wi-fi access possible in Karachi as well, however, there has been no specific date announced.

While legal protection rights of Intellectual Property (IP) – creation of the mind, which has both a moral and a commercial value – have been ensuring safety against theft of intangible assets, this case of Wi-Fi – the invisible signals which permit your travel across the internet – protection right in the UAE has been a unique instance.

Considering that in our local legal framework there’s no such provision that takes into account the non-consented, secret usage of someone’s purchased internet services, this fatwa provides an interesting example. There’s also an insight into the moral aspects of our social conduct which often gets ignored at hands of convenience.

Till the time our Council of Islamic Ideology (CII) is busy opining about all gender specific issues, there’s hope for all the Wi-Fi snatchers. But do we really need a fatwa, a legal statement to recognize a wrong act as wrong?