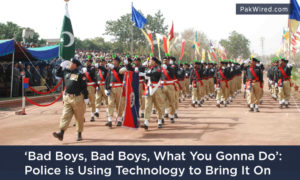 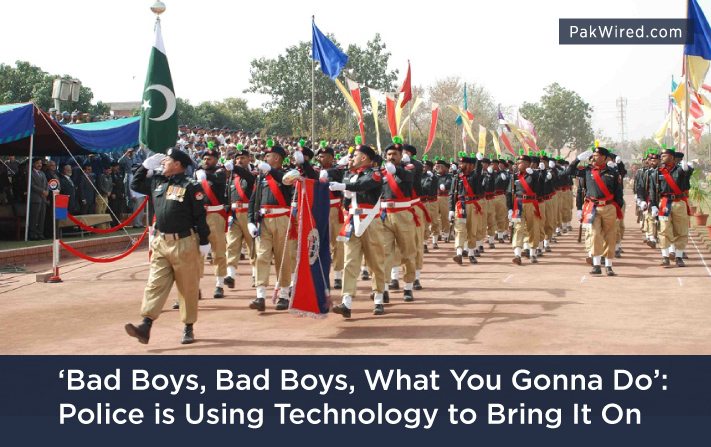 ‘Police ka hai farz madad ap ki,’ and it seems that they are taking it seriously now.  Punjab police has taken the initiative to change the image of police and to fight crimes more efficiently by using the latest technology.

“We are not a model police force as of yet, but we have just started walking in the right direction,” says DIG Operations of Lahore Police, Haider Ashraf.

“… when we are fighting against ever more trained and well-equipped terrorists and criminals, we couldn’t wait much and had to upgrade ourselves with what technology offers us today,” explains (SP) Model Town, Lahore, Capt. (r) Mustansar Feroz.

Let’s see some of the steps taken by the Punjab Police to improve their performance as well as the image of the police force.

A get-away vehicle is a very important part of most major crimes (also makes crime thrillers exciting with car chases). It is crucial for the police to be able to have access to vehicle data on-the-go.  Islamabad police and Ufone teamed up to develop a system in 2013 to create a national database for vehicle verification.

The police officers can send vehicle registration numbers, driving license numbers, or CNIC numbers to ‘15’ and instantly have the relevant details on their mobile. The good thing is that their mobile phone doesn’t need to be connected to the internet and also doesn’t need balance to use this system.

When the ‘15’ number was introduced, it was a step forward in the improvement of the existing system for getting police assistance.  However, this system hasn’t proved to be as effective as planned. Some improvements have been made to make the system more effective. Now, police can be contacted through SMS. The complainant can send an SMS on 8330 and the complaint is dispatched to various concerned officials with the location and other important data about the sender. Currently, it is working only in Lahore. The system works intelligently and sorts out all complaints based on various criteria such as nature of crime, location, etc.

We are not just victims of terrorism anymore; Pakistan is fighting back with not only manpower but also by using the latest technology. Right after the attack on the Army Public School in 2014, the Punjab police took an initiative and requested Ufone to develop an emergency alert system to notify the concerned institutions, security agencies and other officials in the event of an emergency.

A mobile app was quickly developed by Ufone, which enabled the registered users to send an alert on the short code *55. The location of the sender is identified at the monitoring center and text messages and auto-calls are sent to all of the concerned officials. The registered users include a large number of schools and other establishments like banks, businesses, etc.

One of the most important pieces of forensic evidence in many crimes is the fingerprints of the perpetrators. The Punjab Information Technology Board (PITB) has developed an advanced Fingerprint Management System. The police take prints of all of the fingers of both hands and the information is then stored in the database. The system is capable of matching the prints against the available records in a few seconds. In the next stage, Android devices will be provided to the field police force, which will enable them to check the suspects instantly and curtail the crimes.

The majority of crimes are committed by repeat offenders, so having the details of such criminals at the fingertips can make the life of police officers much easier. The Punjab police, once again took lead in addressing this matter. The SP Criminal Record Office, Umar Riaz Cheema, took the initiative to have such a system developed. This software currently holds the data of about 80,000 criminals. The system, accessible through smartphone, can sort criminals against criteria including age, race, color, fingerprints, etc.

We don’t know about you, but we are really holding our breath for some Pakistani to take the initiative and start working on RobocopPK!