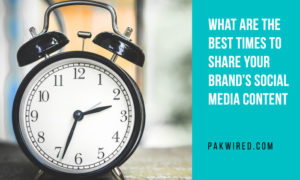 Social media is saturating increasingly. With its identity as an easy, efficient way to build your brand and develop connections with the consumers, there’s no way you can ignore the power of it. As per DMR’s stats reports Facebook and Youtube exceed one billion users, each. Linkedin, Instagram, Twitter and Google Plus are all counting over 300 million active monthly users.

Youtube, on the other hand, has 6 billion hours video watched monthly. According to a survey on statista, it is estimated that 2016 will mark approximately 2.13 billion social media users, globally.

Do you notice the mightiness of these figures? This means a LOT of opportunity for the brands. However, this also means a lot of noise and clutter. Not surprisingly, users are now less receptive to brand content, and the engagement is much lower. The challenge lies in harnessing the true power of this media by reaching When & Where the audience is! This is how your brand establishes itself as a Broadcaster or an engaging Community builder. 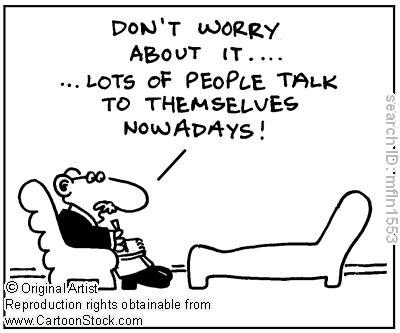 The biggest faux-par of social media is to broadcast at a channel where people come to ENGAGE.

Timing is one of the most crucial enablers for your communication’s potential to engage the consumers. Different businesses may find different days and times work best for them. In fact, timing often depends on the platform you’re using, how your target audience interacts with that platform, the region(s) you’re targeting, the content of your post (e.g. funny or serious), and your goals (e.g. clicks versus shares).

As pointed out in a study shared by hubspot: 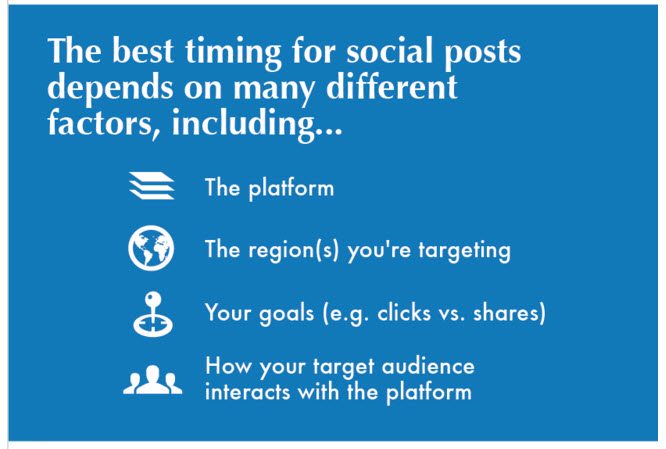 However, there are certain trends that can be employed to formulate some rules of thumb for content sharing timing, which will not only enable you to engage more, but you’ll also notice an increase in traffic.

Engagement on video and link posts, as observed by Adobe’s social intelligence report, is on the rise. The report further suggests that Consumers are commenting, sharing, and liking posts the most on Fridays.

It is interesting to note that nearly one-quarter of all brand post video plays occur on Fridays when people are more relaxed about the upcoming weekend. 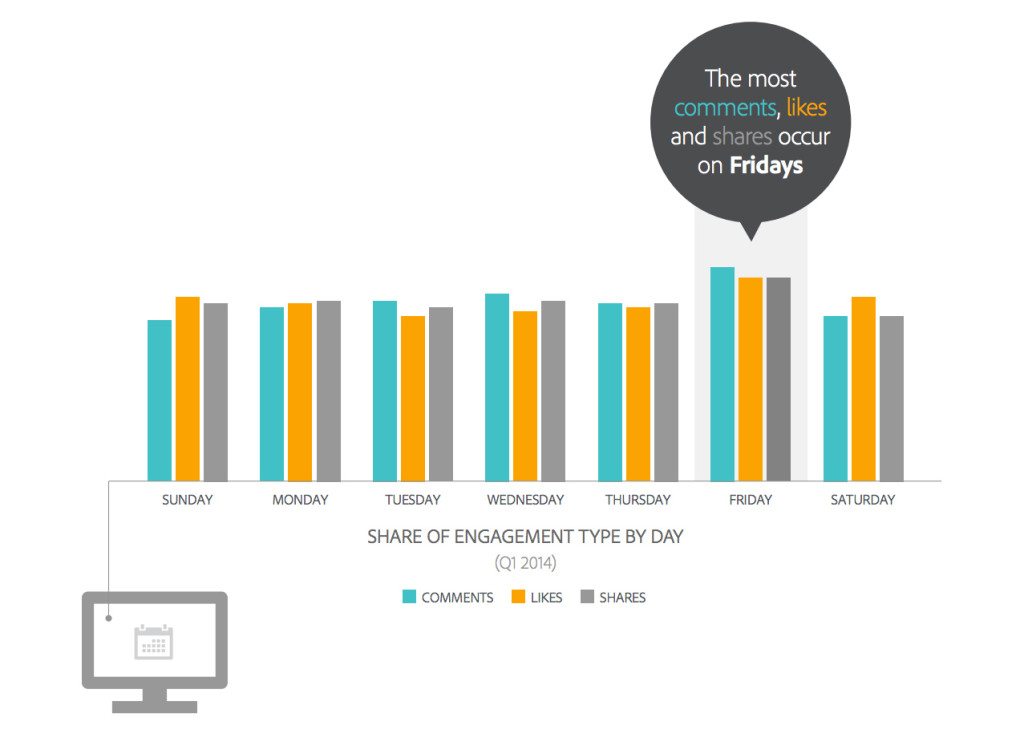 Another study from Buddy Media reveals that 86% of all posts are published over the workweek with engagement peaking on Thursday and Friday.

According to TrackMaven a website analyzing over 1.5 million Facebook posts from 6000 brands, on weekend posts there is a 25% higher engagement than weekday posts overall. 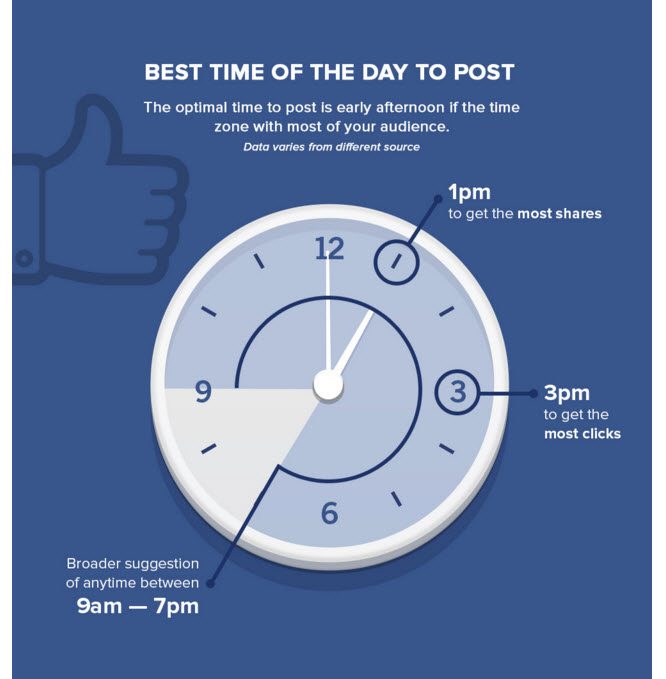 In the study prepared by Quicksprout it has been found that the best time of day for brands to post on Facebook is 1 p.m. if you’re looking to get more shares, while posts scheduled for 3 p.m. typically get more clicks.

Any posts scheduled after dinner and before work are least likely to drive engagement.

However, these trends may vary according to the industry you’re in and the specific demographics you’re targeting.

The Pew Research Center and the Social Media Research Foundation combined on a report that analyzed thousands of Twitter conversations to come up with six distinct communication networks. 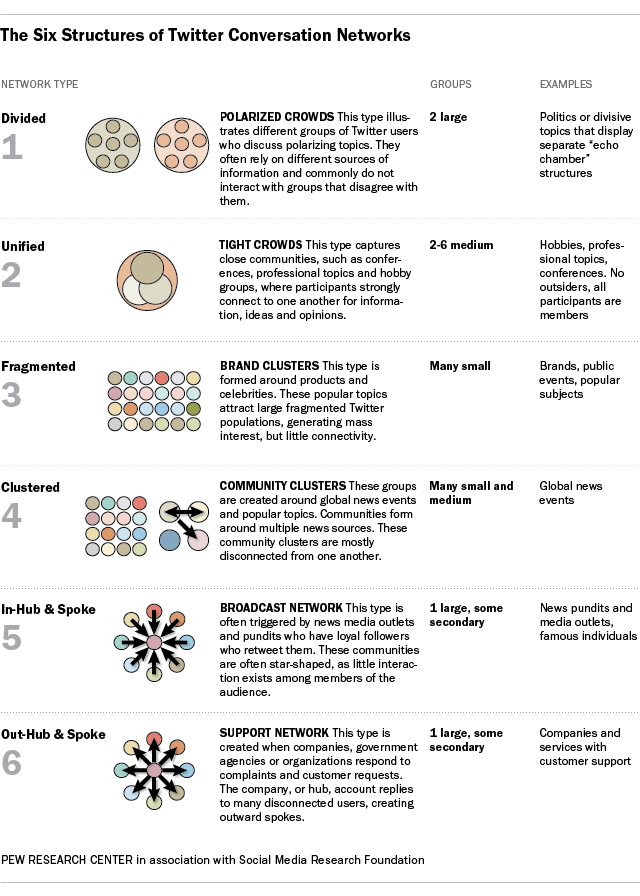 Depending upon your brand’s individual place in these Twitter networks and that of your unique target audience, you can work around the best suited times for your communication.

According to Argyle Social, for B2C brands the CTRs and engagement are highest on weekends and Wednesdays. Weekdays perform much better for B2B brands.

In an interesting study by Dan Zarrella and KISSmetrics, it has been found that the best time to post on Twitter is 5 p.m. for retweets. The optimal amount to Tweet is 1-4 Tweets per hour. 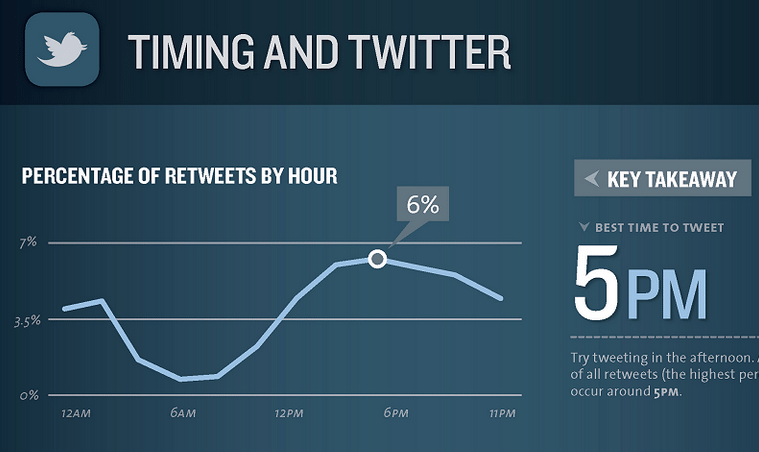 According to a survey of Twitter users, most of them are likely to be on Twitter when they commute to work. Students are also 119% more likely to use Twitter during school hours. 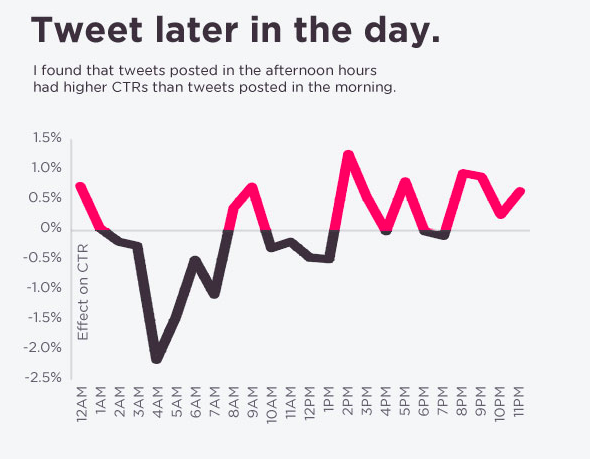 According to LinkedIn, posting in business hours on workdays has the largest maximum reach. There are a few useful insights into posting at LinkedIn that I’m borrowing from the study by Quicksprout: 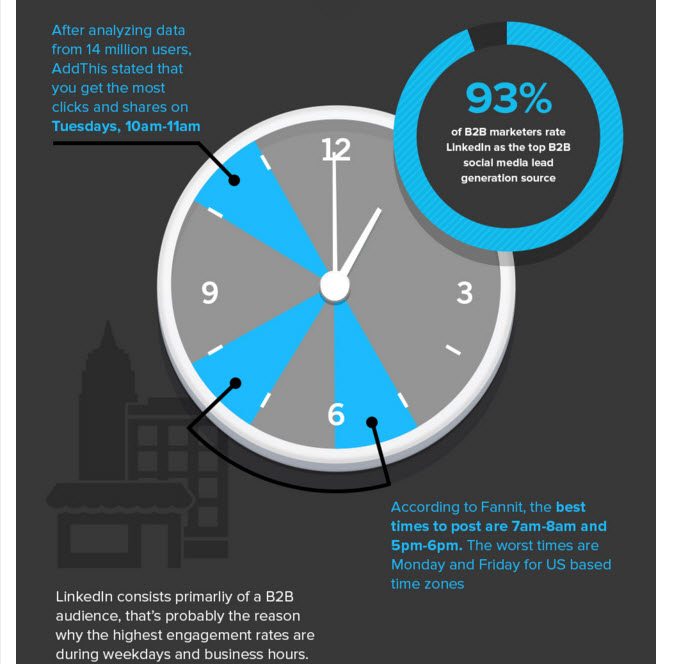 In an analysis by Latergramme, Instagram’s management and scheduling tool, over 61,000 posts were observed to find out the best days and the best times to get the most “likes” and comments.

Latergramme ranked the days of the week according to engagement: adding a post’s likes and comments and dividing by a user’s follower count. Differences were slight overall — a 4.9% engagement average at best, compared to 4.4% at worst. Wednesday is the best day of the week to post, although the margin is very thin compared to the other days. 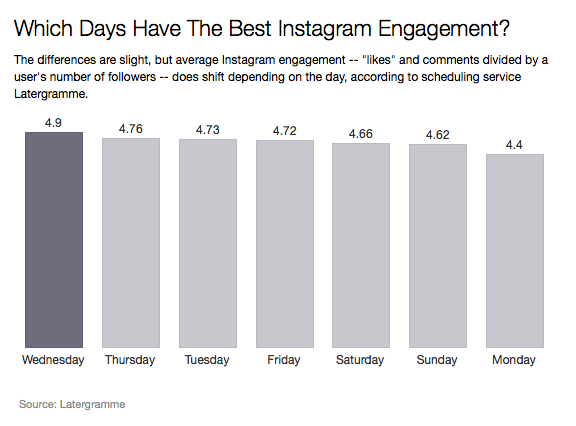 On average, the best times to post at Instagram are between 2 a.m. and 5 p.m. if you want your followers to pay attention to you; the worst times are 9 a.m. and 6 p.m.

As per the observations shared by Pinterest, different categories of posts receive individual engagements high through the week. The general trend is:

A Quicksprout report has gathered some data through various channels to figure out the best times for pinning. 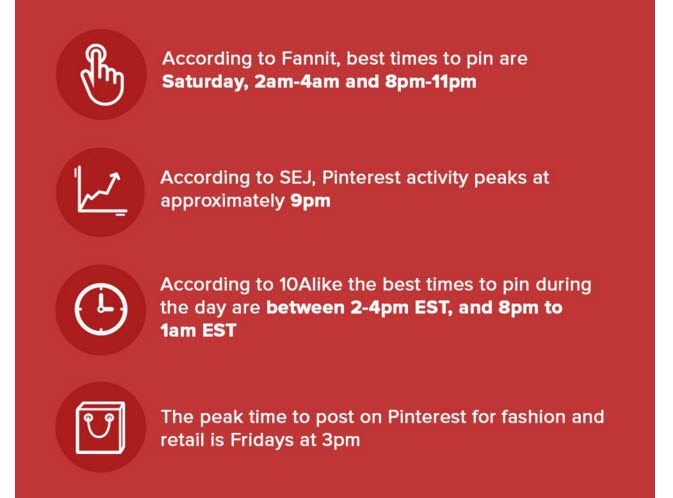