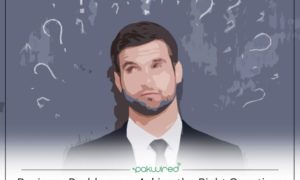 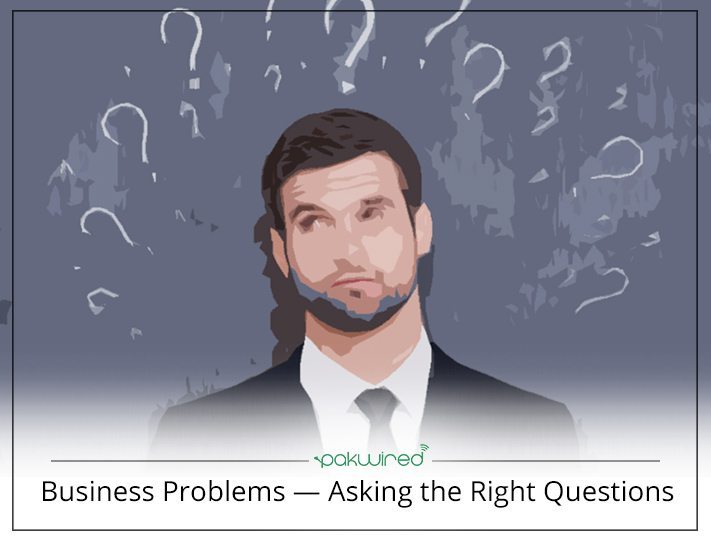 Any business, inevitably, will face challenges. Sometimes in one’s control, and sometimes not. These problems define a company because of the impact they have on its operations. In this article, it is proposed that, whether the problem is in your control or not, the solution most-likely is. We just have to ask the right questions.

Allow me to share a story. It’s about two spies, a French duke and an Italian count. They’re sworn enemies who spent the whole year trying to trick each other, but on New Year’s Eve, they got to ask one question that the other had to answer truthfully. With the relationship they have, one would expect them to have many questions for each other, but the issue is, as they only had one question, they both knew whatever they asked had to count. The trick was to ask the right question.

Though the story may sound medieval, it can be handy to refer back to when facing a problem. Hopefully we can alter our thinking process to tackle the problem with better results — just by asking the right questions. So, ironically, the question here is ‘what are the right questions?’ Think of it as a skill. Usually when we face a problem our instinct is to fix the problem immediately, which obviously needs to be done but subconsciously, as we are content with the solution, we tend to stop thinking of the issue at that point. What if we take a step back and start learning a routine for problem solving? After doing it enough it will save itself in your muscle memory, and that’s the objective — a positive mental process to follow and question yourself upon in the face of problems.

The first thing to think about is one’s psychological process. David Brooks, in he’s book ’The Road to Character’ proposes that society has concentrated too much on a culture which promotes success and positivity and gives little attention to ‘honest self-confrontation’. What this means is everyone is focusing on the goal of ‘success’, but not enough on the road that leads us there. Taking this in to consideration it seems the first step is to be honest with ourselves. It means, taking full accountability for one’s mistakes, but as a leader, it goes one step further. It means anything that happens on your watch is also your responsibility — not just that of the person or reason that directly led to the issue. Once you accept responsibility as your own, the next steps become a lot easier.

The next focus should be to categorise the problems. Asking the right question is difficult, but it is also just as difficult to identify a problem. I believe the two are similar and in fact come hand-in-hand. As G.K.Chesterton put it,

Categorising problems will help with rooting the issues at hand. A few are noted:

This means you don’t have time to spend on other things because all of your time is being wasted on solving problems. It’s a very dangerous circle to be in, as it can drain your physical and psychological resources. Normally it would indicate a problem with something fundamental in the business. It can be process, product quality, customer service or anything else — whatever it is, be sure to fix it urgently.

Normally stems from fire-fighting. Due to the lack of time, you may see a dip in quality of work and/or service levels. The symptoms therefore will often be fatigue, low morale, and low quality. Instinctively, one will try to review the outputted issues, without focusing on the underlying problem.

Reactive solutions, though start as solutions to problems, tend to linger a lot longer and eventually become a part of the process of the daily operations. What this indicates is a gap in the original process which resulted in a ‘quick-fix’ and such fixes never solve long-term problems.

Other types of problems will exist, but the above three have been highlighted as they can have a detrimental affect on your business but can be difficult to pin-point.

When one becomes accustomed to thinking of the problem from a higher level and approaching the problem in a manner similar to that which has been covered, firstly by honest introspection and accountability followed by categorising the problem at hand, the next step of asking the right question should become easier. Remember, the first question that pops to mind may not be the right question and that is the challenge. To delve deeper, to push one’s self to ask more, not to be satisfied by any question, but to seek the ‘right’ question.