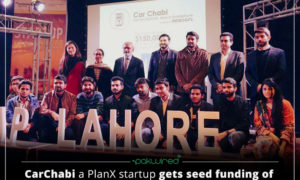 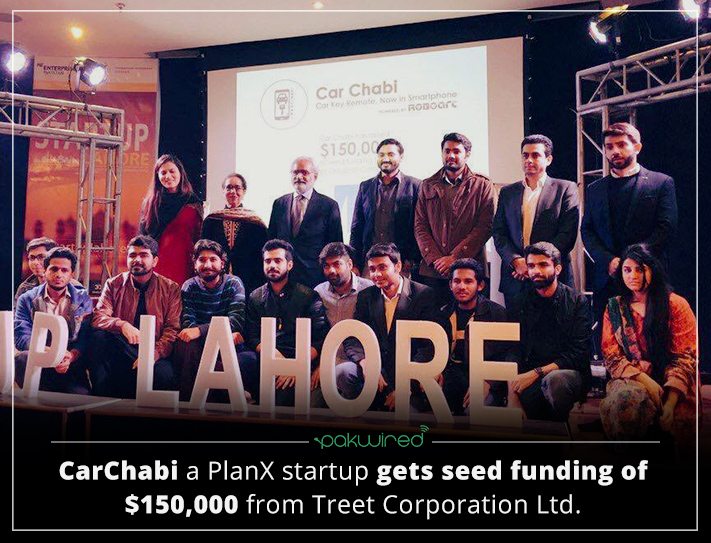 Car Chabi is an IoT startup here to revolutionize automobiles in Pakistan by providing a digital key of the car in your smartphone. They are providing a lifestyle change for their users by offering technology advancements for their cars. Ali Rashid, CEO of Car Chabi describes that “Our customers are the people who love cars and technology. With us making life enhancing products, which are essentially going to improve their lives in one way or another. It is not about the spectacle but rather about leaving the proportion of technology to create the drama – and this is our ideology. With just a little amount of technology, we can create an ease for the customer. We are focusing on life enhancing products driven by IoT.”

Car Chabi’s smart device, connects to your cars wiring harness and provides a number of controls for car users via their smartphone for example, users can lock/unlock, turn on and off, start/stop, secure, and turn the AC and heater on/off.

The team is being led by two young entrepreneurs, Muhammad Ali Rashid, CEO and Hammad Siddiqui COO of Car Chabi, came up with this idea, whilst working as engineering graduates in Lahore. Car Chabi started its operations in January, 2016. Within a year, they sold a 1000 units of the Car Chabi device and generated a revenue of $30k, all the while acquiring customers across Pakistan. Not only this, but they were also runner ups at the Throw-a-thon at LUMS and were selected as one of the Top 12 Startups at TIE Lahore.

Car Chabi is currently being accelerated at PlanX, the nation’s largest technology accelerators. Being car fanatics themselves, the PlanX team connected them with a fellow enthusiast Syed Shehryar Ali, Executive Director at Treet Group of Companies, who shares their passion of cars, gadgets and gizmos. Since Shehryar was passionate about technology, he was was quick to grasp the idea and vision behind Car Chabi.

This led to Car Chabi raising a seed round of $150,000 led by Treet Corporation Ltd. “This investment has helped us to expand our team and will allow us in the research and development of new products. We will also be focusing on mass production of our current product, Car Chabi and looking to expand all over Pakistan as well as the Middle East.”- Hammad Siddiqui, COO Car Chabi.

Mr. Shehryar Ali shared his confidence on the investment, stating that “Automation is the future and Pakistan still has a long way to go. Car Chabi will get the first mover advantage. A decade or two ago what we considered a luxury (cell phones, laptops etc. have now all become a necessity). There is no doubt in my mind that automation of products will follow this trend in years to come. I think it’s a great investment otherwise I wouldn’t have gone for it.”

As a result of this investment, Car Chabi will now operate and be held under a parent company, named ‘RoboArt Pvt. Ltd’. Under RoboArt the team will continue to work in the field of IoT and develop a multitude of products that would cater to a larger audience in Pakistan.

“This is the first investment news of the year and one in a hardware startup. Pakistan certainly has the raw talent and now the backing of local angel investors. Pakistan has everything that Silicon Valley has and I hope that our local eco-system continues to flourish for the duration of 2017 with many more investments to follow.” Dr. Umar Saif, Chairman of PITB, MITEFP and Vice Chancellor of ITU.

Car Chabi is currently being accelerated at PlanX, after graduating from Plan9 (both projects of PITB). Ali mentioned that “It is because of PlanX that we had a chance to meet Syed Shehryar Ali, Executive Director at Treet Group of Companies. They have helped us in business development and growth of our business. They have also helped us in building relations with distributors all over Pakistan.”