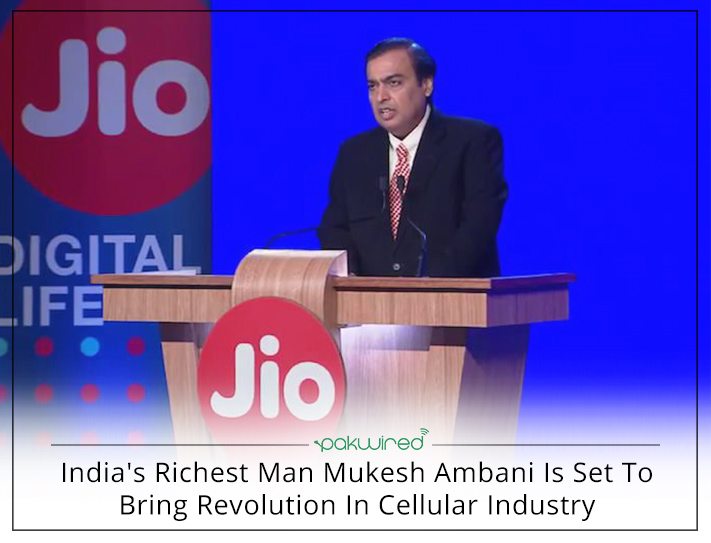 The chairman of Reliance Industries, Mukesh Ambani said that his company has devised a new web-enabled, mobile handset; that too for a very affordable price of just $23. He told that even though the handset is pretty simple, it can still handle the speed of 4G mobile-data. This move is expected to shake the whole mobile industry as phone manufacturers will have to decrease the price of their phones in the future.

With free voice calls and text messages, the mobile will provide unlimited data through Reliance Jio Infocomm Ltd. Monthly charges for the services will be only 153 rupees.

Also Read: Global remittances – India at the top while Pakistan is ranked at No. 5

Mr. Ambani said that the arrival of this phone will surely bring a kind of a revolution in the lives of thousands of Indians who are currently using feature phones with limited functionalities. The phone will inhibit a physical keyboard instead of a touch-screen to make it easier to access the internet. In addition to that, users will be able to access the internet through voice recognition.

This is not the first project of Ambani as last year he also introduced his new carrier on a rather affordable rate. Currently, his new carrier has more than 125 million subscribers.

As the idea of Reliance has gained hold, competing companies have already started to slash their rates on data. Moreover, Vodafone, another big cellular company in India has announced that it will soon merge its business with its local rival, Idea Cellular, just to compete with others and stay ahead in the race.

According to the data presented by the Telecom Regulatory Authority of India, cellular companies in India are generating average revenue per user of only $2 a month. This makes the telecommunication industry of India the world’s cheapest cellular service provider.

Currently, feature phone users in India are paying $2 a month for text messages and voice call services. However, with the new device introduced by Reliance, they will pay the same price while having a phone with access to the web and unlimited volume of data.

While talking about the feature phones industry in India, Mr. Pathak said:

Availability of the phone?

He believes that the JioPhone will lure users looking for an upgrade from their feature phones to the new JioPhone. The manufacturing of the phone will start in the last quarter of the year and the phone will be made available to the general public in September 2017.