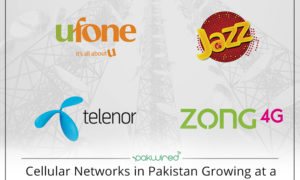 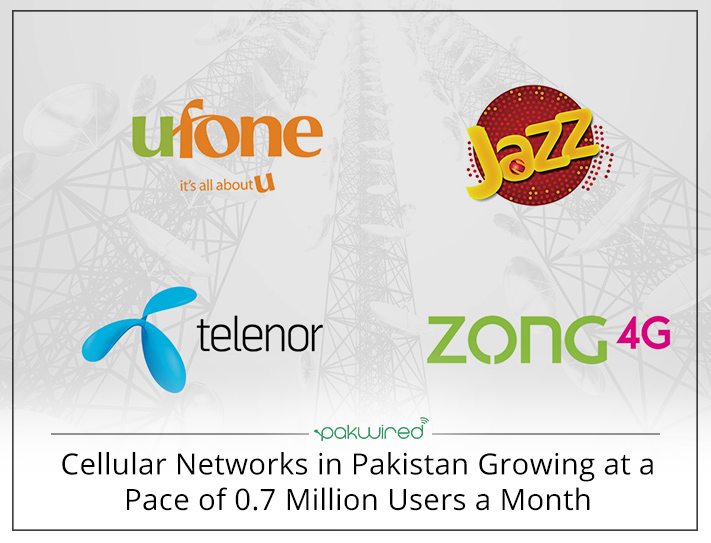 As per an official statement released yesterday, Pakistan Telecommunication Authority (PTA) has announced a significant rise in the number of users using third-generation (3G) and fourth-generation (4G) mobile broadband services. The number of respective subscribers has grown noticeably from 37.574 million countrywide at the end of 2016 to an estimated 38.269 million in January 2017.

All major telecom operators in the country – Mobilink+Warid, Telenor, Zong and Ufone – have collectively contributed 0.695 million subscribers to the total number of broadband users.

The latest statistics released by PTA indicate the total subscribers of Jazz – a new brand name after the merger of Mobilink and Warid – reached 51.534 million in January 2017. Mobilink, however, had exited the month of December with a subscriber base of 41.253 million as compared to the 10.27 million of Warid.

Zong stands at a 27.496 million  subscribers count. It added a total of 0.567 million subscribers in January 2017, a significant improvement compared to subscriber addition in the previous month.

Telenor has also seen a surge of subscribers. The Norwegian-owned telecom operator added a net 0.133 million mobile subscribers in January 2017. The company now has a subscriber base of 39.586 million customers.

Ufone’s mobile subscribers, however, declined in the same period by 0.55 percent. Recent data reveals that the number of active mobile users fell to 18.478 million from 18.581 million.

In Pakistan, cellular mobile penetration and usage reached 70 percent – the highest so far. Moreover, the number of broadband users rose by 1.47 percent reaching at 40.7 million in January 2017, as compared to 40.1 million in the preceding month.