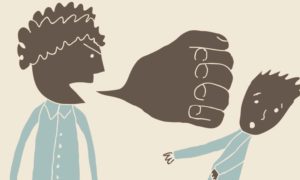 Are you an angry and aggressive person? Believe me, I know the feeling! These emotions have often caused me to lash out at the people I love most. That’s a sad truth, but I have to own the fact for my own personal development. People who lack self-awareness make the same mistakes over and over again. To prevent this error of judgment in your own life, you must learn how to channel anger into something product. So, why not art? Here’s how to do it.

You might care immensely about a cause that’s important to you. That could be equality, world peace, net neutrality, or any number of things. No matter how upset you get by what you perceive as injustice, you must stay calm. The moment you lash out is the moment your opponent will stop listening to you. Accusing your perceived enemy of what you call a “sin” will only cause them to become defensive. You must meet them with compassion and understanding. Otherwise, the negotiation will end before you can reach a compromise that makes you happy… and then what?

It’s impossible to sleep when you’re so bothered by an issue that your mind won’t shut up. At times like this, it’s helpful to journal. I like to write my thoughts, stream-of-conscious (word vomit) style in a notebook before bed. Journaling helps me empty my mind of troubles. Often, I’m able to translate these thoughts into a work of art exactly like the article you’re reading now. Borrow the same tactic to deal with your troubles in a way that will help other people later. There’s nothing more healing than helping your fellow man deal with an issue you both struggle with.

“Fighting for peace, is like f***ing for chastity.” ― Stephen King

You get accused of a crime or shortcoming that you don’t believe is fair. First of all, drop the idea of “fairness.” Labeling actions “unfair” will only cause your counterpart to become defensive. As we already discussed, this will end the negotiation before it even has an opportunity to begin. It would be better to deal with your troubling thoughts in a different way. And producing art that helps people with a similar struggle is a way to build a mutual connection. You’ll not only help yourself, but you’ll also help an immense amount of others through your creative process.

“There is no gesture more devastating than the back turning away.” ― Rachel Simmons

Lashing out won’t upset your opponent as much as you think. You might fight, resist, or demean them with the intention of seeking revenge. Vengeance feels nice at first, but it doesn’t leave a lasting impact. If anything, you’ll only make them feel justified in their initial actions. And then what? Your relationship will be ruined instantly. Instead of fighting fire with fire, walk away from the situation without even bothering to react. People will be so puzzled by your lack of reactivity that it drives them mad. Isn’t that the reaction you were shooting for, anyway? Yes!

“Crazy people are considered mad by the rest of the society only because their intelligence isn’t understood.” ― Zhou Weihui

Always remember that people are limited by their upbringings, value systems, and life situations. Often, what looks like a lack of compassion is merely a misunderstanding. Try not to label people’s words or actions with adjectives. Your labels will be inaccurate more times than they are true. And you’ll only create a mental nightmare inside your head. What’s the point of that? Trick question. There isn’t one. Express your feelings in a book, blog, article, song, movie script, or any kind of art. This is a much healthier way to deal with the stress and torment that bothers you. Agree? If so, share this article with your friends on social media. They will definitely appreciate the insights. :)