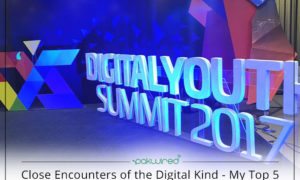 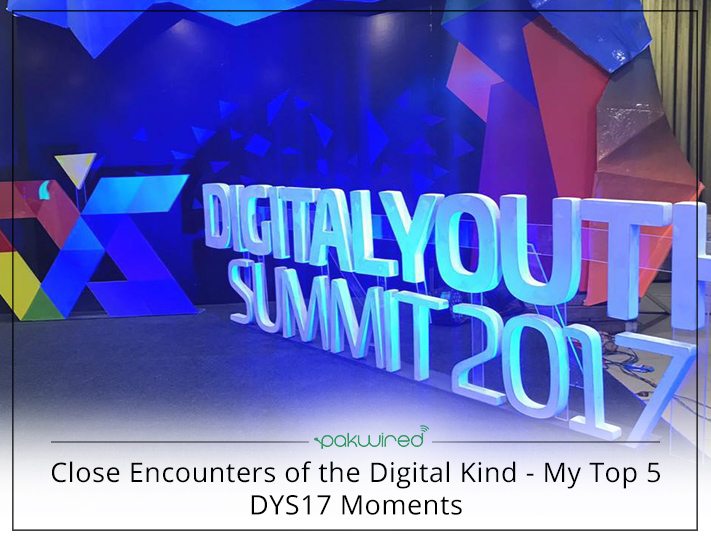 The Digital Youth Summit (DYS) has been happening every year in Peshawar (with the exception of 2016), and it has a played an instrumental role in putting Peshawar on the digital map of Pakistan and beyond.

There was once a city known (at least outside the city) mostly for guns, bomb blasts, traffic jams and its 8-10 months long scorching summers. The violence and restlessness it has had to experience once forced its doctors to stay armed in order to avoid being kidnapped for ransom.

That city was Peshawar.
It was a common sight to see friends from Lahore or Karachi being too afraid to visit Peshawar.
That all now seems like a distant memory.
The new city that’s unveiling right where the old city used to be is a different entity all together.
It’s the new Peshawar. The city of peace and passion.

Now, I often get asked by friends from other cities on what’s the tech-scene of Peshawar is like. Many visit the city more often and leave hoping to come back again.

And of course, perhaps the most instrumental factor in strengthening the Peshawar brand is the Digital Youth Summit (DYS) where we get a chance to connect with some of the most promising and talented experts, geeks, and nerds working at the cross section of technology, culture, creativity and more.

Some of them are based in Peshawar, while others comes from cities and countries and continent which are far away from our city.

While previous editions have the DYS have taken place at Shiraz Arena, this year’s event was at a venue which wasn’t too far from Shiraz Arena but was quite different in terms of logistics and more.

Much has been said about why the venue was changed. And based on what I’ve heard from others (including some participants, media professionals, and guests) the venue was surely not a suitable as the previous one.

However, if it is true that security fears led to the change of venue, I totally support the move since a more secure venue surely must have enabled our foreign guests (coming all the way from Malaysia, USA, Singapore and other countries) to be in Peshawar.

I hope that the management works on a better and more improved solution for the venue of next year’s DYS so that it is easy to go from the main hall to one of the workshop rooms (which was quite seamless to do at the older venue) and so that the media also finds it easy to do photography and video recording. 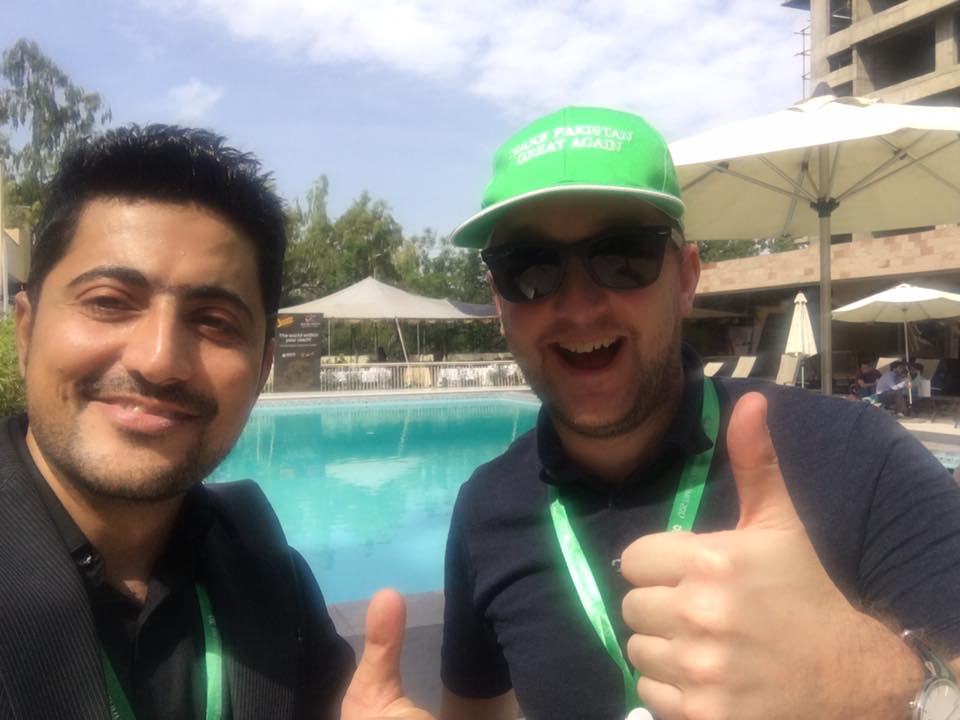 One of the DYS speakers Dan Clarke is a British entrepreneur based in Singapore.

Another speaker, Samuel D. Bretzfield is an American entrepreneur who has recently moved from Bangladesh to Malaysia.

I wanted to tweet this photo of Dan wearing the hat at POTUS but I decided otherwise.

While I didn’t had a chance to attend the discussion in which =Careem’s MD Junaid Iqbal was a panelist, I and some other young(er) members of the local community ended up having an interesting chat with him afterwards.

It was entertaining as well as inspirational to learn how Careem is working day and night to analyze their analytics, customer behavior and what not in order to further excel their growth within Pakistan. Today’s technological assets enable companies to store and record tons of data about their customers. Many don’t know much about why or how to use that data. So it was great to know that Career is paying attention to the various factors of their market and audience by studying, analyzing, and acting upon their data.

Fun Fact: Junaid mentioned that they make sure that their most valued customers are getting tons of goodies and incentives. He mentioned how many people come to them and tell them that they are Careem’s heavy users, upon which, Junaid said, ‘We tell them if you didn’t receive free cookies from us you aren’t our heavy users’.

I asked Junaid how Careem plans to respond to Uber’s plan of basically wiping out their competition by offering the lowest prices (even if that means making no profit) so as to make bigger gains in the long term.

Junaid had an interesting take on the subject. Apart from stressing how Careem is competing quite well agains Uber in multiple markets, he mentioned that customers don’t get attracted to the lowest prices but a better quality and a better customer experience. He was of the opinion that eventually market economics will settle the prices for all and sundry.

I was fortunate enough to have a long extended chat with Alexander Ferguson who is a Senior Manager, South Asia External Communications at the World Bank.

While we spoke on a variety of things (ranging from British rule of United India to books and what not), the highlight of the meeting was our common interest in behavioral psychology.

While my interest in the subject is primarily due to my background in marketing, Alexander mentioned how he plans to study the subject in order to better understand an interesting phenomenon happening in certain parts of India.

He shared, how rural area population of Hindus who are provided free toilets choose to store grains in those toilets which is “explained by the fact that they have not been convinced yet of how improved sanitation can improve their health”.

Since, I have had to conduct a couple of workshops myself at the event, and have had a few meetings as well, I am sure I have failed to attend and mention many other great highlights of the DYS17.

However, some other important tidbits include:

I saw this tweet posted when the panel discussion on business incubators and accelerator was taking place.

While I completely agree with the above notion given how many young startup founders join an incubator with the unjustified hope that the incubator will do all the grunt work for them (ranging from fund raising to finding the right team members and doing marketing etc(, there exists another side of this story.

To continue using the gym analogy, I will humbly opine that a gym works better if its founders and trainers have relevant qualification and experiences, and that doesn’t mean running a fast food restaurant for 10 years.

It also helps if the fitness trainers are working actively on helping the customers do a great work out rather than promoting their work. It is important to promote one’s work; heck without enough companies doing it I would be broke. But it is more important to do that work that deserves promotion.

This isn’t a personal attack at anyone, nor does it mean that our incubator and accelerators are not doing good work. But it isn’t enough to be good. We got to become great, so as to ‘Make Pakistan Great Again’. And as Jim Collins has said:

“Good is the enemy of great. And that is one of the key reasons why we have so little that becomes great. We don’t have great schools, principally because we have good schools. We don’t have great government, principally because we have good government. Few people attain great lives, in large part because it is just so easy to settle for a good life.”

― Jim Collins, Good to Great: Why Some Companies Make the Leap…and Others Don’t”

Let’s hope that in our quest to create a digital economy run by geeks, nerds, and digital addicts, we also do something about those who live on the margins of our society. For instance, the heroine addicts who still live under different bridges of Peshawar, and sustain themselves and there addiction through begging and petty thefts.

The new Peshawar is good. But it isn’t great yet. And so we will continue to gather at the DYS each year, first to make it great, and then to celebrate it being great.