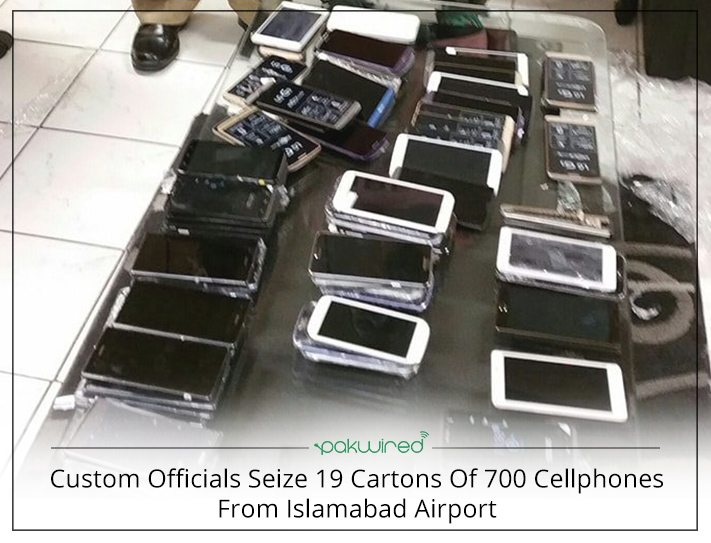 In a latest development, the custom officials have seized 19 cartons from Benazir Bhutto Airport, Islamabad, which contained mammoth 700 cellphones. The officials have taken all the cartons as well as the perpetrators into their custody. Moreover, an inquiry has also taken place to determine the particulars regarding the case.

As per the details which are available, all the cellphones recovered are updated ones. Surprisingly, the devices were recovered from cartons which were marked as vaccines from the World Health Organization (WHO). All these cartons were supposed to be dispatched to Quetta. However, they were timely seized by the custom officials.

During further investigation, it was revealed that a company named EPI sent these cartons. The custom officials immediately formed a contact with EPI. Upon the inquiry, it was stated the representative of EPI was requesting the custom officials to let go the seized cartons.

As per the official of EPI, these cellphones have been dispatched as a ‘gift’ by the organization for personal use. However, the officials did not release the consignment and have asked for the company’s record instead.

As of now, the case is being treated as smuggling until investigation is completed and the matter is sorted between the two parties.