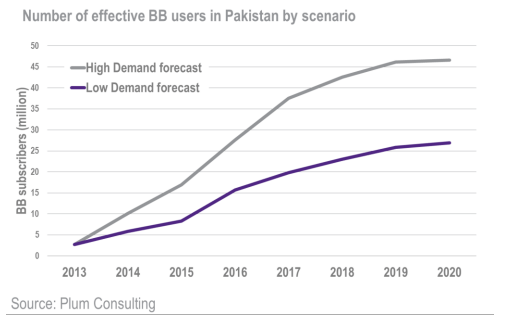 With just one month left before the 3G/4G spectrum auction in Pakistan, all eyes are on Impact of 3G-4G and how this translates into growth for the economy. Yes, there will be an increase in smartphone sales and broadband subscribers – but what are the local governments doing to tap into this new resource? And the question on everyone’s mind – what are we going to have to pay to use these services?

Increase in Smartphone Sales with the Impact Of 3G-4G Launch

He’s not the only person who thinks so. February import numbers show that mobile phone imports have increased by 20% (when compared to February 2013). Mobile phone companies in Pakistan, such as QMobile, Nokia, Huawei and Voice, can see the huge sale potential in the coming months as telecom operators gear up to launch 3G and 4G services soon after the auction in April. This is obvious from the increase in marketing expenditure, but Huawei’s Head of Marketing, Faraz Malik Khan further stated, “We are investing heavily in the Pakistani market in the coming years. I believe that after the launch of 3G it will be an exponential growth. We have conducted smartphone penetration research in Pakistan and the results are fantastic.”

Not only will mobile sales shoot through the roof, so will broadband sales, according to a report by Plum Consulting. They are estimating a low-demand of about 6-million broadband subscribers, and a high-demand of around 10-million, by the end of 2014. This is based on an analysis of countries like Indonesia and India, post-3G/4G launch. 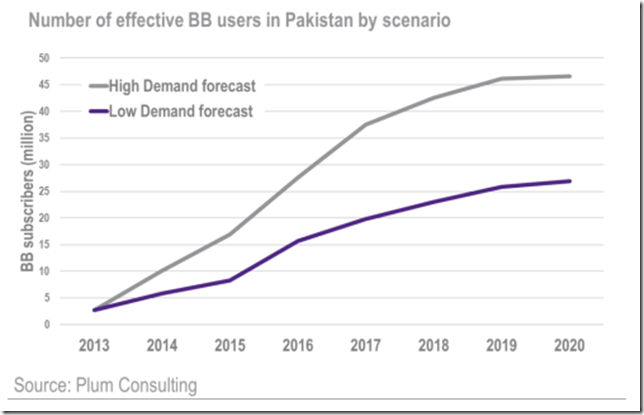 No provincial government is doing more to get itself prepared ahead of the 3G/4G launch than the Punjab government. Multiple projects already exist that use smartphone technology – like traffic violations, issuing of new licenses, crime investigations, and monitoring dengue outbreaks – but the Punjab government is hoping to launch even more projects soon. They are hoping the increase in smartphone users and broadband subscribers will help them expand their reach across the province, improving medical and educational services.

Better bandwidth will help the PITB with current projects like telemedicine, city monitoring surveillance system as well as distance learning. Educational resources can be shared between urban and rural areas with the click of a button once better Internet services are made available in rural areas, and similarly rural doctors can connect with urban hospitals easily.

What Does This Mean For Pricing?

No one can doubt that the launch of 3G/4G services in Pakistan will result in growth in multiple sectors, but what about pricing? How will these services be priced, and will they be affordable by the masses?

A lot of things determine this. The first being the companies that receive the licenses. It is assumed that both Mobilink and Telenor will win at least one license, but these companies are generally geared at the higher-end consumers. However, if Ufone or Zong win a license, it might be a game-changer. Both these operators are known for their low-price, high-volume approach to marketing, and could drive the prices for the services down across the market.

The tariff also depends on the final price for the licenses paid by the companies. According to Telenor Pakistan’s Chief Marketing Officer, Irfan Wahab Khan, “Without much clarity regarding the final price of the spectrum auction, it will not be possible to forecast or speculate on tariff or its affordability for the consumers.”

Mobilink’s Director Corporate Communication and Corporate Social Responsibility, Omar Manzur says that the services will not be restricted to any one type of consumer, and instead launched as packages hoping to attract a wide range of subscribers. “With the launch of 3G, economically viable solutions will be designed keeping in view the needs of customers falling under different social-economic classes. The technology would not be restricted to any segment but would be available to both pre- and post-paid subscribers.”

With companies expected to pay upwards of $295 million for a 3G license, it is expected that final tariffs will only be announced once the licenses have been awarded. Based on India’s launch of 3G services in 2013, however, we can predict that there will be a free–for–all if multiple operators win the 3G license, as companies cut prices and offer packages to attract new customers.