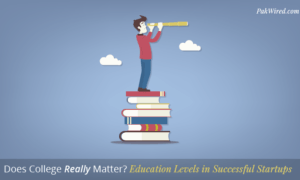 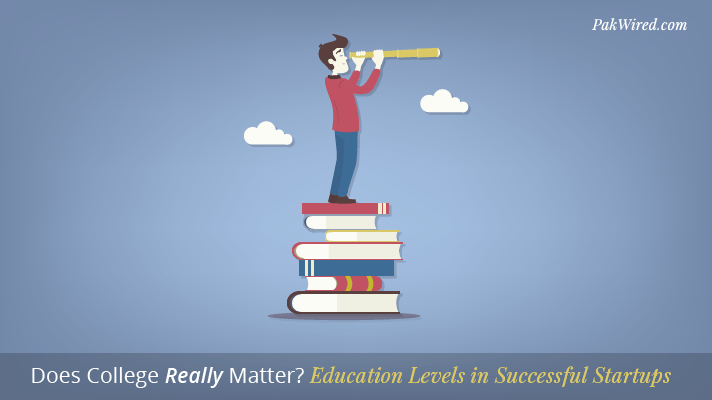 You’ve probably heard about some of the world’s most famous entrepreneurs who also happen to be college dropouts. But how common is it for entrepreneurs to succeed without a college degree? Certainly, many founders graduated with business or science degrees before launching into their careers. When it comes to education and startups, everyone seems to have a different opinion on what the optimal path is.

Getting Hired at a Startup

Mashable looked at the education issue from a recruitment perspective. After questioning several founders, one overarching trend surfaced: education is not a deal-breaker. In other words, most entrepreneurs are more concerned with experience and skills. The founders also cited other factors of importance like curiosity, a love of learning, passion, and cultural fit. While a few admitted giving priority to college graduates because of their proven ability to complete a goal (aka, a degree), others were more open-minded.

“I’m a firm believer in the idea that formal education is overrated and it tends to be a poor gauge of skill or work ethic. I hire people who can simply get the job done, produce stellar work, and do it quickly!” said Maren Hogan of Red Branch Media.

On the other side of the fence, we have those who say education has actually become underrated in the startup world. A LinkedIn article looked at Thiel startups, claiming that despite their fame and the illusion of success, these dropout entrepreneurs didn’t fare so well. “Yes, a few, such as Zuckerberg, Jobs, and Gates were able to achieve success after dropping out. But they surrounded themselves with very competent adults—and they were very lucky…Their companies rarely hire college dropouts.”

When it comes to investment funding, data from 2,500 U.S. startups showed that the top three schools were Stanford, Harvard, and MIT. These schools’ graduates received the most funding. Tel Aviv University in Israel was ranked #15 on the list of otherwise U.S. schools. 7 out of the 8 Ivy League schools were scattered throughout the top 14. While this shows that universities with solid reputations are a good bet, it doesn’t mean that’s the only way to succeed.

In another study, an overview of 549 startups from various industries showed that a whopping 95 percent of founders earned bachelors degrees, while another 47% earned advanced degrees.

So it’s safe to say that a basic college degree is the norm. But does it matter what kind of degree you earn? A cleverly titled white paper, Revenge of the Nerds, says an advanced degree in engineering will get candidates further than an MBA nowadays. This shift highlights the growing value of, and demand for tech skills.

But aside from your typical MBA graduate from a top U.S school, what other demographic is at the forefront of successful startup development?

One little-known trend has been demonstrated by hugely successful founders like Pierre Omidyar of eBay, and Elon Musk of Tesla Motors. According to a FastCompany article, “U.S immigrants today are more than twice as likely to found businesses as their native-born counterparts and are responsible for more than 25% of all new business creation and related job growth. Currently, more than 40 percent of Fortune 500 companies were founded by immigrants or the children of immigrants.” Way to put the natives to shame.

While founders might be open-minded about education levels while recruiting employees, education may matter more when it comes to actually producing successful founders. A 2014 study done by the Kauffman Foundation found that in a roundup of 356 metropolitan cities, high school and college graduation rates affected entrepreneurship rates significantly more than any other factor. According to the findings, tech hubs, high levels of venture capital investment, and well-funded research universities didn’t really encourage startup growth in cities.

It’s clear that various opinions exist on the topic of higher education in startups. While some support higher education, dubbing success stories like Mark Zuckerberg as unlikely outliers, others tend to think of degrees as overpriced and unnecessary.

The collective evidence seems to show that it’s perfectly reasonable for a skilled candidate with some experience and no college degree to find a position at a startup. But when it comes to founders, degrees at top universities dictate higher levels of success in most cases.