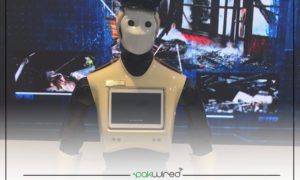 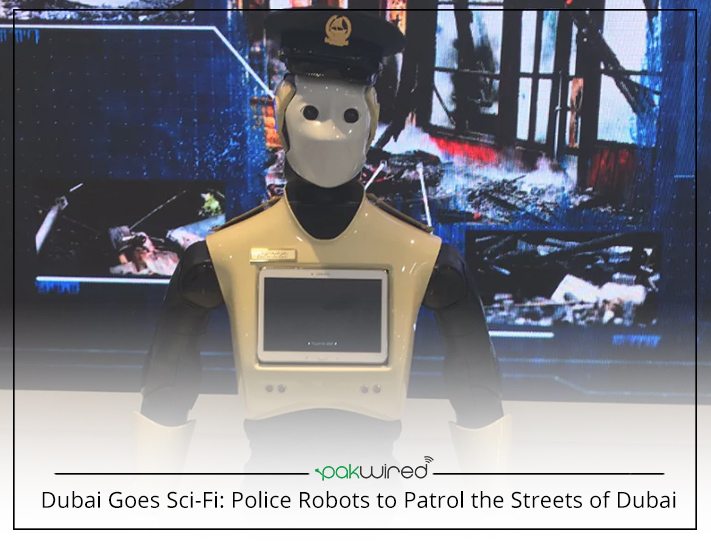 Dubai has become one of the first cities in the world to add patrolling robots as police officers. The first basic version is set to be patrolling the streets this week.

The era of Robocop?

The robot as of now is armed with the ability to recognize voice commands and visual gestures made by humans. Once it is officially employed at the duty, it will be posted in malls and public places. The robot also has a touchscreen strategically located at the chest. This will allow camera streams to be relayed back to the human police officers – the video stream will be recorded and will contain high quality images.

The robot cop has been revealed at a security conference in Dubai – the same conference hall was being patrolled by the robot cops as a demonstration of the features that these robot cops have. The primary objective is to ensure increased sense of security at tourist attractions and major malls. Dubai media office in their tweet revealed a picture of the robot cop.

The world’s first operational robot policeman has joined @DubaiPoliceHQ & is ready to engage with residents and tourists on city’s streets pic.twitter.com/pH56ssungz

A demonstration of the robot cop showed it reading someone’s name badge and saying hello in real life environment. It can even also perform basic movements which include shaking hands and saluting people. The era of robocop may not be exactly upon us, but there are signs that we may move in that direction in not very distant future.

Also Read: Will Robots Put Developers Out of Their Jobs?

Dubai police have been nursing ambitions for robots to make up around 25 percent of the workforce by the year 2030. The head of the force’s smart services however squashed rumors that it will mean cutting of employment opportunities. The robot cops are supposed to help the police force work well as they won’t be requiring leaves and not show human frailties.

Brigadeer Khalid Al Razooqi in his statement said “it won’t ask for any sick leave or maternity leave”.