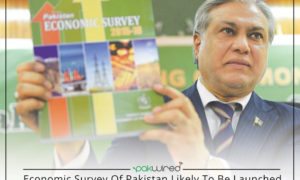 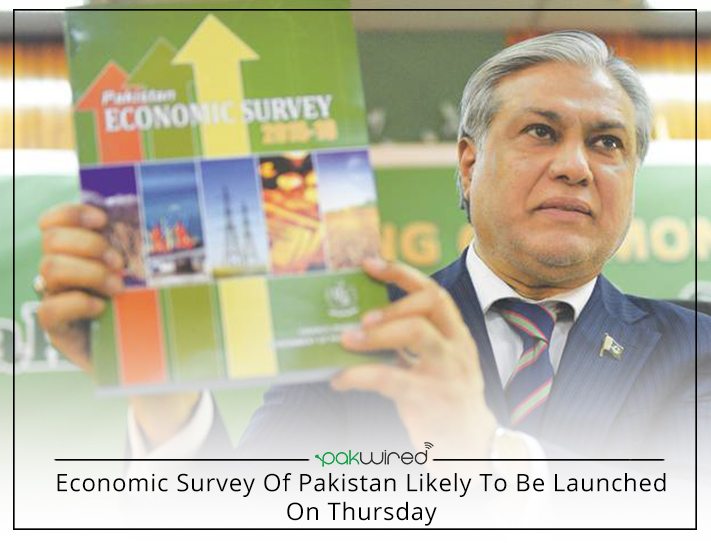 A pre-budget report which will primarily emphasize on presenting the current state of Pakistan’s economy, Economic Survey of Pakistan is likely to be launched on Thursday. It is relevant to state that the document will present the survey for the outgoing fiscal year 2016-17.

According to the official sources, all the necessary and required arrangements have been finalized for the successful launch of the economic survey. The Federal Minister for Finance, Ishaq Dar will introduce the pre-budget document. After launching the report, the minister will present the overall performance of the economy during the outgoing fiscal year. The survey is meant to provide a feedback over the current performance, and a foundation for way forward.

Areas of Coverage by the Economic Survey of Pakistan

Following are the sectors of the economy which the survey will cover:

In addition, the Economic Survey of Pakistan will also highlight the performance of communication and per capita income, education, employment, health and nutrition, labor force, population, poverty and transportation.

Moreover, the survey will also stress on pivotal issues like contingent liabilities, economic and social indicators, environment and tax expenditures.

On the other hand, Prime Minister Nawaz Sharif has approved the GDP growth target at 6% for the financial year 2017-18. The prime minister gave a go-ahead on 19th May during the chairing of National Economic Council (NEC). It is noteworthy to mention that the government managed to achieve 5.3% GDP growth rate in the outgoing fiscal year.

Additionally, the NEC also gave a green signal to Pakistan’s consolidated development budget of Rs2.14 trillion for the upcoming financial year 2017-18. As a result, it exhibited highest-ever surge in the overall national disbursement.