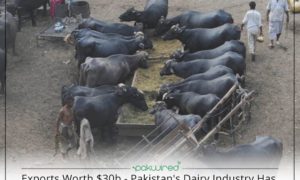 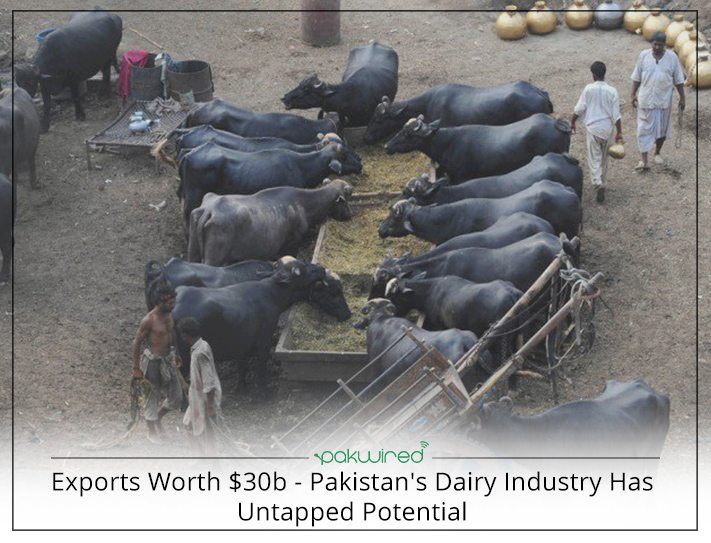 Milk is one of the most popular food items in Pakistan and is consumed as fresh, boiled, powdered and in processed form like yogurt, ghee, lassi, butter, cheese, ice cream, sweets and in other confectioneries. Indeed, the dairy sector opens up the sheer possibility for Pakistan to earn nearly $30 billion from exports of the dairy products on more than one count.

Pakistan has an edge over Brazil to export its milk in the international market at a cheaper price point. Countries like Iran, China, Malaysia, Philippines, Sri Lanka, Bangladesh, Indonesia and India are desirable destinations where the country’s produce can gain a competitive edge with consumers, as per the learned sources.

Sources related to Pakistan Dairy Association have expressed that with proper infrastructure, Pakistan can be an exporter of milk and dairy products, and a major player in the global dairy industry.

In addition, the milk produced in Pakistan is deemed to be one of the best in the international market. Over 6 billion people use milk and dairy products worldwide and production touches a whopping figure of 864 million tones. Several countries, including United States, China, Pakistan and Brazil, have witnessed a surge in dairy production during 2016-2017.

Pakistan, being one of the world’s largest milk producers, produces over 46 million tonnes of milk annually in both raw as well as Ultra Heat Treated (UHT) form, pasteurized, powdered and condensed milk, butter, yogurt, various cheese types and butter oil. However, only a little over 8% of milk currently sold is packaged.

Several foreign company manufacturers or on terms of joint ventures with local stakeholders and investors are functioning in Pakistan. In this regard, many new dairy plants are being installed through joint ventures with non-governmental organizations. At present, however, only 45 milk processing units are producing packed milk in the country.

Is your milk brand safe?

According to a survey, increasing urban population with rising income, better-informed consumers and an emerging middle class have helped increase the growth of packaged liquid dairy products (LDP) in Pakistan.

The diary sector accounts for nearly more than 11 percent of Pakistan’s national gross domestic products. In addition, net foreign exchange earnings from the livestock sector stands at Rs 52 billion, which makes up 11.8 percent of the overall export sales.

It is pertinent to mention here that the Pakistan’s dairy sector has attracted an investment – domestic and foreign – of more than $870 million over the last five years due to overall improvement in the macroeconomic activities.