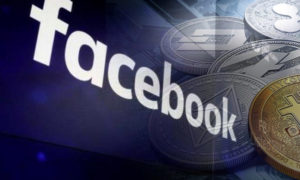 At the end of a hard year for crypto traders, the news of Facebook Inc. launching its own cryptocurrency has created a spark in the financial circuits. According to the latest grapevine, the 2.5 billion global users strong social media giant Facebook is on its way to develop a new cryptocurrency stablecoin, to facilitate the network users to transfer money through the WhatsApp messaging app. The messaging app had been acquired by Facebook in 2014.

As per a Bloomberg report, the development is expected to be initially targeting the remittances market in India. It is pertinent to point out that India leads the world in remittances. According to a World Bank statement issued in 2018, only during the year 2017 people sent $69 billion home to India. It may be of interest to our readers that India also happens to be the country Google especially developed its money transfer/mobile wallet app Tez for. Tez has been rebranded to Google Pay in August this year.

WhatsApp is an extremely popular communication means in India. With over 200 million users, Facebook’s  encrypted mobile-messaging app is already a business tool in the Indian economy. With 480 million internet users, India happens to be second only to China in terms of online population. According to Forrester Research Inc., this number is projected to grow to 737 million by 2022.

Unlike Google Pay, Facebook’s stablecoin – which is currently at a strategic planning stage – is a digital currency. To eliminate the signature volatility of the digital currencies, the cryptocurrency is pegged to the U.S. dollar. At present the currency is far from seeing the light of the day, though Facbook is actively working on the strategy, in addition to formulating a plan for custody assets, or regular currencies to protect the value of the stablecoin. Stabelcoins follow the concept of a digital currency which is far easier to use in the daily routine due to the stability it offers in comparison to other cryptocurrencies like Bitcoin.

Ever since former PayPal president David Marcus had been brought on board to run the Facebook Messenger app in 2014, all eyes had been at Facebook to make a move in the financial services. In May this year, Marcus became the head of the company’s blockchain initiatives. While any blockchain product hasn’t been part of any public discourse, there has been a substantial rise in the number of Facebook employees belonging to the division. If employee titles on LinkedIn are considered a reliable metric, Facebook now has about 40 people in its blockchain division.

According to a company statement over the blockchain hiring:

“Like many other companies, Facebook is exploring ways to leverage the power of blockchain technology. This new small team is exploring many different applications. We don’t have anything further to share.”

While cryptocurrencies are still struggling for a global validation, there has been a definite rise in stablecoins related crpto projects. According to the data put forward by Stable.Report – a website that tracks stable tokens, during the year the maximum number of ventures following the theme at a time, has been more than 120.