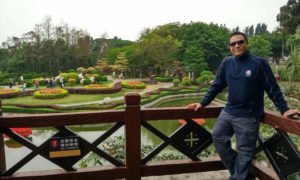 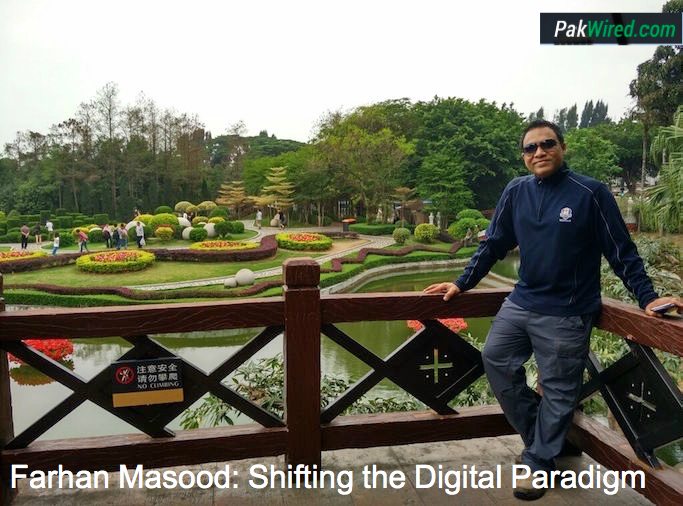 Pakistan’s technological landscape has experienced a massive transformation over the past one decade. Burgeoning with immense talent, the country has produced some of the biggest names in technology the world over. Trailblazing tech dynamo Farhan Masood is one such name who has not only made his country proud by being disruptively innovative, but has also played a pivotal role in fundamentally shifting the digital paradigm.

PakWired (PW): How and when does your personal journey begin?

Farhan Masood (FM): My career actually began when I introduced Urdu, Persian and Arabic scripts in the digital world. It was a time when Microsoft had not yet released an OS version possessing the capabilities of viewing all languages. After initially working for a number of digital entities as well as the Government of Pakistan, I moved to Dubai, UAE. I was selected in the team spearheading the Emirate’s groundbreaking e-government initiative.

PW: What inspired you to establish SoloInsight?

FM: I was actually inspired by the movie Minority Report and after a five-year stint in the UAE, I decided to head back home. It was time for my next big challenge. The main reason behind my return was to establish a company that would be recognized as a Pakistani venture and given due credit.

PW: Tell us more about SoloInsight, when was it established?

FM: SoloInsight is a biometrics technology company offering smart, cloud-based solutions including workforce management, access control and compliance enforcement. It was established in 2005. We started from Pakistan, partnering with customers like Pepsico, Nestle, Fritolays and many famous textile companies; consequently boasting a portfolio of 106 clientele at that point in time. We began working on a concept which is now famously known as the Internet of People. Our test base is in Pakistan where we run our quality control procedures.

PW: What is critical to productive entrepreneurship?

FM: You definitely need a supportive atmosphere to succeed. In the beginning, it was quite difficult for me as everyone assumed that I had gone mad and thought my ideas would never work. So I started surrounding myself with like-minded individuals. The importance of a positive environment cannot be emphasized enough for without it, you may fail to even take a single step forward. And this is what we lack in this part of the world. To my surprise, it was a totally different scenario when we established our company in the US.

PW: What in your opinion makes entrepreneurship in the US different from that in Pakistan?

FM: The major difference in the US is the willingness of people to invest in entrepreneurs who have actually failed once or twice as opposed to those just starting. They rationalize that giving their money to someone who has failed is better than to someone starting afresh as the former would not repeat the same mistakes while the latter obviously would. Failure in the US is a source of encouragement as opposed to what it is thought in this part of the world. That’s why I feel encouragement is extremely important to be brought into this culture at every level; be it school, college, at home or the workplace. And this is how I live by now, that is to encourage people.

‪A next-gen visionary, Farhan Masood has won over 36 international awards for his contributions to the tech sector.‬

PW: Comment on the Pakistani tech landscape and where do our ‘Millennials’ stand?

FM: We have some amazing talent pool in Pakistan. While the big guns of tech like Google were focusing on India, we were left to our own devices. We have our very own set of incubators and innovations centers such as Nest I/O, Plan9, LUMS’ innovation center etc., that are busy creating a really dynamic tech workforce. There are some really inspiring people who are working hard to promote our society like Jehan Ara. Look at the remarkable work she has done. There is Azhar Rizvi, Khurram Zafar, Nabeel Qadeer, Badar Khushnood, Zia Khan and many others like them. These people are doing fantastic work in whatever capacity they can. As a result they are playing an instrumental part in pushing Pakistan to the next level. I really believe the next tech boom will emerge from Pakistan in the following 10 years.

PW: What are the issues that create hurdles in positive economic growth of a country?

FM: It is critical to create a culture of acquisitions in Pakistan, which is also investor-friendly. There are problems everywhere in the world. The issue in this part of the world is that we tend to focus only on the negative. Pakistan is a country that is brimming with opportunities and we need to show investors that. If you look at the local media, all we are presenting on TV is negative. Why can’t they spend one hour a day on highlighting all the positive aspects of our society. Our kids are winning awards and accolades all around the world but there is little or no mention in the local media. I can guarantee you, we can change the image of Pakistan globally if we showcase the constructive and progressive facets of Pakistan in local media and lobby / collaborate with the western media.

PW: What can be done to remove obstacles in the way of progress?

FM: There are a number of things that can be done. Not only do we need more investors to look into Pakistan for viable business, we need our own local conglomerates – the big boys of the corporate world to look into the Pakistani tech scene and start acquiring companies. It is high time we change the narrative, amend the message of negativity to one that declares that we are a country with immense talent, rich in resources and opportunities. Companies need to be shown the value of doing business in Pakistan. We need to set examples and be more vocal about the value that investors can derive from bringing their business here.

PW: How do you envision Pakistan’s future as far as the tech scene is concerned?

FM: We just need to train our people to start working together as a well-integrated team without any ego. We need to consistently showcase Pakistani visionaries in the media that actually prompts are kids to sit up and say that we want to be like them. The people who want to change Pakistan like Azhar Rizvi and Jehan Ara need to be empowered. They should be given more resources. The rich people within the country and the overseas Pakistani community should step up. They need to create a fund and connect with the right people who are already trying to improve and develop Pakistan rather than finding new fund managers. Because of red tape and corruption, we have a tendency to give money to those who put it in their own pockets. I do believe Pakistan will be a truly progressive nation within the next ten years.