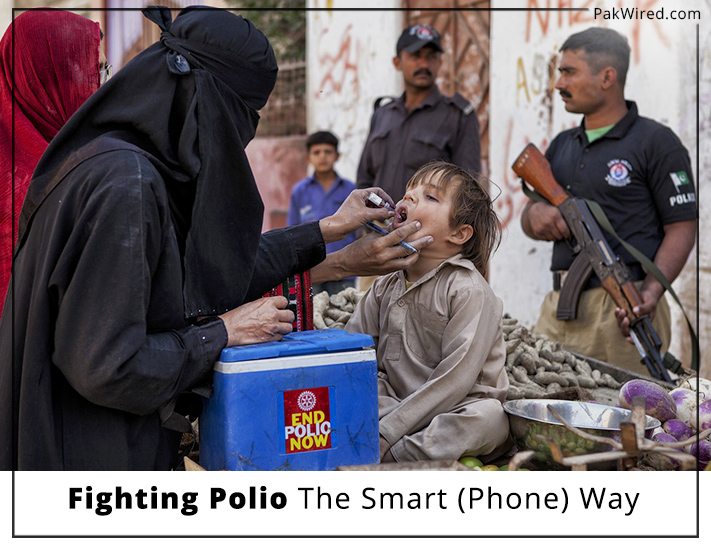 The year is 2016 but unfortunately, we still haven’t managed to eradicate Polio from the nation. However, despite this worrisome situation, Senator Ayesha Farooq, the Prime Minister’s Focal Person on Polio Eradication has declared that 2017 will see a dramatic decrease in the number of Polio victims.

Talking to a news agency, Senator Ayesha revealed that even during the past two years, the number of reported polio cases have decreased from 306 to just 18. She said that these positive developments have been the direct result of some changes that had been incorporated in the programme for eradication of Polio during the recent years.

She further added that educating people regarding the vaccine, providing better security to the volunteers and using better technology has definitely helped the nation in the cause against the disease.

This year, 8 cases of polio surfaced from both Sindh and Khyber Pakhtunkhwa, each. Balochistan and Punjab also reported 1 case of polio, each. This number, however, is still lower than 2015 when 54 cases of Polio had been reported and 2014 when the number was a staggering 306.

Pakistan, however, isn’t the only country still suffering from this disease; Afghanistan and Nigeria also continue to suffer from the same. All three countries have been seeking help from the respective local governments and local as well as international institutions to help eradicate the condition from their respective ranks.

According to experts, the only way to eradicate this crippling disease is to provide vaccinations to all infants and toddlers. In order to help eradicate polio along with other diseases such as dengue, typhoid, etc to name a few, a new smartphone application has been prepared.

This application “Monitoring of Polio Campaign” is proving to be a companion to the conventional pen and paper methods of keeping track of the people who have been vaccinated. It is also helping the government track volunteers to see if they have indeed visited and provided the polio vaccine at all their required destinations. Initially, this application has been provided to volunteers in two high-risk areas: i.e. Rawalpindi and Lahore. Even though the application is still in its beta testing phase, it shall soon rolled out to all volunteers once complete.

Senator Ayesha Farooq commented that emergency operation centers have been made all over the country to both provide polio vaccines as well as to collect real time data. Many are calling this step a good one towards the eradication of Polio but are also insisting that surveys via third parties and impartial sources be conducted to evaluate the efficacy of the new measures.