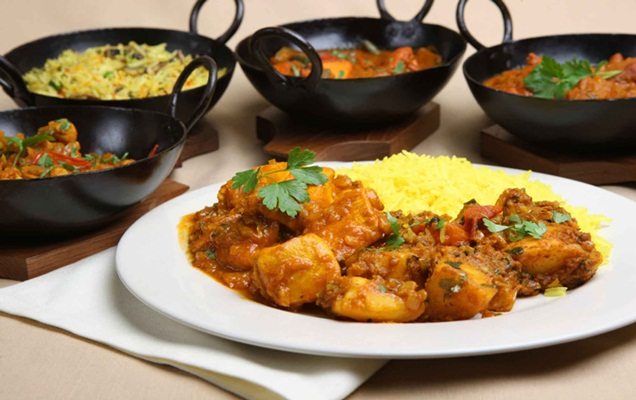 You decide to meet your friends and the first question asked is always where to eat. You go visit relatives with your family and there is bound to be an overzealous aunty piling food three deep onto your plate whether you like it or not. You go to a wedding and there is a stampede to get to the food. You name the occasion and food is bound to play a starring role in the entire production.

Pakistanis and their long standing love affair with food has remained a constant throughout our country’s troubled history. Despite rising prices and record inflation, the food industry appears to be thriving. Increasingly more international food franchises are making an appearance as well as several home based catering and baking businesses. There is also the recent influx of food delivery applications that allow you to order from a range of available food and have it appear at your door.

From FoodPanda to EatOye, everyone has the latest in food delivery apps on their phones. This is a huge market, and will continue to grow as internet access on smartphones continues to grow, and ordering food online becomes the “new normal”.

We also reviewed Aaj Kya Pakaen, an app that helps you cook more.

Upcoming ventures to watch out for include Foona, a “food” social network that looks promising, but has a ways to go in becoming the top-rated food website in the country.

A Doorway to Cultural Connection

Apprehensive foreign visitors are often won over by the diverse and rich Pakistani food. As one Gordon Sumanski writes in the Express Tribune, it was the wonderful comfort of ‘haleem, nihari and a warm, buttery piece of naan’ that initiated his fondness for the Pakistani way of life. Restaurants around Islamabad, where foreign visitors are more abundant, are often hosts to one or two visitors from abroad. There is anticipation and a bit of fear on their faces if you look closely, no doubt brought on by legendary tales of fiery spices and abundant use of oil or ghee.

Surprisingly, according to a poll by Gallup Pakistan only 23% of us prefer really spicy food. A large majority prefers moderation. Though that benchmark is most likely higher than a world average!

Another survey unsurprisingly reveals that nearly 52% of us prefer meat to vegetables or pulses if price constraints were removed. Of meat, chicken remains the most popular choice in general. There is of course the occasional specific preference for other meats regionally such as beef in KPK. Another fact that is no surprise is the preferences for tea by 91% of the population. Tea is often free flowing and an extremely social food staple, featuring heavily in any breaks from work or during community events and social gatherings.

Disturbingly, only about 15% of us follow up these spice, oil and caffeine rich habits with regular exercise. This is a trend that need to be kept watch over, since with less than adequate healthcare available we hardly need an obesity epidemic on our hands. The regular diseases keep us fairly occupied as it is!

A majority of Pakistanis eat three meals in a day with the evening tea being an additional highlight. Tea may or may not be accompanied by deep fried street food such as samosay, namak paraay or the occasionally bakery item. Breakfast varies greatly with the day of the week or the region that you may be in. There is the usual egg/toast/paratha version or the roti salan version. There may also be nihari/halwa poori on the menu or increasingly more cosmopolitan options that include fancy eggs, waffles, pancakes and the like. The Punjabi bunch may often favor a sarson ka saag and maaki roti combination, while a Karachi resident may choose nihari or paye as their food of choice to begin the day. Breakfast is often heavy, to sustain one through the better part of the day. Whatever the nature of the breakfast, it is most certainly washed down with a steaming hot cup of skillfully brewed doodh patti.

For those of us who decide to follow up that enormous morning meal with lunch, options include meat dishes or a lentil concoction. This is accompanied by naan, roti or rice, preferences for which vary depending on what city you are in. Vegetable dishes may also be on the menu.

Dinner is often the only meal where the whole family may be present. This meal is given its due importance with fancier versions of the staple Pakistani curries making an appearance. Biryani or pulao may also make an appearance.

Pakistan also has an abundance of fruits throughout the year. Mango is a summer favorite while oranges and apples remain popular in the winter.


Whether you are travelling, working, meeting people or sitting around, food is always right around the corner. With such a variety of options available at every corner, a wonderful feast is always on the agenda!