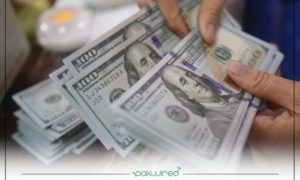 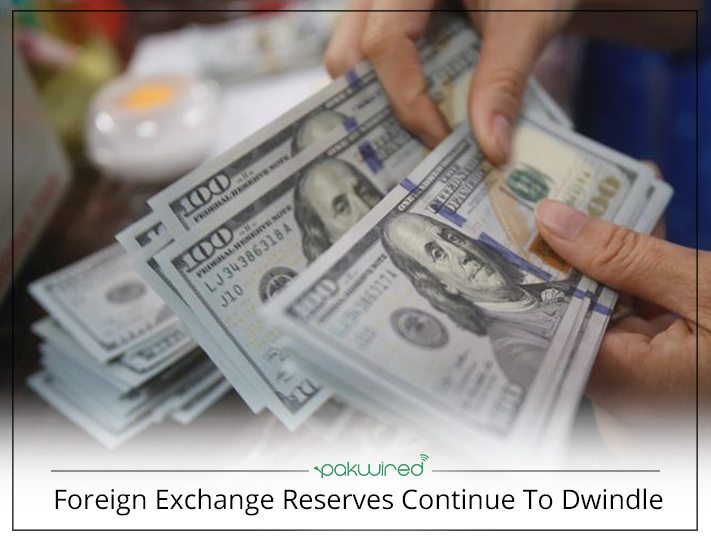 The breakup of the reserves is as following:

As per the media sources, the collapse in foreign exchange is witnessed largely because of payments on external debts. Moreover, another reason of cessation is ‘other official payments’ as cited by the media.

Also Read: Pakistan faces a 7% cut down in foreign remittances in April

The current standing of reserves is at $19.94 billion which is the lowest since June 2016. It is noteworthy to mention that government set the target for 2016-17 which was breached because the government took a loan of mammoth $1.5 billion from commercial banks in June.

The target to borrow from commercial banks was $2 billion; however, it amplified to $4.4 billion by the end of June. Although the reserves hit its zenith in October which it touched $24.4 billion but it has been noticing a decline ever since.

As far as reserves held by commercial banks are concerned, it has reached six-year high. The primary reason is that these banks are strictly maintaining the standard of short-term borrowing of foreign exchange of late. This is a share of their endeavors to recharge dollar liquidity even with a steady conversion standard among a developing current account deficiency and deteriorating reserves.

The SBP has issued a warning to the concerned authorities pertaining to cumulative levels which indicates the very fact that the level of short-term dollar borrowing is closing to enormous $875 million.

Do you think foreign exchange reserves will continue to slide in the upcoming months?