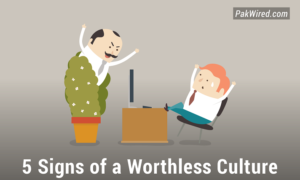 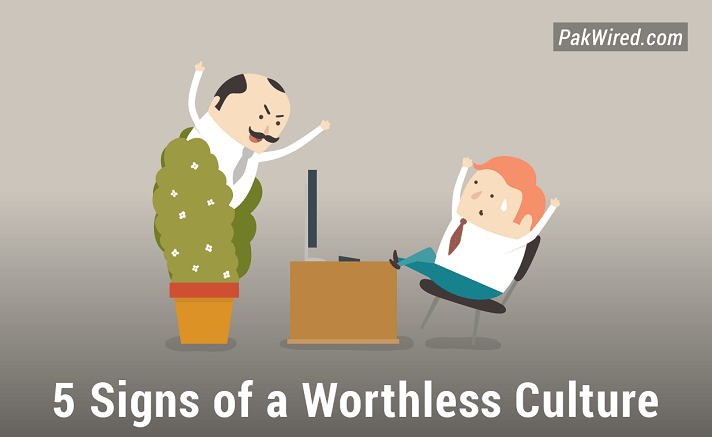 A few days ago, a former student called me up in a hushed voice. She had just given her final job interview at one of the largest software houses in Pakistan (not AXACT) and was filling out a paper form to share her info. Something was nagging at the back of her mind. Could it be the fact that a firm positioning itself as technically savvy expected her to fill out a paper form?

Graduates beware, you’re in for a scare. My student was lucky to have spotted one of the many red flags that voice to gap between promises and behaviors in large companies that are blinded to their own inefficiencies. Here’s a few more signs to look out for to avoid a hostile workplace:

1. An HR manager that values hours worked and office presence over getting the work done. I once told a team lead (that wasn’t feeling well) that she could work from home as long as she got the assigned work done. She did. But the HR manager got “insulted” that I expressed a viewpoint along the lines of “getting the work done is far more important than where you got it done.”

2. Sales team following up on leads a week after handing them over. I once had a sales “team” that not only took their time responding to emails of leads sharing their briefs and inquiries, but also had the nerve to insinuate that the marketing team wasn’t doing their job.

4. An environment where the CEO’s relatives are given international opportunities without hesitation. No seth knows he or she is behaving like one.

5. A company self proclaimed as futuristic, that insists on time sheets being filled out and having job applicants (that electronically shared their CV’s earlier) fill out a sheet of paper with the same details listed in the CV. Redundancy black belts everywhere.

You might be giving yourself the standard “yeh tou chalta hai” but as a reader of a start-up focused publication like PakWired, you’re brain is already wired to see inefficiencies and fix them. Companies with problems like the one’s shared above are too far set in their ways. Such repeated acts before your eyes will deep fry your brain. Better to start somewhere you can stick to than join a company fearing a gap between graduation and work. You have been warned.

–
Did we miss out some red flags? Share your experiences in the comments below.