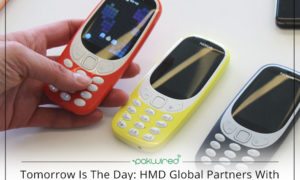 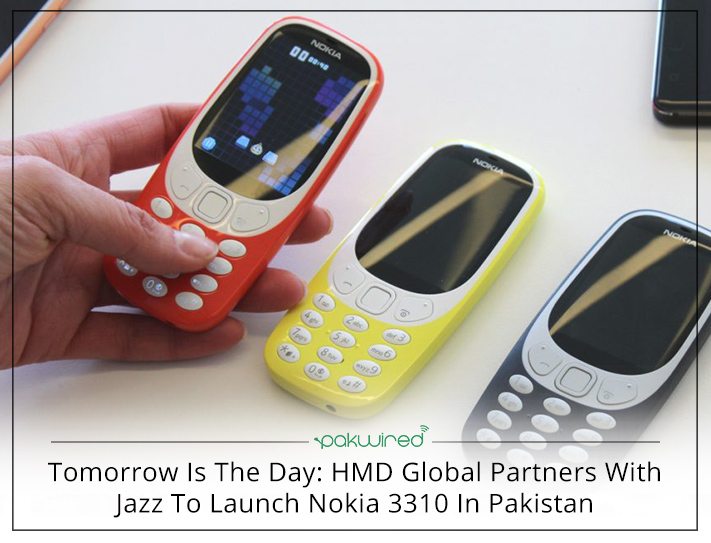 Everyone would be able to get hold of refined Nokia 3310 in next couple of days. This little beauty, in particular, will be available in the market most likely from tomorrow.

The collaboration between HMD Global and Jazz will assist the smartphone users on the whole. The partnership between the two companies will enable Jazz to offer special promotions to the customers on the purchase of Nokia smartphones.

Statement of the key executives

“We have partnered with Jazz – Pakistan’s largest mobile network to build up on the excitement & the anticipation we’ve seen from Pakistani consumers following the announcement of Nokia phones at the Mobile World Congress in February this year. We are working closely with Jazz to bring the Nokia phones into the hands of fans and ensure we’re accessible to everyone”

While sharing his thoughts, the CEO of Jazz Aamir Ibrahim said:

“The partnership between Jazz and HMD Global will be an excellent experience for fans of the Nokia phones. As the leader in digital telecommunication in Pakistan, Jazz believes such enterprises will reap stimulating benefits for our customers”

Quick Read: Nokia 3310 relaunch: Price, features and all you need to know

Nokia 3310 was formally launched at the turn of the millennium in 2000 before it got discontinued with the era of smartphones. However, the company in February 2017 decided to relaunch it and the ‘king of batteries’ is all set for a master comeback.

The newly launched phone will be priced at £50 (PKR 6,500). It is also rumored to come with the same hulk like body. In addition, the battery life of Nokia 3310 will be as good and everlasting as it has always been.

The refurbished phone will be slimmer and would be coming with a VGA camera. It also contains Nokia’s Series 30+ software along with a 2.4-inch QVGA display. The phone also has the space for a microSD card slot. Moreover, it will also have a popular snake game.

So are you looking forward to grab Nokia 3310 in your hands?